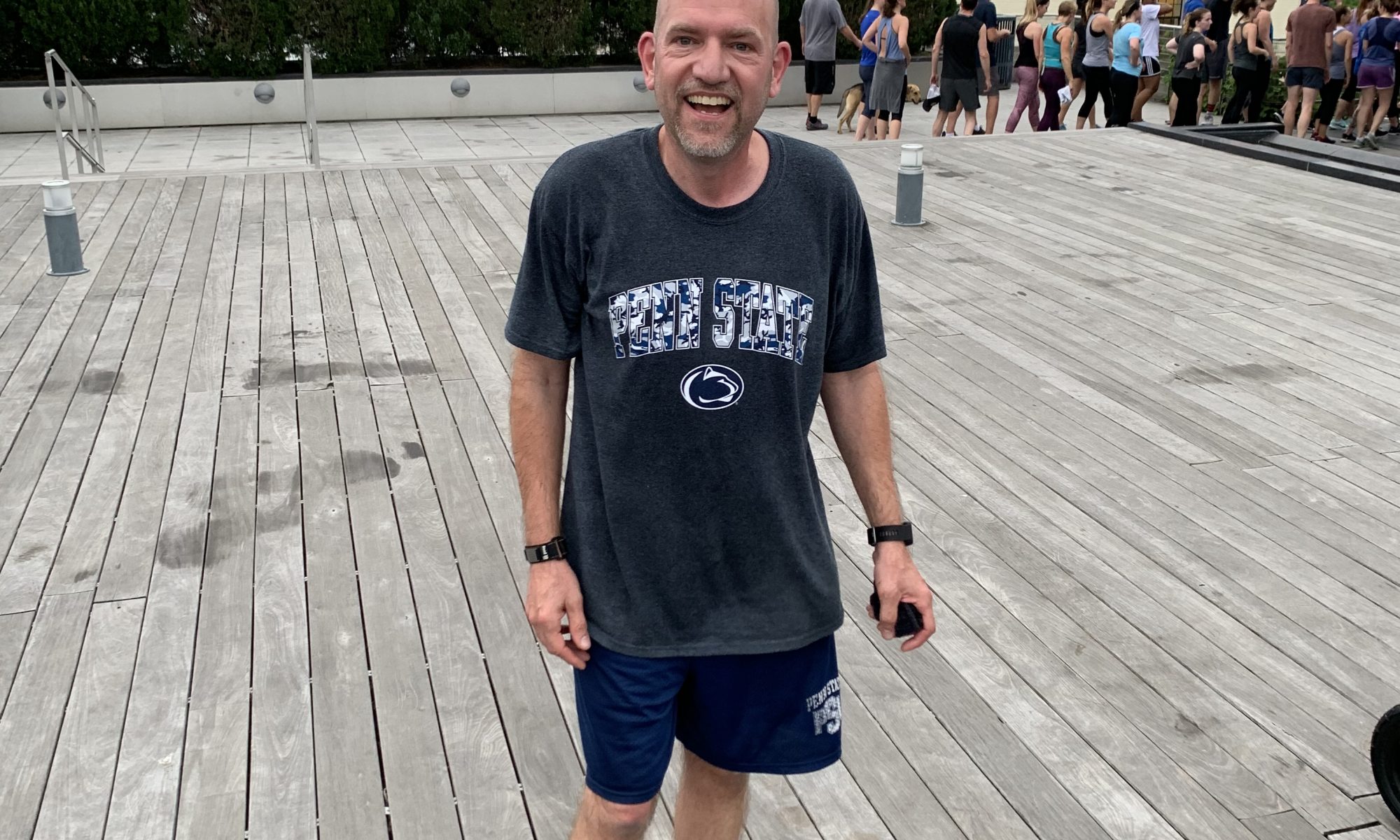 What is November Project?  In a word, it’s family.  It’s young, it’s ‘older’.  It’s female, it’s male.  It’s straight. It’s gay. It’s black, white, brown and yellow.  It’s ripped, it’s trying to get ripped.  It’s slow, it’s fast.  It’s the worst feeling of the day, it’s the BEST feeling of the day.  We all have some form of family and it probably has some or all of what I just said.  We know when to push each other and when we need a push.  We all love each other – just like a family does.

November Project is something that makes you want to get up at a time you’d rather stay in bed, because you know there’s someone there that needs you.  But you also just show up because you know that you need someone there too.  November Project is something you tell anyone and everyone that they need to come to.  You can’t really say why they need to come, but you know if they come just once, they’ll be back.

It’s pushing yourself past the point you want to quit because you never know who’s watching you that might need your example.  It brings people together to collectively hold a four-minute squat-hold and clap and cheer until the very last person makes it back to the group.  It’s the high-five that you give to a total stranger because they just looked like they needed it.  Then three weeks later you and that stranger are having beers and sharing stories like you grew up together.

It’s the passion, enjoyment, and true-caring shown by our tribe guides to get the most out of EVERY SINGLE PERSON who just shows up.  Not for their own recognition, but for what it might mean to that person.

There is NOTHING like November Project, or at least that I have found.