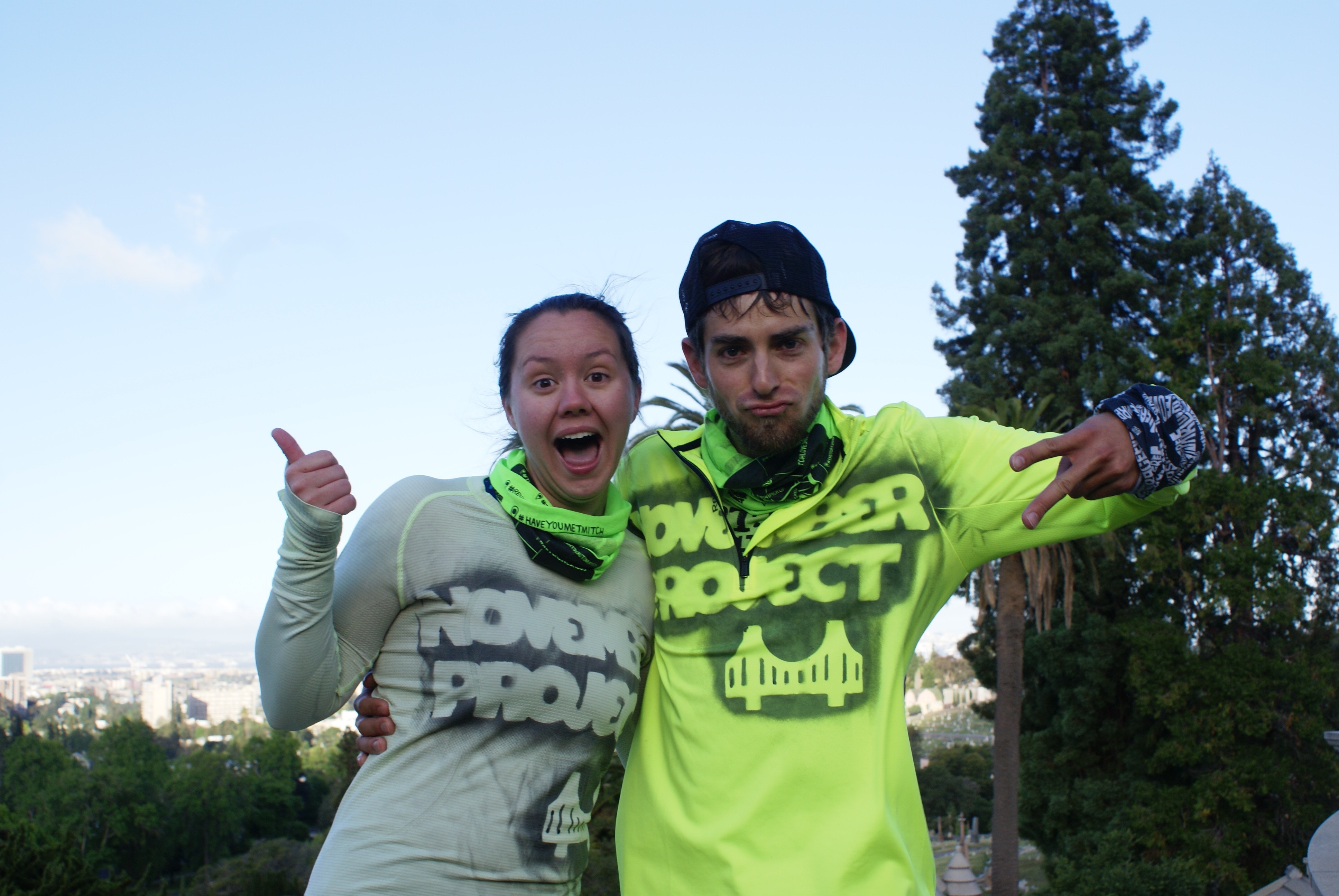 Guest blog from our East Bay hosts today. Thank you Kat, Charles & Co for showing us what we have an offer over here. We’re excited to get for a couple more Fridays this year.

Traveling is something at which the East Bay Gang excels and the #EastBayCarpool has become the stuff of legends. The Carpool shuttles our #EastBayGang between 5 cities (Berkeley, Oakland, Emeryville, Alameda and San Francisco) to NP workouts on a nearly daily basis. So when we learned that everyone from #NPSF would be visiting our side of the Bay we knew we had to help make the travel worth it! For months, East Bay Gang has been surveying the land to find all the best this side of the bridge has to offer: from a combination of serious “vert,” easy access, ideal parking and of course #alltheviews!!

Boy was there a turnout! #CarpoolGang, #BikeGang, and even #RunGang were strong today. We had over 10 new friends and traverbalers join us and we were so pumped to meet: Jarus, Rachel, Anders, Cornellu, Connor, Ben, Chris, Jenny (don’t forget the Olivia-Krafts).

The creepy destination, the Piedmont Cemetery, offered glorious views of the Bay, fancy obelisks and headstones, towering mausoleums in billionaire row (aka “Millionaire’s Row”), and countless unsolved murder victims buried beneath (more info about this cemetery at the end of the blog).

Scarles aka Charles started off running and led the tribe up the hill before the hill. #CoachKat, likely still awake from almost two days of traveling from Nigeria, rallied the brave of heart into a bounce, giving nods to everyone who has made the #EastBayCarpool what it is including a nod to the former #trustyvibe that started East Bay Carpool Gang and of course #EastBayStrong.

Scarles aka Charles, explained a route to the top for #alltheviews and they were off! While everyone seemed to take slightly different routes, #wheredidcharlesgo?, around the tombstones, everyone got to see the amazing view of all of our cities!

At the conclusion of the workout, Tommy, our youngest member, presented 3 of his hand crafted awards: Shannon won most high fives given, Andrew Hatch won most likely to be the third party write in candidate for the presidential election, and Mike Cantor won the creepiest runner award and best Larry Bird impression.

Note: Tommy invited both Andrew and Mike to the workout, so the results of the contest may have been biased.

After this amazing workout how could we not have all made some new friends?! One of our new friends, Anders, reluctantly gave #CoachKat his cell phone number and his wife’s email address to ensure they both participate in #carpoolgang…#NotNotACult

And the party didn’t stop when we called time, nor after gathering on top of the Crocker Tomb for pictures. Amanda set the bar high for breakfast gang, preparing an extensive spread. So extensive that we might need to change this name from #breakfastgang to #banquetgang. She cooked up amazing pancakes, while Mitch, founder and former East Bay Carpool Gang Organizer, cooked his famous scrambled eggs. Lauren brought her delicious baked apple and blueberry muffins, while Scarles’ world-renowned granola and granola treats were a hit, and we’ll stop mentioning the wonderful foods as my mouth is drooling again from all the scrumptious homemade foods.

Whether it is Scarles (aka Charles) and Dan traveling the world for science conferences, #CoachKat making it to the workout after two days of traveling from Nigeria,

Lauren and her weekly consulting travel, Alex jetting to Bermuda for boat racing, Amanda hiking the intense Inca Trail, or Katy, Nathan, and Tommy traveling the country to visit family and friends. In the midst of all this travel, East Bay Gang always returns to San Francisco to be with the NPSF family. Today was special, as East Bay Gang watched over 65 people, run, bart, bike and carpool to our side in order to conquer the Piedmont Cemetery hills.

East Bay felt the love, and hopes NPSF, new friends, and the visiting members from #NPLAX #NPBOS did as well. Thanks to everyone who came out for the challenge! East Bay Gang cannot wait to host all #NPSF members a few more times this summer, for more killer workouts! Expect the vert, expect all the views, and delicious food.

More details about the cemetery below:

Established by a tight knit association in 1863, this 226 acre cemetery holds quite a lot of deceased (well, we hope they are and stay in the ground…). The cemetery’s landscape architecture was designed by Frederick Law Olmsted; the same guy who designed New York city’s central park, UC Berkeley, and Stanford!

Getting a spot reserved in this cemetery might be worth the $3,500 (2012 pricing) for a crypt, way less than an average rent in SF for a month. What a steal! But if you want a house on billionaire’s row, you might have to chip in a bit more. Those who rest here will share some nice yet creepy dirt-space amongst great (and rich) notable company. From popular recent stars such as Mac Dre (Get Stupid, Feelin’ Myself, etc.); namesakes such as Stanford, Shattuck, Sather, Tilden, Kaiser; historic figures such as members of the Black Panther Party, founders of the California Public School System; to John Muir’s right hand man Joseph Le Conte (shoutout to our epic national parks!).

Countless unsolved murder victims have also been buried throughout. One of the most notable was the Black Dahlia, aka Elizabeth Short, in 1947 who was found in LAX park mutilated and …well, the details are pretty graphic and Tommy might be reading the blogs now so we’ll end it in here with that. It was such a sensational story at the time and has been the plot of multiple hollywood films, even the most recent in 2006. This case received so much attention that it has been claimed that over 60 people have confessed to the murder, with over 25 of them viable suspects! A detective on the case has been quoted saying, “It is amazing how many people offer up a relative as the killer”. Make sure to love your family, and love your tribe, might save you from a false claim in a trial!