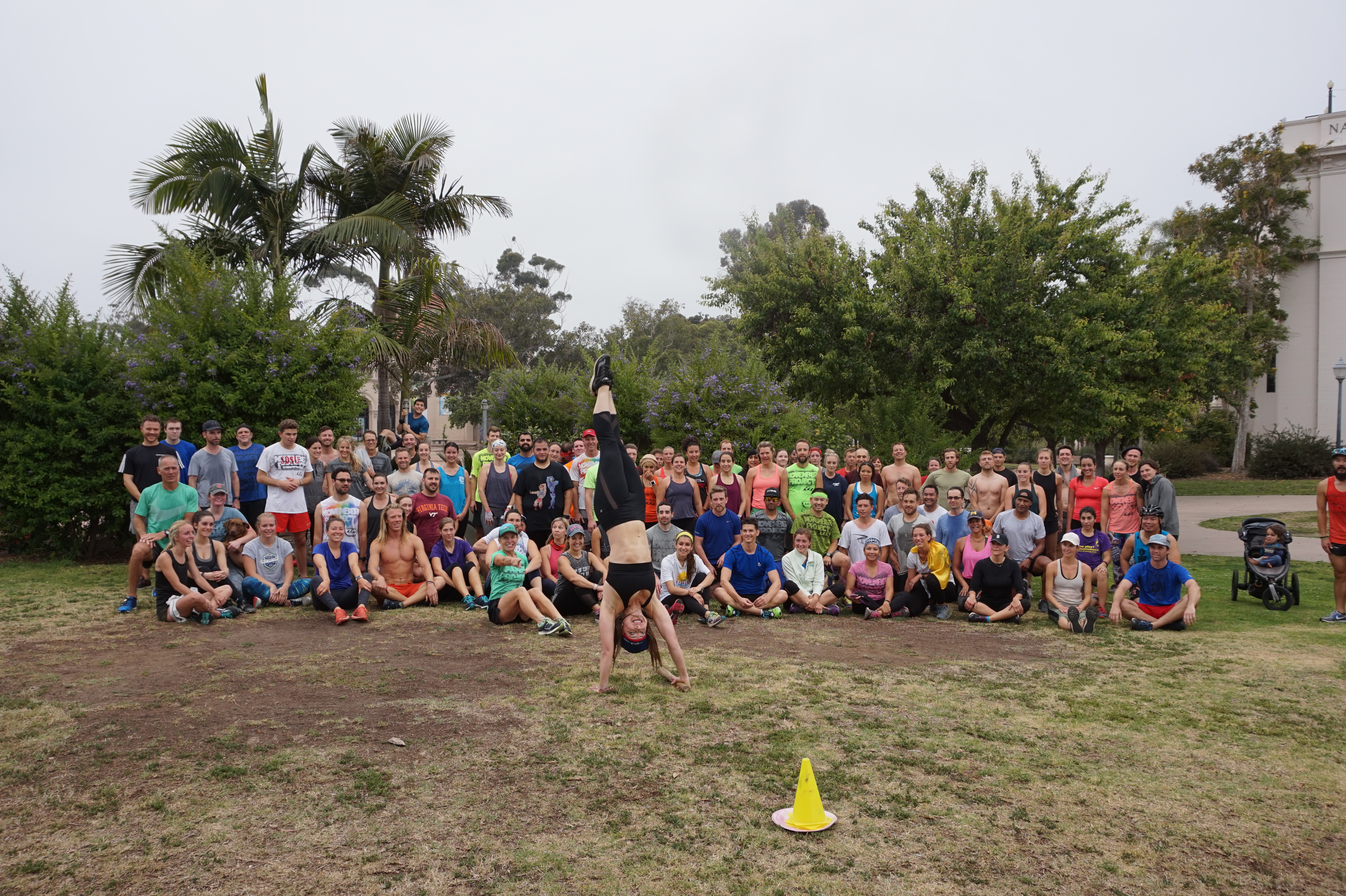 Today we have a guest blog post from someone we all know and love very much. She’s the one who’s doing crazy handstand burpees during our PR day. And she’s someone who will tell you to quit what you are doing… but strategically, with purpose.

You know how they say life begins just outside your comfort zone? Well there’s one thing that lies squarely outside of my comfort zone, and that’s groups of people. In groups I tend to feel an anxiety-producing combination of totally invisible and sticking out like a sore thumb.

Because I pretty clearly march to the beat of my own drummer, in ways that society generally finds somewhere between amusing and shocking.

Like the fact that I have an entire sleeve of henna at all times.

Or that I have zero desire to have kids.

Or that I have a youtube channel that’s mostly me singing in Portuguese or playing the bass very mediocrely.

Or that I spend my spare time Brazilian dance-fighting.

Or that my claim to fame is that I was plastered across national television having a very ugly cry, at which time I became the poster girl for the weeping Bernie delegates.

Or that I’m a doctor who barely practices medicine.

Or that I’m a yoga instructor who doesn’t teach yoga.

Those last three items of oddness involve the eccentricity that society generally finds most unsettling: that I am a proud quitter. So much so that I’ve made it my business to evangelize the benefits of strategic quitting to anyone who will listen.

But here’s where I’m NOT different from most everyone else: we all have childhood wounds that we spend our adult lives trying to overcome. Mine is that I’ve always been different, have never fit in in groups, and have a massive insecurity that I’m never going to find a “tribe” where I do.

How does that play out in real life? It makes group situations terrifying. Pile on top of that my disturbing inability to engage in small talk. You want to talk one-on-one for hours about in-depth topics from politics to your soul’s purpose in life, I’m your girl. But when it comes to having to make small talk, I end up saying something slick like “Nice birthmark? Where’d you get it?”

Since group settlings are all about the small talk, I generally avoid them like the plague. But despite my better judgment, I tagged along to November Project with my friend Arash one day last year. Or maybe it was two years ago. And you want to know the reason I don’t remember?

Because I quit November Project. Several times. So many times that I lost track.

I knew this was an incredible group of people, so I would come about once every six months, at which point I’d talk to no one, spend the entire workout in my head wondering why I was so darn socially inadequate, leave immediately thereafter, and vow to never return.

Confession time: I once came on mid-year yearbook photo day, stood in line, got my photo taken, and then ran. Not like ran the PR hill. Nope, I ran to my car, drove to my gym, and worked out by myself because I was so embarrassed that I’d spent 20 minutes in the line and never had the courage to talk to anyone. 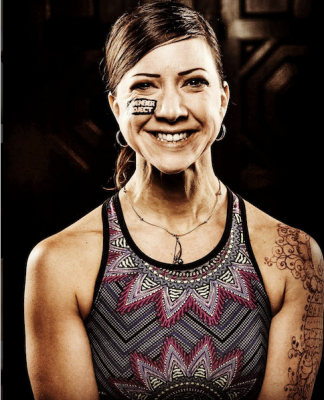 And I wish I could say it’s because I dug up some giant ball of courage or finally tamed my inner critic and started approaching people. It’s not. It’s because as I was leaving the workout, Patrick Keenan approached me and asked about my bio tracking ring. We spent a good half hour chatting about biohacking and rolflexing (shocking for Patrick, I know:). I felt on top of the world. I had engaged in an actual conversation with someone.

I parlayed the confidence from that encounter into the courage to go to the Team Hoyt dinner, where I met many other lovely NPers, including the inimitable Justin Kanoya, who got me into the facebook social hour group and coffee group.

I wish I didn’t sound ridiculously hyperbolic when I say that that one action completely changed my life, but it’s true. Going to coffee after NP and to the NP social events is how I met so many outstanding individuals. I have told many a person that I see my life in the same way that historians labeled time as B.C and A.D. For me there’s B.NP. and A. NP. And the ‘after NP’ life bears almost zero resemblance to whatever came before, because for one of the few times ever in my life, I’m part of something where I actually fit in. And I have friends. Plural.

Now I can’t imagine life without the people I’ve met in the few short months I’ve been here. It’s full of people who march to the beat of their own drummers, and they have taken me in as one of their own. Moreover, the support they’ve given to my fledging little quitting enterprise is beyond measure. From those who have been bold enough to come on my podcast, to those who have listened to some episodes, to those who don’t miss a minute of it and post about it on facebook like they were president of the Quit Happens fan club (I’m looking at you, Sheila! :), I’m well aware that much of the confidence to keep putting myself out there in my business comes from the positivity the NP tribe continues to show me.

So today as our co-leader Eugene started to announce who was going to get the positivity awOARd, he started by saying that the recipient had a unique outlook on life, and was very open about sharing it.

At that point I distinctly remember thinking “Man, that’s a lovely thing to say about a person. I hope someone sees me that way.”

Then he continued on to point out that the recipient had never PRed (personal record) because handstand burpees don’t count. Well, seeing as how I am the only handstand burpeeing fool I know, I became pretty sure he actually was talking about me. 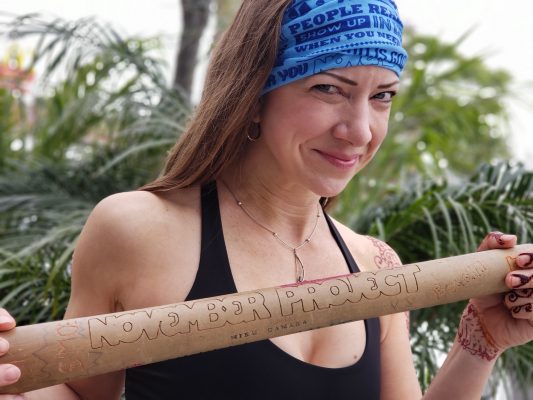 At which point it hit me: I just got the positivity award for being different. Being open. Being me.

And what my heart heard was: You’re not invisible. And you do stick out like a sore thumb, but we love you for it.

Which can only mean one thing: I finally found my tribe.

I won’t be quitting NP again. I’ll #justshowup until I can’t show up anymore.

One Reply to “Comfort Zone Expanded”