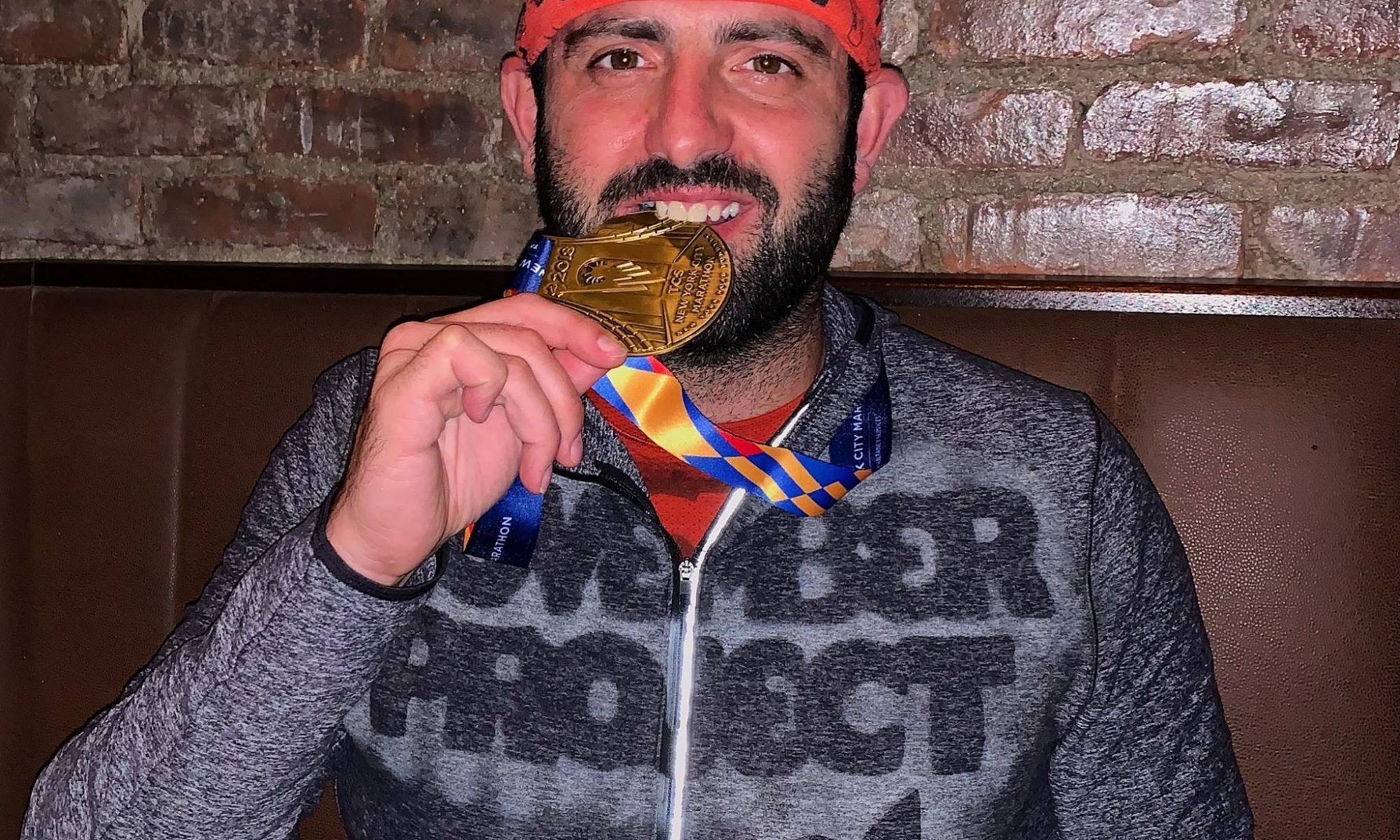 Definition: Someone who doesn’t understand one sport is hard enough!

For as long as I can remember I’ve always been around, and participated in, different types of sporting activities. I started swimming and snow skiing as soon as I could walk, while growing up in Bulgaria. I did swimming and diving when I lived in Mexico. I played pickup basketball in the neighborhood park in Israel. I played pickup soccer and basketball at the Columbia University Gym after moving to the US. I played on the Volleyball team at Aviation High School. I even played pickup basketball and volleyball at Stony Brook University but one thing I certainly avoided like the plague was anything involving distance running. For some reason or another I couldn’t fathom how people enjoyed any running so much, let alone run 10Ks, ½ marathons, or marathons for FUN!!!

Oh my how things have changed!!!

In 2010, my then roommate was getting rid of an old road bicycle so he could upgrade to a lighter, carbon fiber bike. He asked if I’d like to have it or else he’d be donating it that following weekend. Though I enjoyed riding a bicycle, I never really biked anything more than some leisurely rides here and there. What in the world would I do with a road bicycle? What did I do? Of course, I took it and let it sit around my garage collecting dust through two moves and 3+ years. Not until I moved to New Orleans in late 2013 did I clean that dust off, hit the asphalt, and never looked back.

Here I was in 2015, enjoying the road bicycle more and more (a few charity century rides later) and spending lots of hours training on the New Orleans Lakefront and the Mississippi River levee. One of my closest friends back home in NYC, one that never had any interest in cycling, signed up and completed his first triathlon, a sprint I believe, after some tough convincing by his wife to join her work fitness group. After my friend finished his triathlon, I mentioned the story to a co-worker, amazed at why would anyone in their right mind want to swim, then bike, then run?!?!? Wait, if he can do it, maybe I can too! “Why don’t we make it our 2016 New Year’s resolution and sign up for one?”, we joked. The next thing you know, it’s June 2016 and we’re both at the starting line of the JAX Sprint Triathlon in Amelia Island, FL after some hodgepodge training just to make sure we finish. I finished 4th in the novice category and was absolutely amazed at the fitness level variety of the people that pushed their bodies through that finish line. I WAS IN LOVE AND I WAS HOOKED!

Getting back in the pool, phenomenal. Kicking it up a notch with cycling, done. There was still one little problem though, this one last discipline called running! I still had a love/hate relationship with it (lots of hate and very little love might I add). Throughout my hodgepodge training, I forced myself to go out for runs but really didn’t have that community support or anything to really hold me accountable. That’s where November Project came in and helped fill that void. My NP family helped make running a little more fun, from all their cheer stations at local races to all the crazy like-minded fitness people that pushed me on runs. I never could have imagined enjoying running, but here I am today, and I can now say that I really like running and am finally beginning to conquer the last leg of the triathlon.

It has now been almost 4 years since I first started this lifelong triathlon journey and people still ask me why. The answer is very simple. Swimming is fun, cycling is fun, running is fun, but combining all three distinctly different disciplines together is a challenge and thrill beyond any other, no matter the distance. The adrenaline rush of crossing that finish line is absolutely addicting, it just keeps on feeding my competitive nature! After all, the races themselves are the fun part. The training, carb-loading with tons of lasagna, and picking out fun destinations is the challenge!

I can’t wait to see what the next few years bring as I become a better triathlete and runner, and push myself across finish line of several of the World Major Marathons, a ton of short distance triathlons, and hopefully finally cracking that Full 140.6 triathlon distance in 2020!