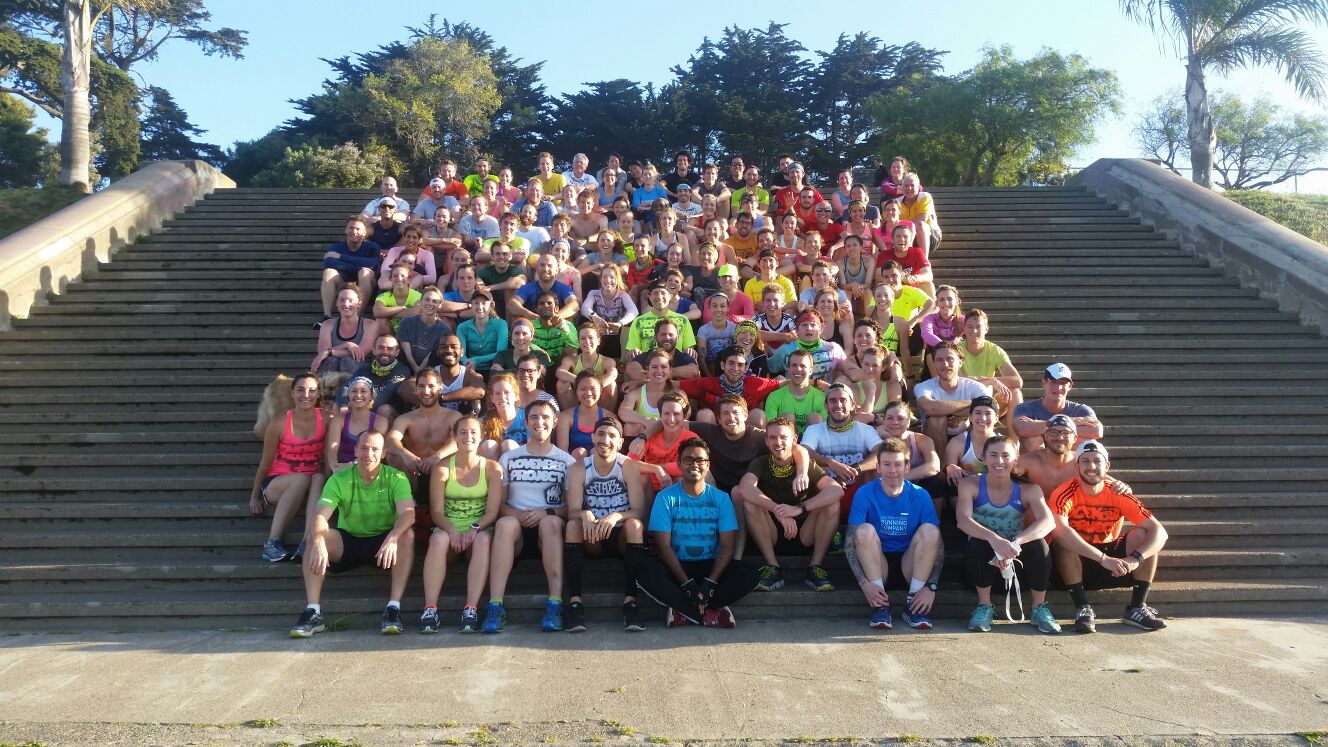 This morning a Strava film crew came to November Project San Francisco. They filmed us running up and down the steps, crushing burpees and all kinds of other good shit. What they don’t know is that they’re going to get some ridiculous stuff when they go back and look at the film. Here’s how I envision the conversation going in the editing room:

Strava Marketing Exec (SME): So, how’d it go with those November Project guys? Can you tell me what it was like?

British Film Guy (BFG): Oh it was so great. I hugged a bunch of people and formed a European allegiance with some guy who spoke loosely like me. I think I’m going to try their London affiliate. Apparently they’re pledging. So I’m guessing we’ll drink a lot together.

SME: Um, that sounds great. Did you get any good shots though? Can we take a look at the footage and audio?

BFG: Of course! You’re going to love it.

(Pops in very old school VHS tape. That’s how it looks in my mind okay?)

SME: All I see is people jumping around and screaming lines from Remember the Titans.

SME: Right. Uhh but was there anything we can actually use for our video?

BFG: You’re killing me. Anyway, here’s the good stuff. Apparently this guy’s name is Pete Kruse. I’ve heard tall tales of his greatness. I think we should make our marketing piece about him and his life story.

BFG: No worries at all man. I’ll make an independent low-budget feature film all about him myself and show you!

If you want Strava premium, here’s the google doc to get it done. The Strava folks were nice enough to hook up the tribe. This spreadsheet will help us finally find out how many people actually read this blog!