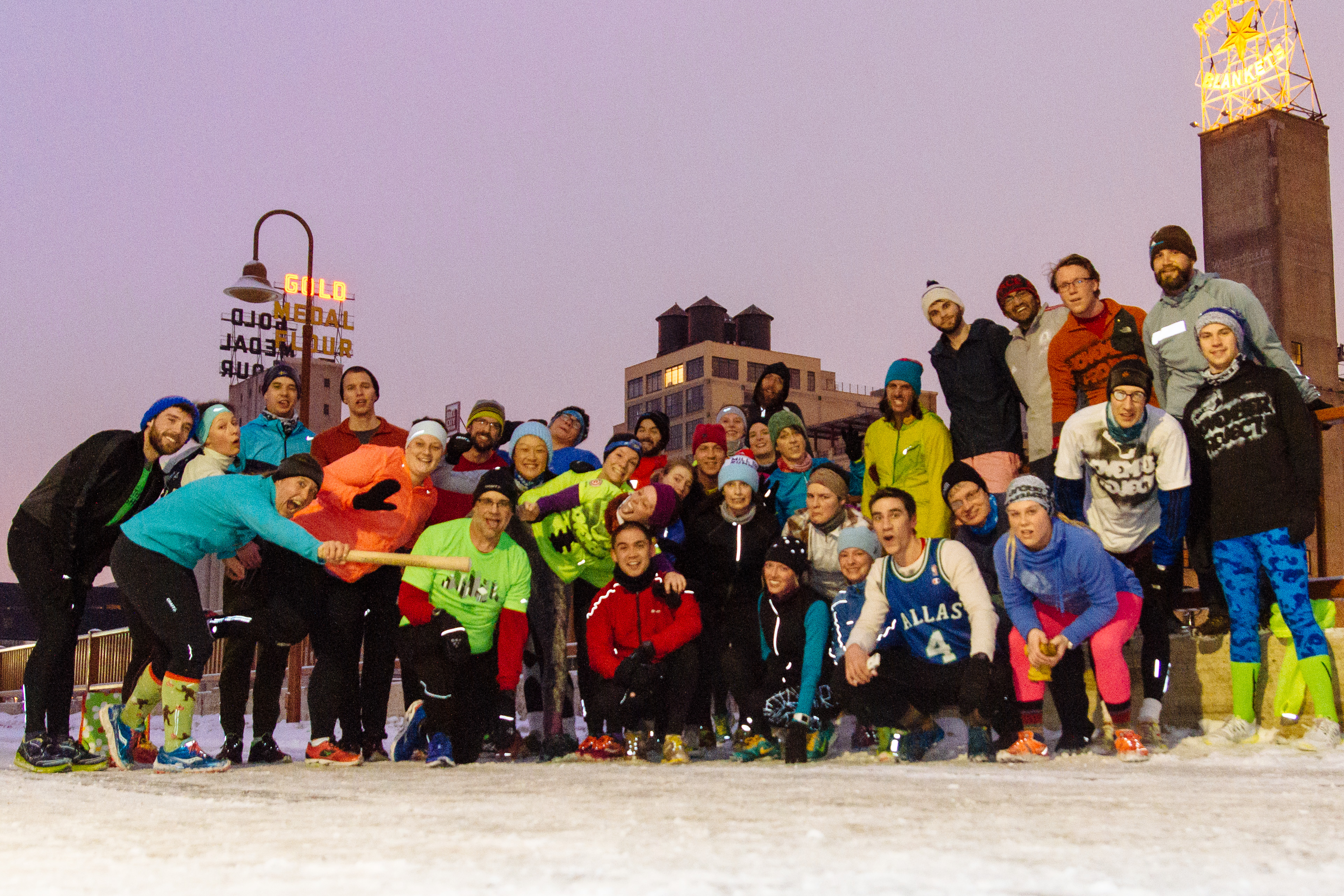 Today was MSP’s birthday, and we like our birthday cake with juuuuust a little bit of icing. The god of snow provided that thin layer this morning. Thanks Santa.

The first to show up to The Mill was a newbie; a newbie who claimed that he has no friends that wake up early. Us leaders proceeded with an eager Laugh Out Loud (LOL). His new friends, who DO wake up early, trickled in until we had formed a legit tribe.

The tribe got warm with some hugging drills. Face a human, spread your arms, and wrap them around the human in front of you… asses in! From there, we ran to the Stone Arch Bridge’s east side for the main workout, The Stone Arch Shuttle.

“The Shuttle”(slang name) begins on one end of the bridge, and eventually extends all the way to the other, over the Mississippi River. There are ten stops along the way. Each stop involves a set of burpees: 2 at stop #1, 4 at stop #2, 6 at #3, all the way up to 20 at stop #10. After each set of burpees is completed, one must turn around and run back to the start of the bridge where they complete 8 hoisties with a partner. They then head back over the bridge to their next stop on the Shuttle.

Pat and Guillame were today’s heroes by being the first and only to finish all ten stops on “The Shuttle”. They ended the workout for everyone by herding us back to the start line, together.

Colleen Supple and the rest of the tribe presented leaders with Power Jars, specifically designed to invoke power in moments of doubt. They are already working.

The birthday party went on without a hitch. 40 strong on the windy, wintery bridge. Year 2 has begun for November Project Minneapolis, and it will be full of power. Show up next Wednesday. Be apart of this.