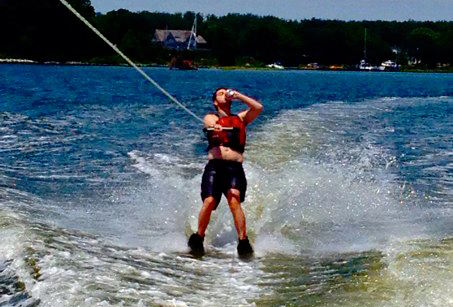 We missed you Brendan…

I thought for sure when I got this text last night that you would never disappoint us by failing to show for the workout this morning.

After all, it was PR day so we would never expect you to break a verbal and a double verbal at that.

We were at a loss this morning contemplating why it is you would break your verbal, and then, suddenly, we knew why.

Were you trying on new wigs?

Nah, maybe you were at your white elephant party and received the best gift of your life?

Maybe, but not likely. Were you too busy staring at the random picture of Lembo you have on your facebook page?

I admit, it caught my eye as well but I would still remember if I verbaled.

Hmm, were you being Disney dad again?

Passed out on a bus? Probably but that happens a lot and you still don’t break a verbal

We’re not sure why you would break your verbal Brendan. There were many people there this morning waiting for your usual hug and chants of “lets do this D.C.” and “Steve, Danny and Kaelan, do you have the positivity award this morning?”

Just know that while we’re not mad, we’re disappointed and next time, at least save some ice cream for us.