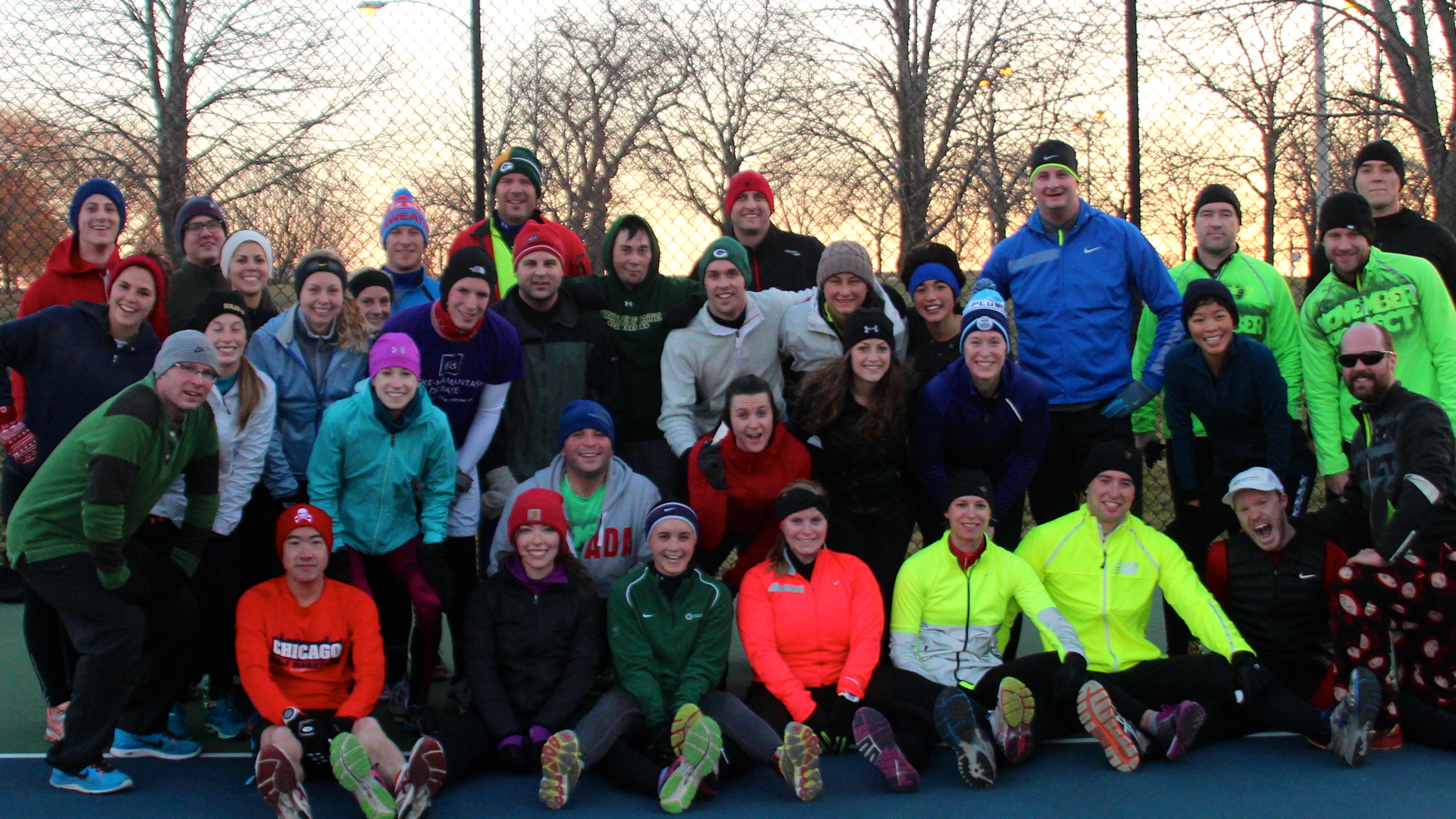 Hopefully everyone’s gotten over their tryptophan induced food coma from last week because today we took to the Waveland tennis courts for our inaugural phone workout! First there was number swapage of epic proportions as everyone jotted down their digits and put them into a hat. Everyone then picked a phone number, and that was the blueprint for their workout.

Everyone toed the line, and started running to different courts for each workout. The far line of each of the 5 courts had a workout written in chalk waiting for our pretty faces.

If you had a time based exercise (like the planks at #7) you did that exercise for 30 seconds. If you had a quantity based exercise (like the burpees at #5) then you did 25 of them. Once you had completed one exercise, you ran all the way back to the starting line, turned around, and continued to the next number. For those who had the same two numbers back to back (everyone with a Chicago number, I’m looking at you) was required to run back to zero before completing the second set at the station. We feel only marginally sor

ry for the people who had back to back 5’s in their phone number, but at least you earned that massive post-NP breakfast. Ali, we’re looking at you. Have a good week with the Positivity award, treat her right!

For the rockstars who finished their first circuit, there was a simple resolution for what they did next: DO THE PHONE NUMBER BACKWARDS! Good old Josh was therefore stuck doing 100 crunches in a row at station #0, but he was pretty happy about it… Right?

The extra little bit of spice for today was this: take your number, and text, call, snapchat, or somehow contact that person to say hello. We don’t care if you know them or not because that’s the whole point. It’s all about the friend making and smile spreading here at NP. Also if you have an excuse to send someone a slew of ridiculous texts and photos in the name of brightening their day (which you now do), then you should act on that.

The Buffs are coming, we promise. Orders have been sent in, and we are waiting to hear back from the manufacturer. If you have not yet given money to Andy, make sure to get in touch with him about that. Rest assured that if there are any developments regarding the status of the buffs, you will hear about it.