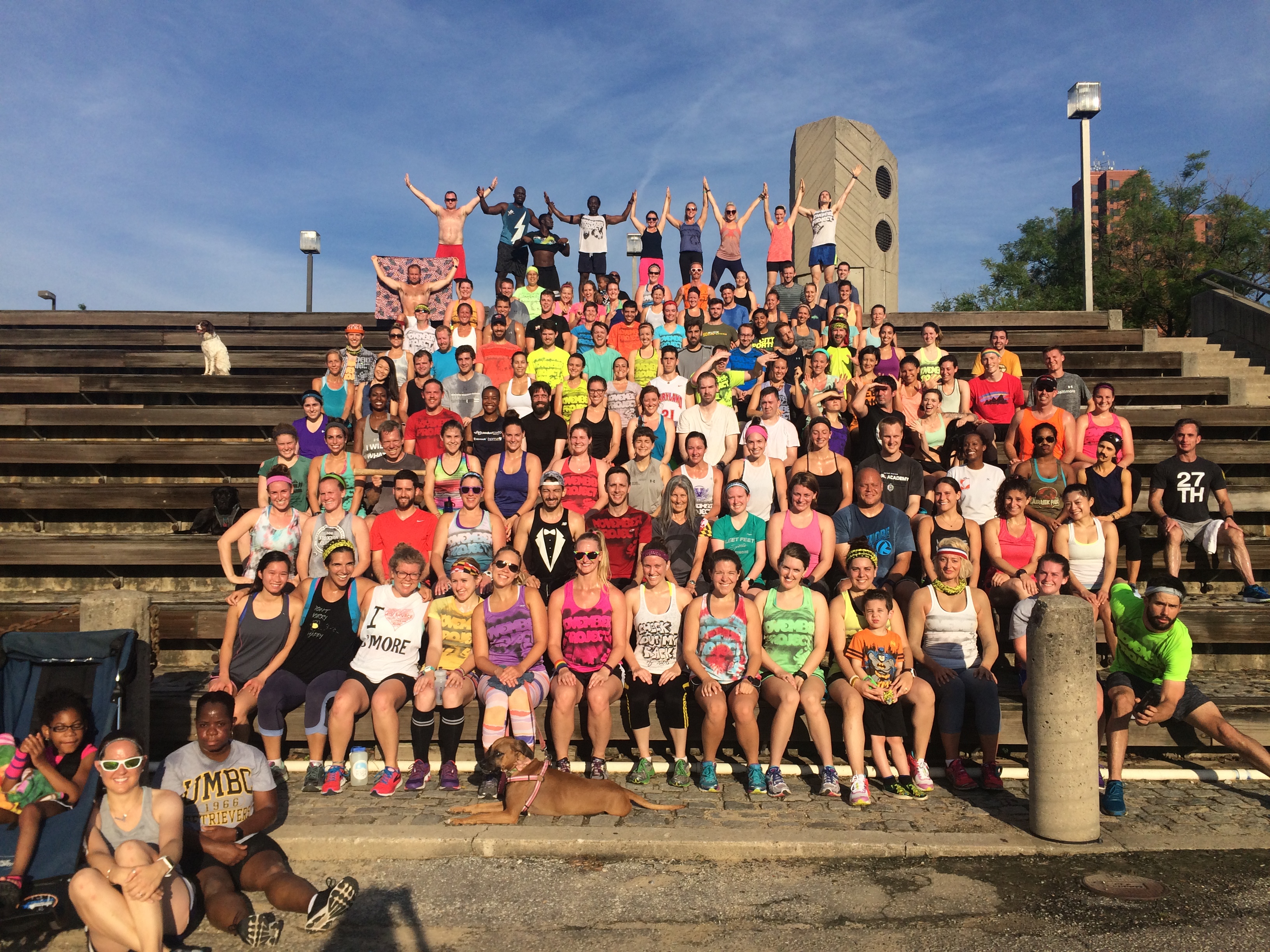 I’m about to tell a potentially embarrassing story, but it’s a story that has come to dictate a good many things in my life (and honestly, at this point, who gives a shit about embarrassment). It’s also the story I was thinking about while I was holding a plank in damp sand surrounded by 130+ other people.

Once upon a time, not that long ago I was studying theater at Connecticut College. When I was a junior I took a class

with a dude named David Chandler titled, “Improvisational Theater.” David  was (and presumably is) a Tai Chi master, an expert on stage combat and one of the most interesting dudes I had ever met. At around 6’3, David was built like an ox, had a massive beard and long hair and generally wore flowing, linen clothing. He had traveled all over Asia, been inducted into some martial arts hall of fame and had decided to settle down in Connecticut of all places. He owned Koi (of course he did). He was a genuinely funny dude and a joy to be around, but I came to admire him because of our similarities. While I wasn’t 6’3, 225 lbs, I was one of the few college athletes in that class, which is how I came to learn that David had been a fairly big time college football player and had turned to theater and tai chi to cope with some sports related injuries. Our athletic backgrounds and subsequent embarrassment at involvement in the theater was something we bonded over. (Coincidentally, legend has it that Chandler , the character from the show “Friends” is David’s namesake).

Anyway, about a month into class with David (which was filled with improv, impersonations, standup comedy and lots of other stuff which I enjoyed immensely) he proposed a game called “original play.” Original play is a game developed by some psychologists as a way of releasing stress and restoring natural, instinctual balance. (HEY…I see you judging…listen, I didn’t make that up, I read it in a book!). Basically the premise is this: two grown ass people get on a mat, and while speaking no words of any known language, begin to basically swat at each other’s heads and horse around like children do. The idea is to get people to “play” together without any sort of cultural confines or definitions of what having fun should look like. Basically, if you have someone like David Chandler to facilitate, a bunch of grown people can end up trying to pin each other to a mat in the middle of a college classroom before realizing that it’s immensely odd.

I’ll cut to the chase. Original play, if you can get yourself to detach from how weird and uncomfortable it is, is a pretty good time. As I said, I played college lacrosse and with that distinction comes plenty of stereotypes of who you should be, what you should act like and what’s normal. Original play is not normal (while simultaneously being more normal than anything else…that’s some inception right there) and is not something you go tell teammates about.  Honestly, I hadn’t thought a lot about that class and David until this morning, while I was planking in damp sand and watching grown people throw on costumes to take photos at 6:30 in the morning. So, while I was planking I was trying to remember why original play had been so embarrassing for me.

I realize now that David wasn’t asking us to horse around with our friends and randomly try to pin people to the ground as a sign of friendship. That would be a pretty odd way of making friends. In fact, if you asked David ( or any of us) now, I’d bet he would tell you that original play is pretty damn weird. BUT, by bringing us to a place THAT weird David was basically forcing us to ask “who are you to tell me what’s normal and why should I listen?” You don’t get to be a division 1 football star from Idaho, certified hypnotist and Tai Chi master by following the masses.

November Project is obviously not as extreme as original play. Yeah sure, you have to hug a little and maybe golf clap to entertain the co-leaders, but generally it’s a good workout with lots of fun people. But there is something about lots of grown people being willing to get out of their comfort zone (even slightly) that is fundamentally good for the soul and even better for communities. This is the part where I give you guys, all 150+ of you lots and lots of credit. November Project is basically founded on the principal that being outside of the norm is not just good, but essential. But, in order to have that idea flourish, you need people who can actually carry it out. Cue you cats. The time for putting in headphones and banging it out on a treadmill is over. We want  you wild cards, the folks who don’t wince at some sand in the shower, who bend down to pick up the trash in our park instead of complaining about it, who hug before most people have even brushed their teeth…we want the people who will get on the mat and not care a single bit what anyone else thinks about it. We want 300 of those people at a single workout.

This mindset doesn’t just apply to November Project. It applies anytime anyone invites you to anything. Aqua-Zumba? Sure, don’t knock it until you try it. Slow motion rugby matches? Sure, i’ll give that whirl. Curling? Seen it on TV, why not. If you know people that are basically down for it all, we want you to bring them to November Project. Nothing bad can come of 300+ people all willing to say yes to the best, weirdest things in life.

I know what you’re thinking…Nick, please don’t make us do “original play.” Yeah, I  promise I won’t, i’ll most likely never do it again myself. But, I have some weird news for you: You’re kind of already playing.

–Next Friday 7/1: We’re capping off our Race Week and kicking off our destination workouts. Next Friday will be a run/race called Sunrise 6k. More information on that to come as well as the location of this race. Bring your fastest friends, bring your slowest friends…just bring all your friends.

As a random bonus, here’s a totally gnarly video of Rodney Mullen’s nailing some sweet tricks.  No, I don’t skate, I just think it’s cool.