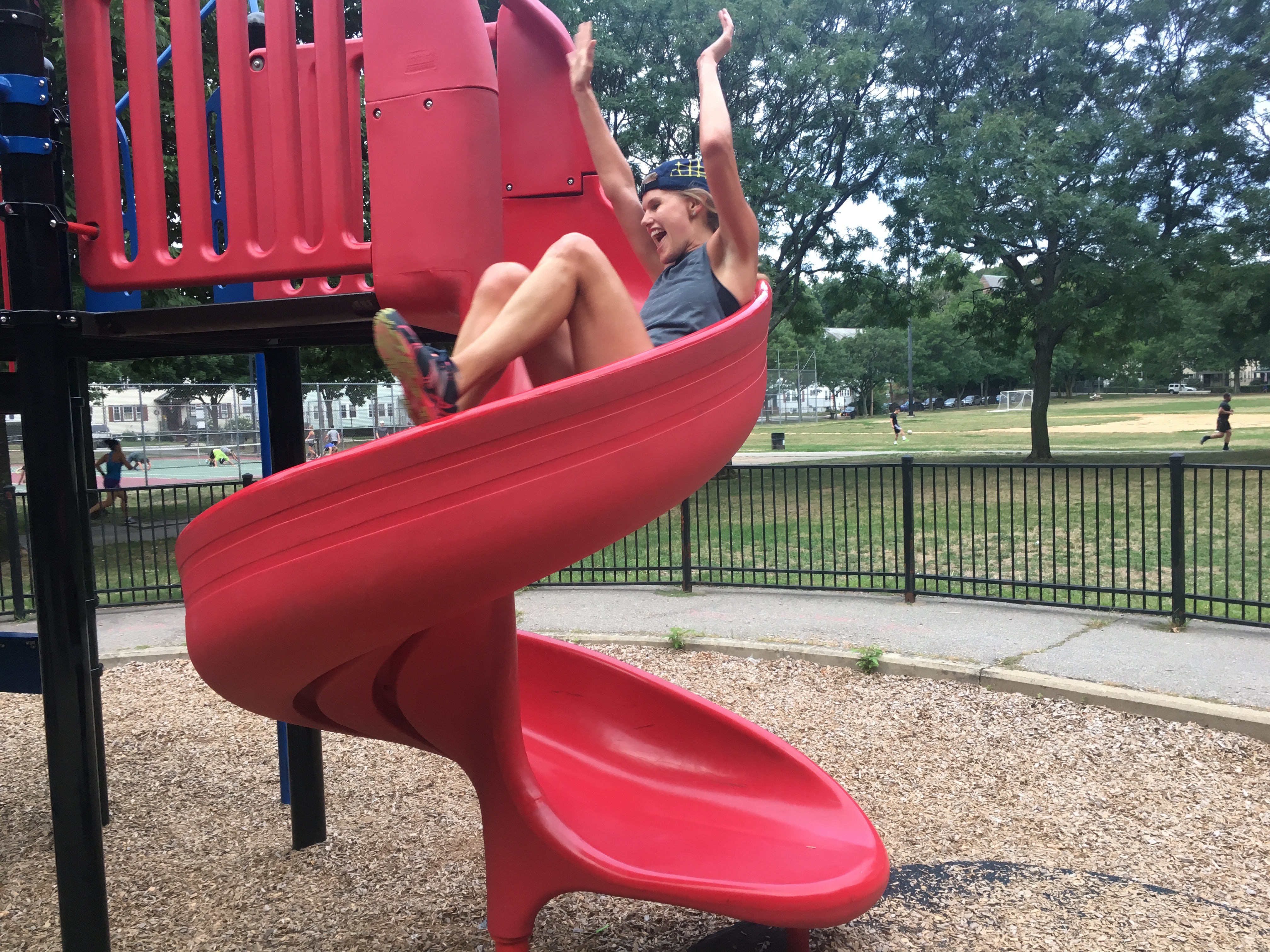 I had a conversation with a friend over the weekend about November Project.  How it has become a part of my life as regular and routine as coffee is for some of you, or Clif Bars (cool mint chocolate) are for me.  Or the morning poo, or vegetables at dinner.  You know, just a part of what you do.  But even after NP has become something you do week after week, month after month, or year after year–there’s still a reason you show up.  Fitness…yes.  Community…yes. But what if we dedicate the blog today to asking ourselves why we choose to show up. Why we keep choosing to show up.

Today, three seniors from Boston College showed up because it’s their first day of school–in their last year of school.  And they thought it’d be a great day to start their day, week, and year.

Another woman showed up today because she’s been cast in a play to act as a stripper, with a pole dancing scene and everything!  And she thought NP would be a good way to get into stripper-shape.  I think that statement should 100% go into NP promotional material.

A handful of people showed up today because they spend last week being Newbies and they’re ready to become regulars.  Part of the heart of the tribe who start coming and just never stop because it feeds them and fuels them in important ways, and makes them better human beings.

You might think it’s silly for me to answer–because duh Emily, you have to show up.  But I want to remind you awesome folks that I don’t have to show up any more than you do.  I choose to show up every day I do for lots of different reasons.  Many days it’s because I fucking love the look on your faces when we do something super hard, or really weird, or when we have those moments of absurd laughter while working out.  It makes those moments meaningful to me, to live them all together.  Today I showed up because I loved the fact that the workout was 6.2 miles away from my house in Dorchester and it challenged me and my friend John (who also showed up to NP with me on our first day almost 3 years ago) to run almost 10 miles to and from the Deck.  I showed up because I knew I’d get hugs today that I wouldn’t get from my cozy pillow at home.  And I showed up because Chris Payne and I designed a killer workout that I really wanted to see in action.  So while you might have said “fuck it, I’ll go” because you didn’t know what you were going to get…I said “fuck yeah, I’m going” because I hoped you’d show up to get it.  I show up because it’s never stopped being fun.  It’s never stopped being stupid and exciting, and really fucking hard too.  It’s never stopped making me better.  I’m glad I did that first day, and all the days in between until today.

And the rest of you…well go ahead and answer the question: Why did you show up this morning?  And why do you keep showing up?