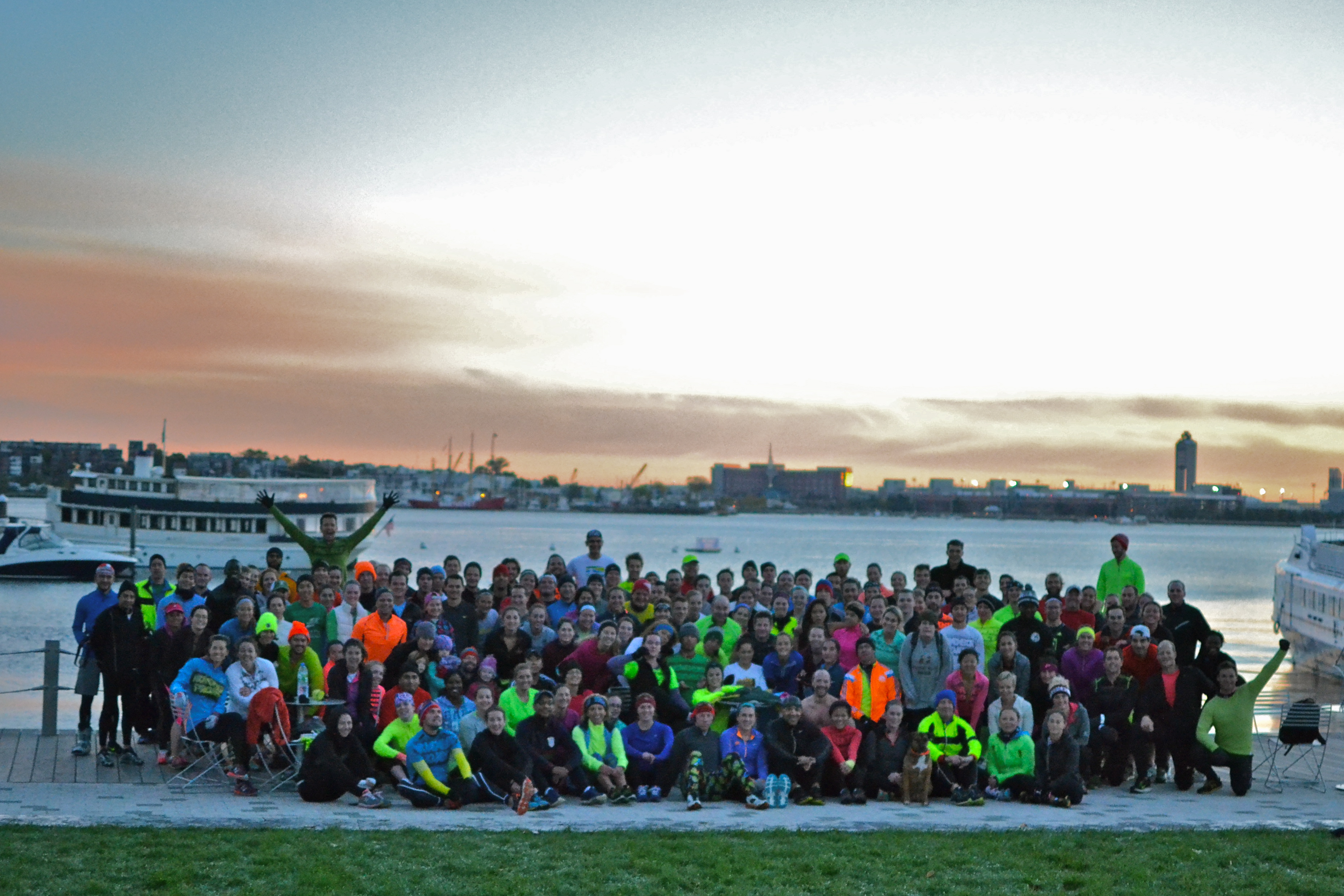 Our group photos are pretty serious. Straight back, straight face, no smiling. We don’t want to see a single trace of people looking like they’re having fun. Why? Because we’re not having fun. Working out is, and always should be intense, bitter, fierce, and agonizing. We try to keep things stale and boring. We’re trying to build a very inclusive group of only the best athletes in the world. And we’re failing miserably.

I don’t know what we’re doing wrong. Despite making you roll in the wet grass, mud, snow, or sand, more and more of you keep showing up. We curse like sailors hoping that you’ll get offended, instead you introduce us to your small children. Even though we make you run across the city through some sketchy ass neighborhoods, you still show up, running in a group, carpooling, or riding bikes together. Elevators were invented 200 years BC and here we are in the 21st century making you run up and down the stairs. WHAT ARE YOU THINKING!?

We try to come up with some intense stuff hoping that you’ll get scared, sore, and will never come back. But you do. And even though you never considered yourself as an athlete, you are now signed up for your first race that you’re absolutely crushing. I don’t get it! Why do you keep coming back for more!?

Is it the bear hugs, or the high fives? Is it the people that train with you? Is it the crisp morning ocean air tickling your lungs as the sun is coming up across the harbor? Is it the serenity of running through the sleeping city? I think it could be all of it… We’ll just have to put you indoors to run on a conveyer belt, lift heavy things, and charge you a monthly fee. Maybe then you’ll stop coming.