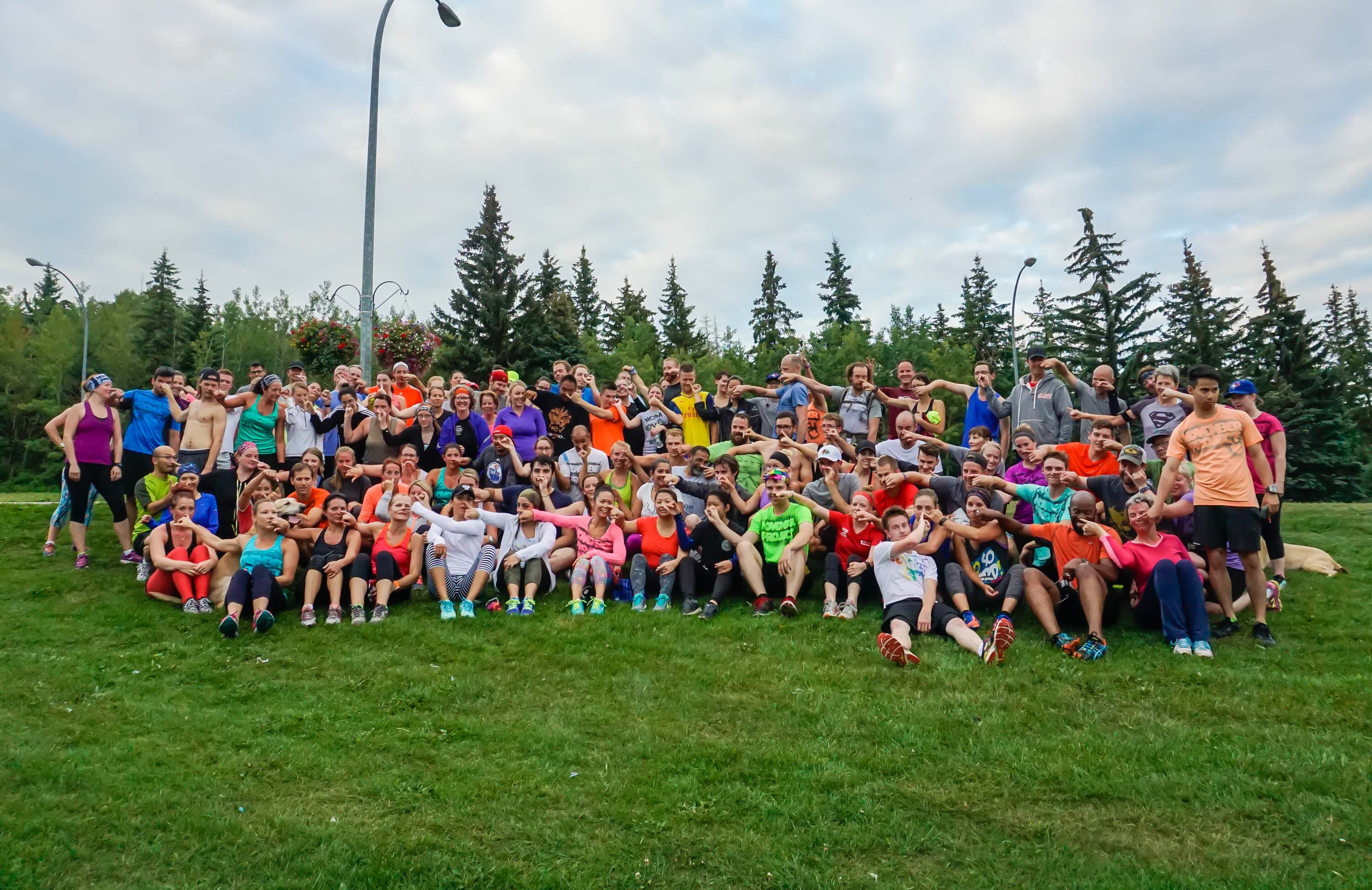 We’ve been getting a steady trickle of new tribe members join us over the last few weeks. Every morning, we ask who is new. The first time is always the hardest, and it only gets easier (does it?) after that. We also ask who brought someone new. Is it because we are proud of you? Is it because we really just want to know if you have friends? Is it because we want to know if you’re telling people about November Project? Is it because we just like seeing people put up their hands? Is it because we just like asking questions? The answer to all of those questions is a resounding FUCK YEAH. However, the main reason we ask that question is because we want to celebrate those who are helping spread the free fitness movement. I could write about everything I love about November Project right now, but that’s not necessary. Every single one of you are part of this free fitness movement because it strikes a chord with you. There’s something about waking up at a ridiculous time, sweating, laughing, hugging and chasing with a large group of people that makes what we are doing so unique.

And, we know that you’ve probably told people to death about this awesome thing you do called November Project, right? You’ve probably given them the details of what it is and they’ve said no. Well, next time you’re having a conversation (and have more than 30 seconds) with that person and the topic comes up. Try telling them about your experience at November Project. Tell them a story that was awesome or that sticks out to you. Tell them about how amazing it is when you get to the top of the upper deck at Commonwealth and you see the sun rise. Tell them about the time you were playing Capture the Flag with 150 other people. Tell them about that guy who is 86 years old and is at Commonwealth every week. Tell them about that family who comes so they can not only improve their health, but spend some family time together. Tell them about that time you ran through the fountains at the legislature. Tell them about that time where you didn’t want to touch someone’s sweaty nose at the workout, and you thought it was gross, but you did it anyways, and it strangely wasn’t all that bad. Whatever moment you want to share with them, so that they can share other moments with you! And then when they show up and we ask Who Brought Someone New, we can celebrate you, the true heroes of free fitness.

Monday, we are meeting on this track at 6am.