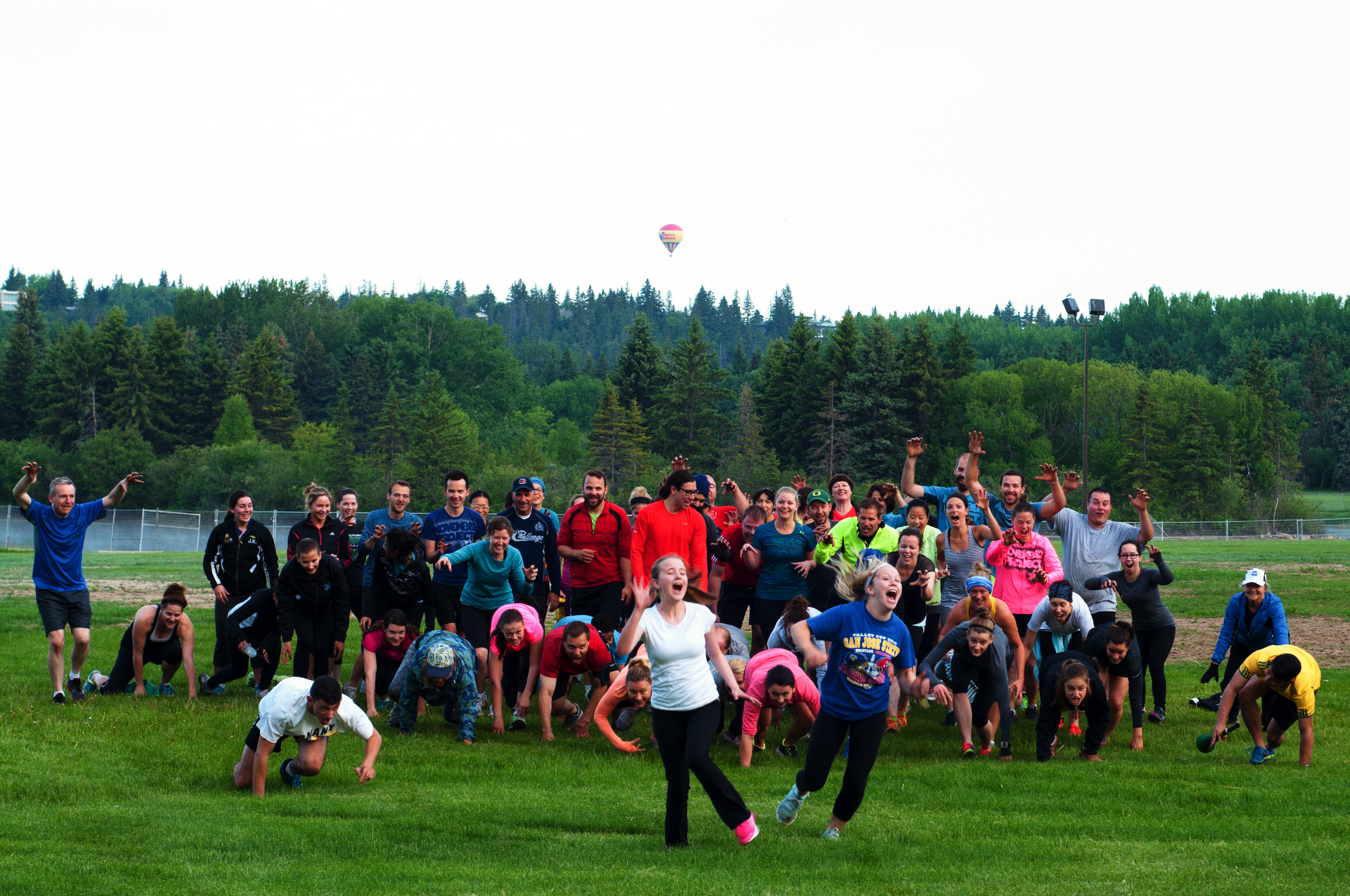 He planned the workout, was creative and excited to share it with the group, was sporting his South African football jersey brought his South African vuvuzela & at the climax of his energetic lesson…his big moment…he had an epic fail. Like when a trumpet player has his first solo and goes to play his first note and there’s nothing but air…nothing but air… As bad as it is to get nothing but air during a free throw in basketball its probably worse when you’re demonstrating the partner change up and you go to blow your horn and there nothing…nil, zilch, nada…and to top it off…your co-leaders just laugh…sorry Nadim…

But the great thing is…the workout wasn’t affected by that…we had an amazing morning of Rock/Paper/Scissor challenges…tribe members paired up…rock, paper scissor was played – winner held a plank while the non-winner (there’s no losers here) did a bear crawl to the tree, 10 reps of whatever exercise the winner picked and then ran back to the pack…partners switched when the vuvuzela was heard…& Nadim did redeem himself – the vuvuzela does actually make sound! After 30 minutes, we hugged it out with our muddy paws and went off to continue our Monday. BEST WAY TO START THE WEEK IS WITH THE TRIBE!

If you haven’t heard we will be running stairs at Commonwealth Stadium. Meet inside Gate 2 at 5:55 AM sharp…Park in Lot B

Today’s bear-crawl workout was inspired by these 2 dudes who were out running in Northern AB…crazy shit!