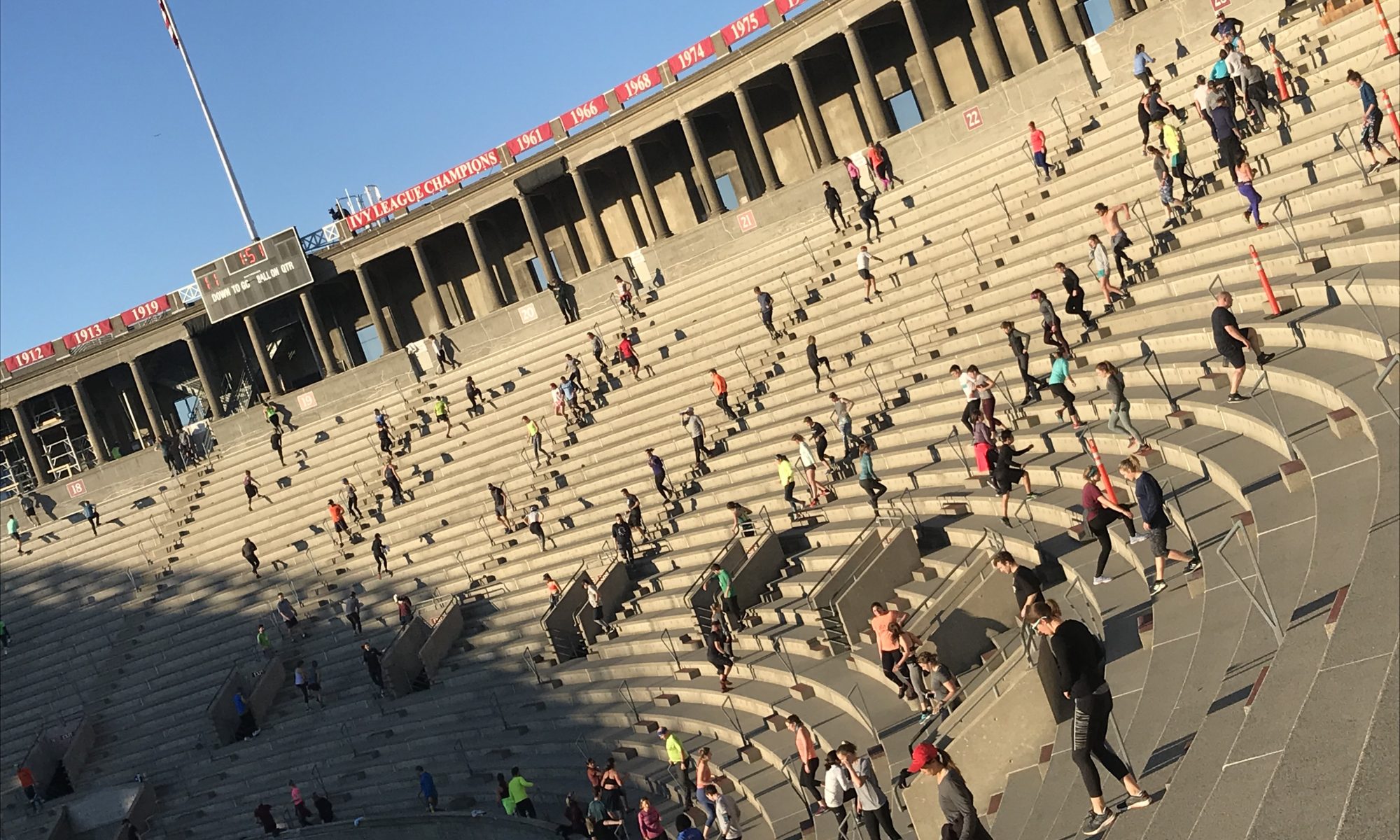 So much has happened in the last few days, it seems almost impossible to recap what’s gone on in Boston and at NP. But here’s a brief summary:

Monday morning we had the wettest, windiest, thunder and lighteningest, most amazing Monday workout I’ve ever been a part of. It was as if the stage manager for Mother Nature’s performance that day was dialed into the workout and waited patiently while we bounced and screamed at the top of our lungs “WHO ARE WE? BOSTON!! WHAT ARE WE? STRONG!!!” And then right on cue, as the eager crowed gathered for this raucous fitness experience responded “FUCK YEAH” to the reliable question “Are you good?” the rains released from the sky with a force equal to the excitement for the entire Marathon Monday day. Weatherproof we are, and we continued to run, plank, sprint up and down incredibly steep hills…and then to burpee in teams in the mud–in the puddles–in the storm that wouldn’t stop. Nothing was spared from the rain and the water. It was unbelievable, except that we were there, and we had to believe it.

There was this little foot race called the marathon.

The rest of Monday was entirely about the Marathon–and whether you were one of the volunteers at any of the hydration stations, street crossings, medical tents, or other official posts, or you were watching from anywhere on the course, including and especially at Mile 18 where NP takes over the hydration station as volunteers and where we line the entire first hill of the Newton hills up to that water station–if you were out there you know it was more than amazing. It was a gigantic day of struggle and challenge, of victory and accomplishment. It was all out there for us to take in and appreciate.

And from where I was at Mile 18, the hype of the race itself lived up to expectations–but the hype FOR THE RUNNERS from NP at that point in the race also lived up to, and probably exceeded expectations. There was so much positivity and excitement. So many high fives and cowbells and hand clappers, and beats blasting (thanks to our friends, and NP sponsor, Jaybird), and hugs and good vibes to send all those runners through the final third of the race and into the rest of the Newton hills with some energy and new fire inside them. It’s hard to actually describe what happens there, so I’ll just make this plug for next year–#JustShowUp with November Project at Mile 18. It’s something special.

It always feels good to show up to the stadium.

And today still holds some of that incredible reverberation of hype and “fuck yeah” from Monday. Lots of NP traverbalers from other cities (even other countries) showed up this morning after cheering on loved ones for the marathon–or even racing on Monday and then taking on the mammoth stadium just for fun and the experience of it while in Boston. This morning brought out many from the doldrums of winter, to rejoin the movement, the community, the challenge and the reward that is NP workouts–and it was great to see the sea of faces.

Maybe you’ve already done that–and if you haven’t yet, pause right now and just notice how you’re different because of this morning. Feel it in your body (probably pretty easy), feel it in your heart, your mind, your energy, your feelings…it’s there on all the levels if you pay close enough attention. And that stuff you just can’t get any other ways. I know it’s the stuff that keeps me coming back workout after workout, week after week. And I’m pretty certain it’s what keeps this movement going and growing. Anyone else want to tell everyone in the whole wide world about it? Go ahead–while you’re on top of the world and before you get too sore to move, go tell everyone how good it was.

And then keep showing up…

on Friday for hills on Summit Ave at 6:30am. And remember that next week, the Monday #DestinationDeck workout is at 6:30am @ Lovejoy Wharf (map right here). And next Wednesday is #PRday at the stadium and it’s time for everyone to show up, thrown down, and start seeing exactly where we’re at after all that winter training. No matter if you’ve done a lot or none at all, start here, start now. Just. Show. Up.