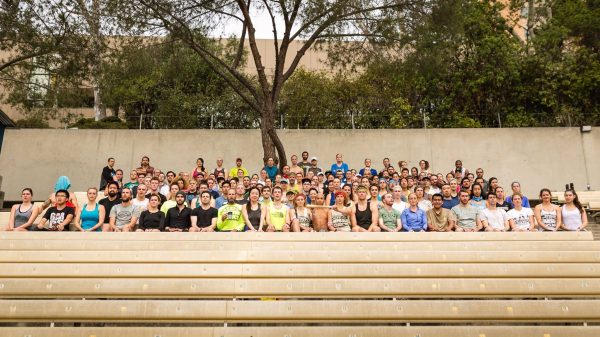 It’s easy to feel lonely in Los Angeles. We spend a lot of time frustrated with traffic, working, and having superficial interactions. Most of us have to make the choice between being in shape and having a social life if we ever want to sleep or have a career.

In 2014 this brave and beautiful soul named Orrin Whalen launched November Project LAX. After experiencing the magic of free fitness at the mothership in Boston, he knew his home city needed a community where people could run, get strong, be out of their cars, enjoy the beautiful LA mornings, and have genuine connections with people – because giving someone a sweaty hug after a hard run up a flight of stairs is a lot more genuine than an Instagram like.

Tara and Maggie met at November Project LAX after they both #justshowedup. They fell in love with the community instantly and both stepped into leadership roles at various times. However, despite what the movie “Clueless” says, it does not take 20 minutes to get everywhere in LA, and these two wanted to start a location that would give Westsiders a spot to call home. 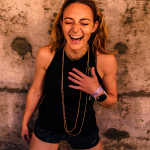 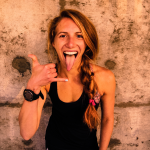 And so November Project West LA was born, a badass group of energetic stair-climbing warriors. We have all ages, all fitness levels, and we will always be free. Let’s hit those stairs together!

EVERY WEDNESDAY at 6:30 am at UCLA’s Drake Stadium