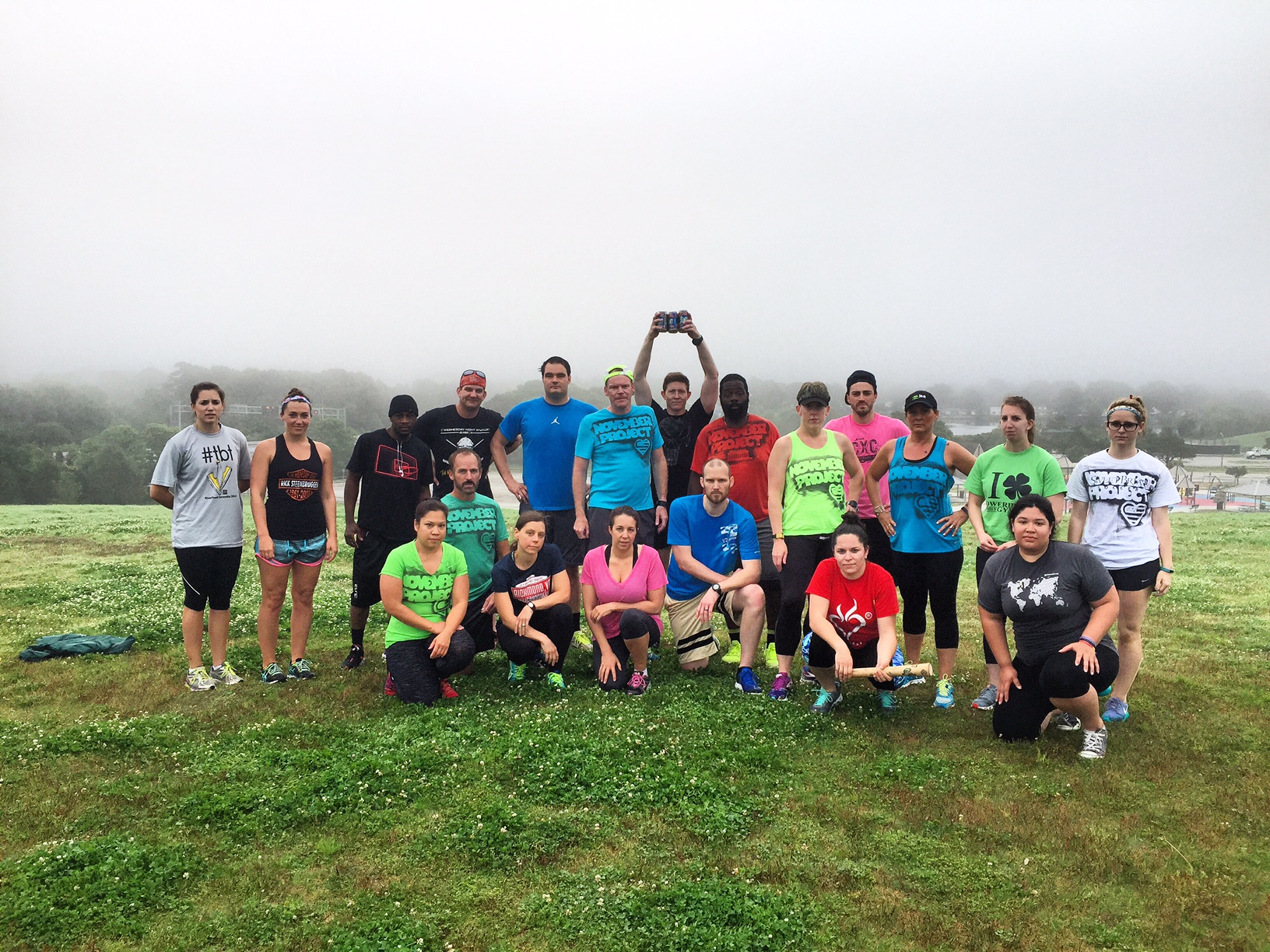 It’s hot. It’s humid. It’s that summer time heat. And we’re just gettin’ started. Keep that front defroster on blast, cause we just keep foggin up dem windows.. What. Am. I. Talking. About?

I am talking about that free fitness lyfe aka November Project aka grassroots movement aka #notacult.

Friday Pop-up 2.o is in the books. #NPtheBook, have you read it yet? You should. Also. Rumor has is NYC, CHI, & DC (#Mothershift??) are going to be on GMA (Good Morning America) next Wednesday June 8th.

I heard that NYC had to cap the prime time slot when NP goes live at 830AM to the first 30 people who show up. I said, why don’t you just hold it in VB, we only get 30 people to show up anyways… jk. #truthhurts #recruiteveryone #fillthestairs

It’s Friday. It’s almost the weekend. Here is a short story to ease you into the weekend.

Once upon a time a girl named smoothie met a guy named burger. They met at the airport on an idle Thursday afternoon. Well, that’s not entirely true. They met through a friend named orange via FaceTime at an airport after a few weeks (read days) of texting, yeah they move fast..maybe it’s because they run fast? Know who I am talking about yet? Good. I hope not.

Anyway. Burger said the way smoothie’s eyes shined, they put those Georgia stars to shame that night. Smoothie said: “That’s a lie.” Burger was Just a boy in his friend’s chevy truck, That had a tendency of gettin’ stuck.. On back roads at night. Smoothie was right there beside him all summer (weekend) long and then they woke up to find that summer (weekend) had gone.

Story is to be continued but I feel like it will be Happily Ever after for Smoothie and Burger. #Summer16 #TaylorSwift