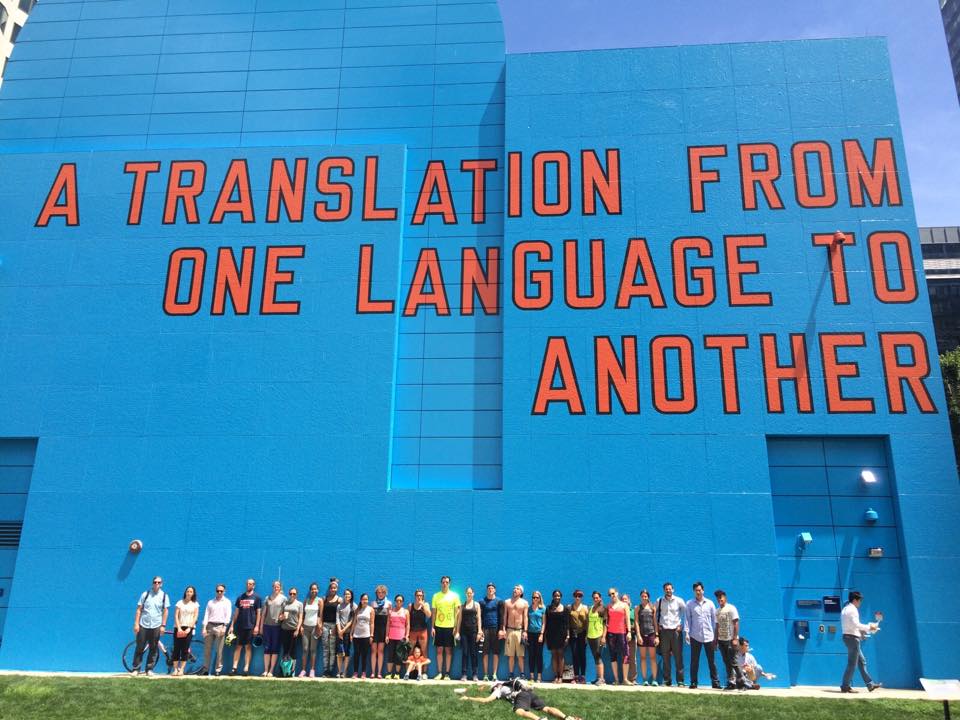 What happened today at lunch!? Well, we met back at the same spot we just had left… only 6 hours later. We’re glad you came and met us in Dewey Square (underneath this mural) for 7 minutes of all out burpees starting right at 12:15pm. You weren’t late, or you’d have missed it.

FAQ:
Weren’t there lots of people there?
Yep. It was hilarious.

Should I change?
No. You coworkers think you’re hilarious.

Were there showers afterwards?
No. You smell hilarious.

Was it actually lunch or a workout?
A workout, but there were also food trucks riiiight there. It was hilarious, and delicious.

Did I bring people from my office?
I hope so. Just make sure you bring them back. They might be delirious (not hilarious) after a Sebastian.

Did I wear GrassrootsGear?
Hopefully you can figure that one out, but it’d be hilarious if you couldn’t.