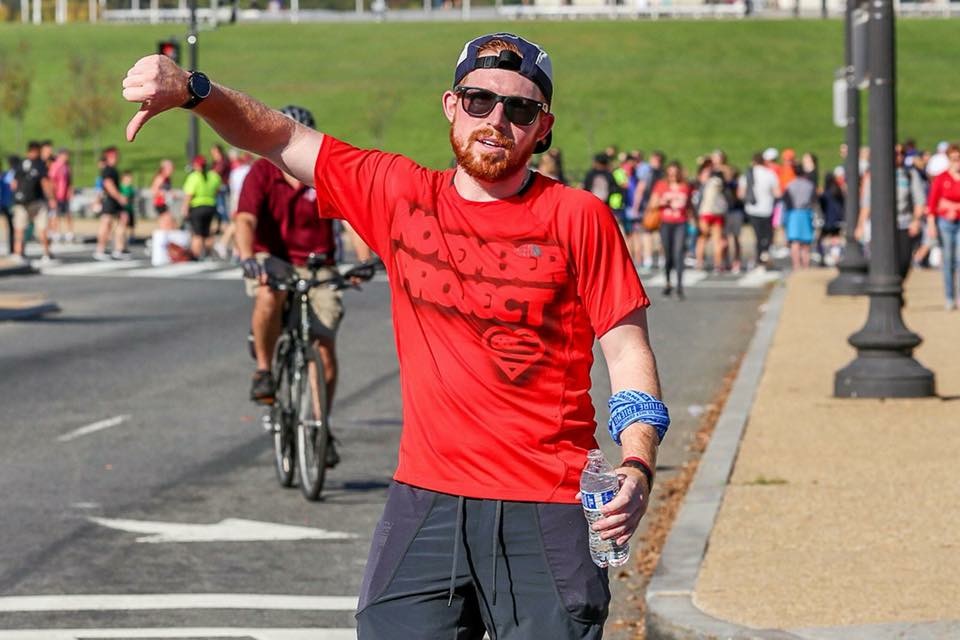 We all know Jeremy as an incredible, fast AF, community motivator, and all around kick ass dude. You’ll see him on Tuesday nights leading the masses as an inspiring co-leader of The North End Run Club and then a few hours later he can be found flying around Mt. Trashmore in his speedy tights and Nike Trail gear.  This guy has been a staple of our #freefitness community for a long time, and sadly this Friday will be his last workout with NP Virginia Beach. He heads off to NC next week to spread his love for all things fast and community with the people of Charlotte. We’ll miss you Jeremy, but we will see you again soon friend!

In other sad news, this morning a group of friends waited atop the local hill of trash, longing for the man with the football. Our retired fearless co-leader, Red, was no where to be seen.

But before we get into that, we must clarify what exactly is a textbook #verbal.  Does it have to be in written form, ie text message, or recorded form like a voicemail to justify a concrete “YES I’ll be at the workout tomorrow morning”? Or is the spoken word between friends a good enough verbal commitment? Not sure exactly, as we newbie co-leaders have been known to get it confused in the past.

Back to the questioned verbal at hand. Last night, many good friends attended the last run led by Jeremy (above) and discussions about Wednesday’s morning workout arose. The proposed dance party didn’t follow tradition, and our founding father, John, declared that he would be attending and bringing his football.  He wouldn’t let this pre-Thanksgiving workout be disgraced by bad dance moves and no pigskin. Numerous members of the tribe can attest to the events of last night, and all were present and accounted for at this morning’s Dance-Football Free-For-All!  But where were you John?  Not sure, but we missed you.  To quote the best:

“I’m not mad, I’m just disappointed. The feeling of being let down doesn’t feel good.”

“What is November Project founded on? Accountability. Your word. If you say you’re going to be there in the morning. You better be there. Period. Everything else is just the chocolate sauce, the cherries, & the whip cream on top.”