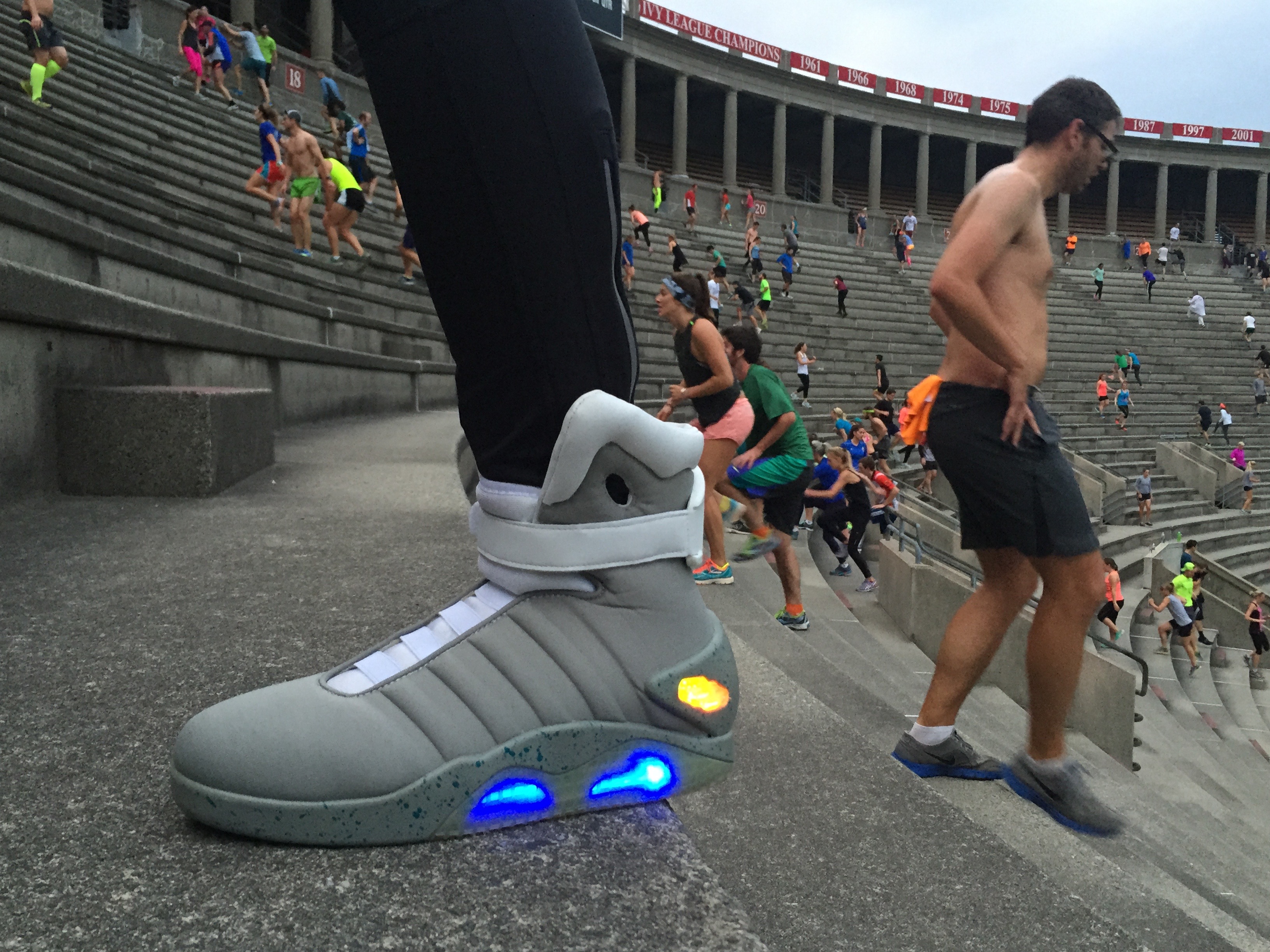 I’m up before sunrise, and my self-zipping pants zoom over and put themselves on my legs. The toilet-bot follows me around while I get ready for November Project.
“Evacuation complete,” it says as it turns around and begins brushing my teeth.
“Do you really have to use the same mechanical arm?” I think to myself as it finishes and puts itself away in the invisible cupboard.

Clothes on and ready to run stairs, I climb in my travel tube (I know, you’d think the scientists would have perfected teleportation by the 2070s) and tube travel right to Harvard Stadium. As I arrive, I’m greeted by thousands of other humans arriving at the exact same time, some of them flying in, some of them joining us as holograms. We bounce 20 feet high in our anti-gravity boots and scream “FUCK YEAH” using our ultra-sonic-boom-box-voices.

We get the workout underway. This is the first time I remember feeling normal since the Robot Uprising of 2053–not to mention the Ape Rebellion of 2019–thanks a lot James Franco. Running stairs. Where I belong.

This morning we run back–to the future. People go up and down the stairs, but without using their droneship. We do it to stay in shape–you never know when our Robots will start gettin feisty again… The total number of sections completed is automatically uploaded to the November Project Tracker via brain chip, although some people still do it the old fashioned way: through the Old Internet. All in all, people seem to really enjoy themselves more here than they do playing Xbox 37. I think it’s something about getting back to activities that we’ve been doing for hundreds of years and making real connections with other humans instead of just through talkyTV.

It’s ’cause of these things that I still miss the past from time to time. I miss driving a real car with an engine, and a skateboard with wheels. The taste of a cheeseburger instead of these stupid nutricio-pills that taste like dried-up, old ketchup. Maybe tomorrow I’ll wake up and it’ll be 2015 and it’ll be just as great as I remember it… maybe.

Sent from my GoogleMind Drive