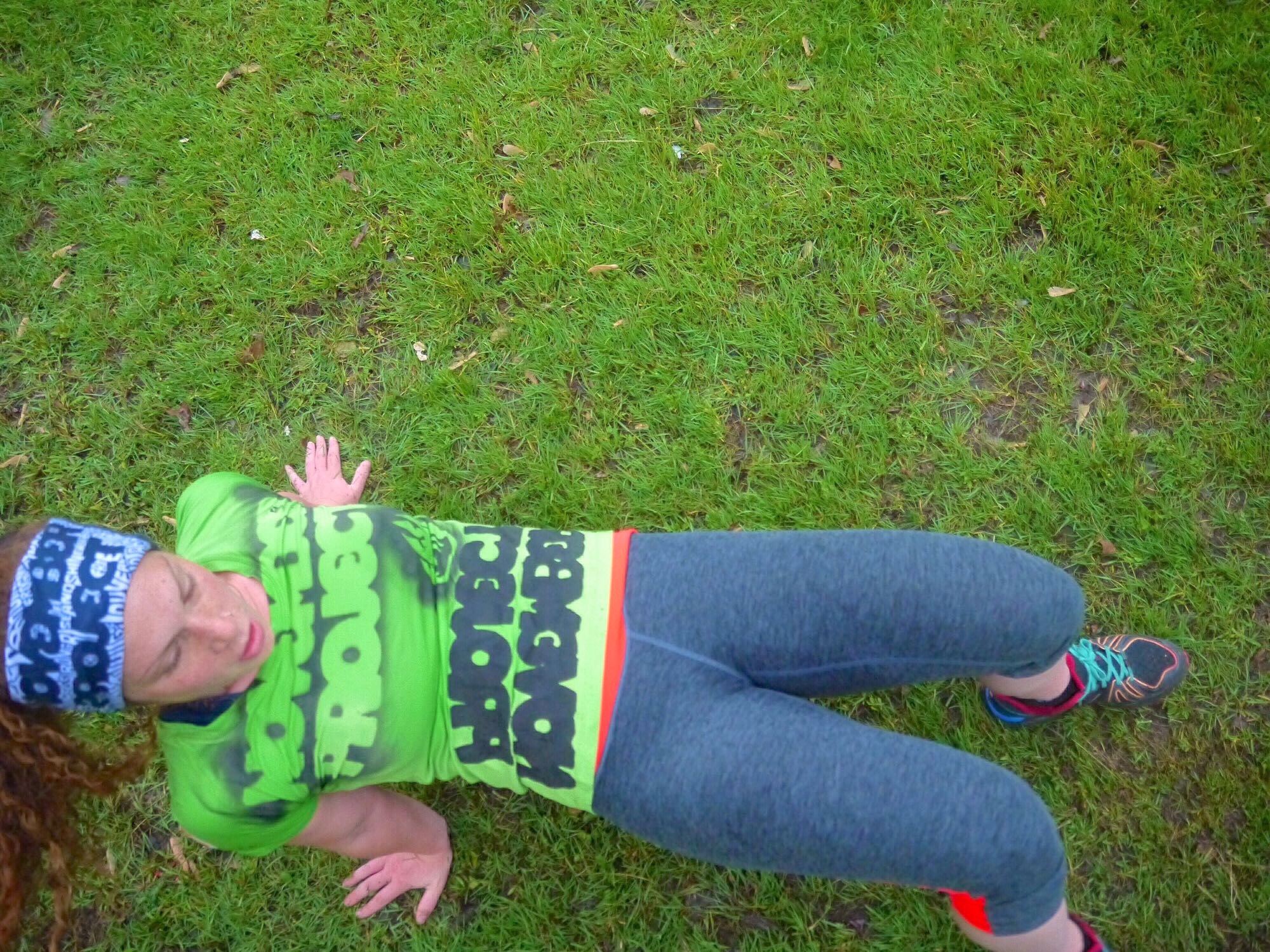 And we do weird shit sometimes.  Especially when we do the “Poop Deck” Destination Deck workout.  For anyone who was around last year we did a Deck along the Charles River, near the Charles River Canoe & Kayak dock in Brighton.  It’s a place where lots of geese like to swim ashore and eat grass.  And then they digest the grass.  And then they poop.  A lot.  Lots of geese.  Lots of grass.  Lots of poop.  It’s part of the circle of life.  I remember doing Bojans last year and dropping down into a little ball/Child’s Pose for my partner to jump over me and realizing that my face was in the grass…and in poop.  It was shitty.

Yet, despite all the bad poop jokes and shit references we can make about doing a DD in the same location this year, we did it.  Because sometimes you do weird shit.  And sometimes you do weird shit in the rain.  Sometimes you do it on a plane. Or on a train.  Or in a box, with a fox.  Thank you Dr. Seuss for being a wizard of words, and creating that tangent.  We only did the Deck in the rain.  There were no planes or trains, no boxes and no foxes.  There were crab walks, and partner high-five push ups, side shuffles, knee-up jumps, a gauntlet of picnic tables and a good amount of sprinting.  But no green eggs and ham.  And only a medium amount of poop because we were on the far side of the sidewalk from the river.  We think there was less poop there.  Which is nice, especially since it would have been so easy to do crab walks and unintentionally drag your ass on the ground when you got tired…and if there was a LOT of goose poop on the ground, you might look like you had shit on your fancy workout pants, and well, that just would have been shitty.  That would have been on top of all the “having crabs” comments that already happened in that section of the course this morning.  Yup, weird poop going in Boston this morning.

I realize this might be too much and I should stop here.

you can track your laps around the Poop Deck in the tracker!

But one more thing: There is a nice man named Drew, who is super good friends with the Charles River Canoe & Kayak people–and because we go to November Project, and Drew does too, he hooked us up with passes to go canoeing, or kayaking, or other water activity-ing for free, fun, fitness sometime in the month of June.  Thanks Drew.  See all the reasons you should remind yourself to be #weatherproof and #JustShowUp to all the NP workouts, especially the Monday Destination Decks? Especially the rainy, poopy, super fun ones? All the weird shit that goes down, you just might miss out.

Meet us Wednesday morning for breakfast.  We’re serving green eggs and stadium stairs, with a side of hugs.  DON’T MISS IT.  Tell us you’re coming with your #verbal. You know, so we make enough breakfast for everyone.