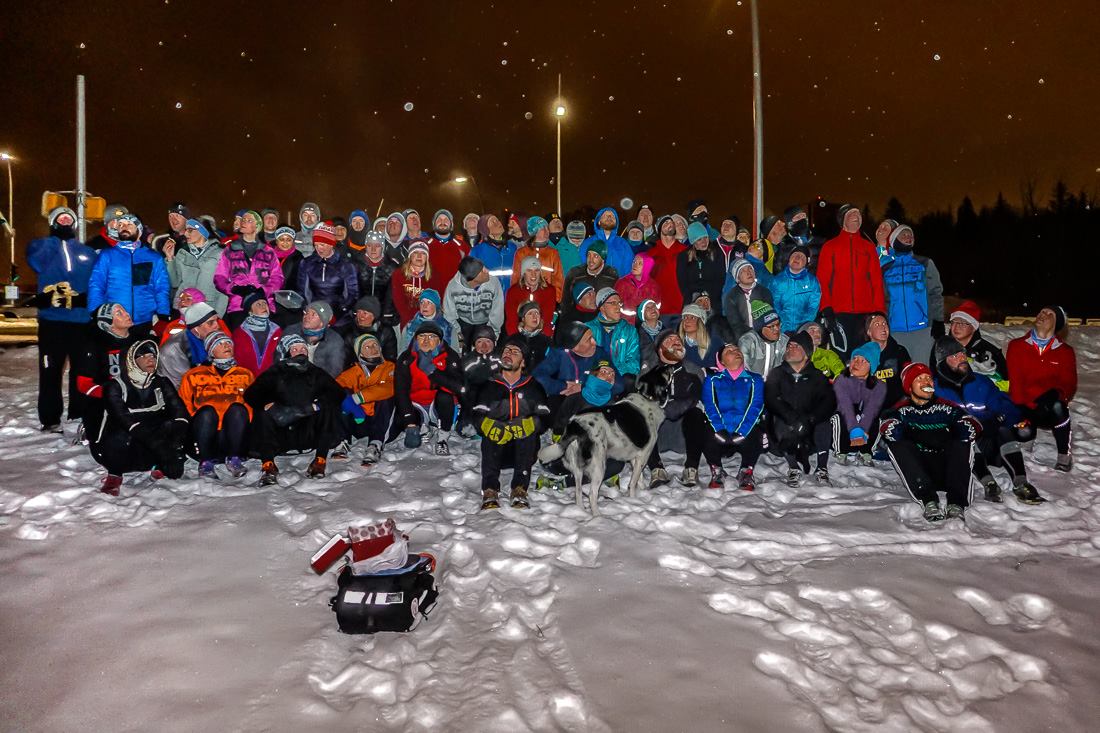 Last night we were talking about how this morning could be a -30C badge day and we might not have enough badges to give out because the forecast was calling for -23C and at that temperature, the windchill factors in pretty quick. I know in a pervious blog that I said that I don’t care about windchill but there’s 4 co-leaders and I’ll pretend that its a democracy because I’m the new guy but thats 3-1. For the newbies who don’t know what the -30c badge is, just keep your eyes peeled for other NPer’s gear, those who have earned em, show em.

I think everyone was ready for a -30C day since there were lots of layers that were on the ground throughout the workout. There was still a pair of shorts out so it couldn’t have been that cold, at least there was a toque instead of the beer hat, probably still a beer brand though. There were a few people in the Christmas mood with a couple boxes of cookies being handed out during and after the workout.

I don’t know what it is about the badge, even for the people that already have them, there are always those that are pumped for when the temperature gets that low. I’m not a very sentimental guy when it comes to trophies, medals and keeping race bibs but when the first batch of -30C badges were given out, I remembered the specific workout when and where I first earned it. I still wish we went skating that morning though.

Have a good weekend, Tyler