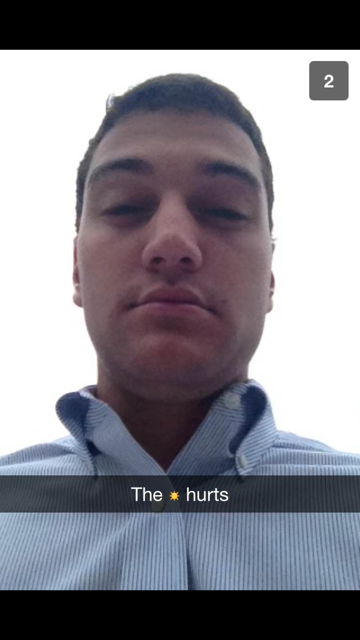 On the day Amanda Chuzi got the #PositivityAward, her best friend Zach decided not to show up after dropping a verbal. She took it upon herself and friend Addie to let him know that The Tribe missed him. Zach, lets not do this again, we missed you.

It was a beautiful PR day at the Lincoln Memorial.  Danny was welcomed back from Portland by hundreds of open arms.  The weather was brisk, reminiscent of April.  Hugs, “fuck yeah”s and smiles were exchanged.  Guess who wasn’t there? Zach.

If you’ve joined NP within the last two weeks you might think, who? Who is Zach? That’s because Zach hasn’t been to a workout in a WHILE.  “I was sick,” he said last night, “then I was on vacation.  Then I was moving.  But I’ll be there tomorrow.”  He said these words to Addie and Chuzi in his new, luxurious master suite in Columbia Heights complete with walk-in closet, private balcony and personal bathroom.  Sealed with two high fives. Then, like anyone living so luxuriously, Zach must have been tucked into bed by angels and serenaded into a deep sleep by muses playing harps and feeding him grapes.  Because when the alarm went off, he didn’t wake up.

Zach, just because you now live like a king doesn’t mean you can skip out on verbals like His Highness whirling power from the throne.  This is America, land of the free.  A verbal is a verbal.  We also hope you’re aware that, while your new room may be tilted exactly .06 degrees, trekking the vast expanse from your bed to your closet doesn’t count as a Lincoln Log.

We know you probably feel bad for missing out on Danny’s return, the beautiful weather, fun with friends, the chance to #SweetPR in August, OH, and the moment when your best friend in the whole world won the positivity award.  We know this won’t happen again.  But seriously, don’t let it.  Ever.  We missed you!

One more for good measure.