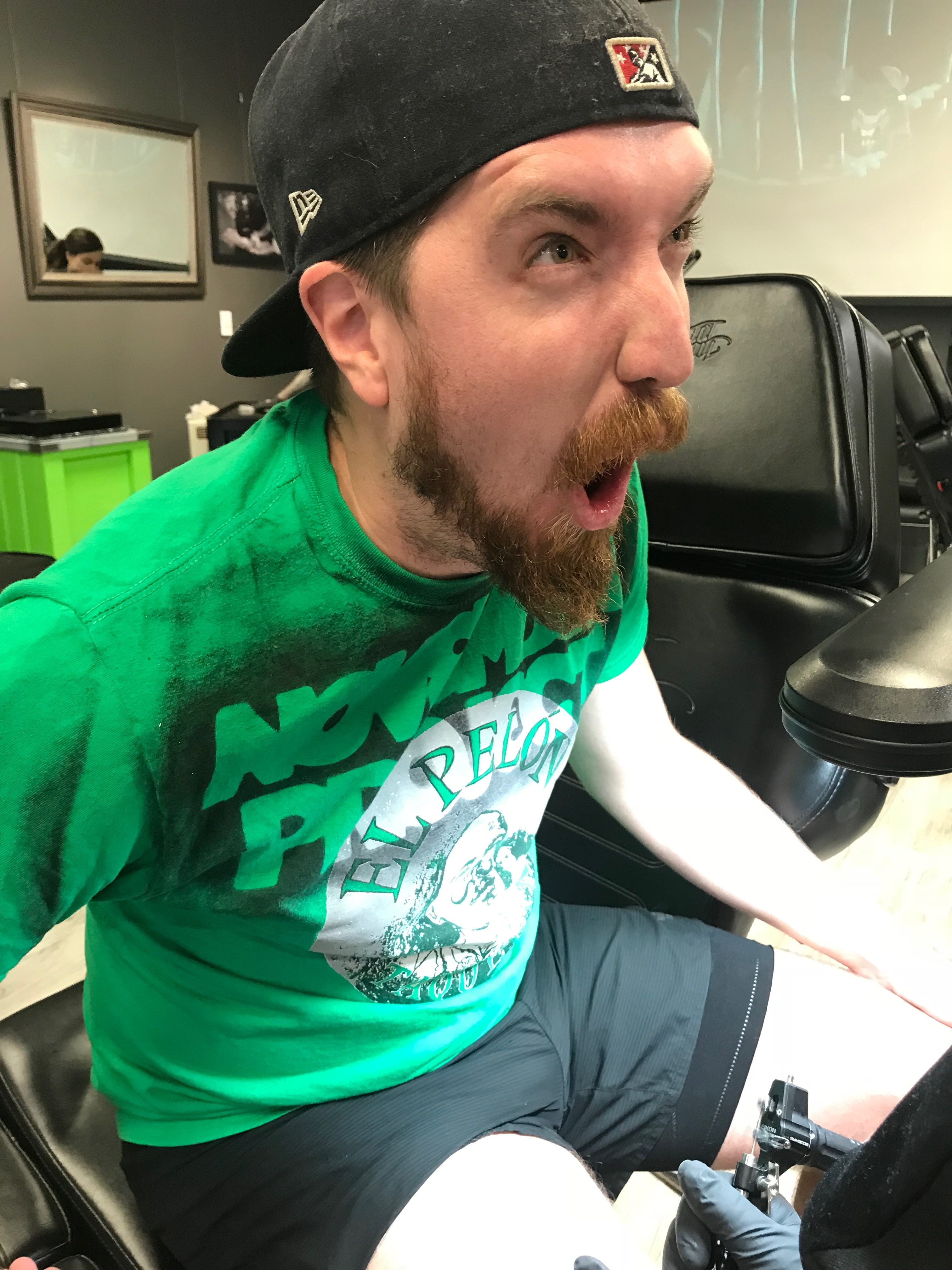 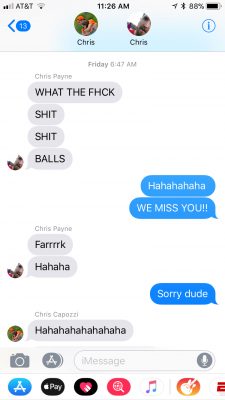 It seems that long gone is the classic, entertainingly witty, brutally loving reminder from one tribe member (who did show up) to another tribe member (who did not show up) about a promise that the latter made to show up for a workout at NP.  The “We Missed You” post has always been part of the culture of NP.  We push each other, challenge each other, and are the fiercest fans for each other as we get faster, fitter, and ultimately become better human beings.  Being the fiercest fans means being that person who’s screaming your name as you finish your last section in the stadium or pacing you into a new PR at the top of Summit–but it also means calling your ass out when you skip the top step in the stadium, calling your ass out when you sandbag your Sebastian, and calling your ass out when you say you’re gonna show up and then you just fucking don’t.

We call each other out because we’ve made an agreement to show up for and with each other.  Without that condition, we’re all just doing the same old shit that everyone does on January 1st by buying a gym membership (good intention) and then never showing up to workout (crappy follow through).  November Project is great at creating a supportive and positive environment where lots and lots of human beings can feel welcome and comfortable getting their fitness on for free while having a fun time.  But we’re starting to lose our touch — the important, foundational element of having the balls/ovaries to call each other out when we don’t live up to our best.

And for everyone who’s gonna throw some research at me about the importance of rest and recovery, and making good choices regarding sleep and preventing overtraining, yes.  All that.  We know that it’s the best idea to get enough sleep, to balance training with rest, and to respect injuries / pre-injuries so that they don’t turn in to worse situations.  Of course we gotta consider the basics of taking care of ourselves, but that doesn’t mean we STOP giving #verbals to show up.  And it certainly doesn’t mean that we STOP calling each other out with We Missed You posts when our friends break those verbals.  Here’s what I mean.  My friend Chris Payne missed the workout on Friday morning.  Did he verbal?  You fucking bet he did.  Did he oversleep because he’s been working like a maniac and he stayed up late getting ready to go away for the weekend, which means he’s burning the candle at both ends and he probably really needed the additional hour of sleep on Friday morning?  That’s exactly what happened.  Was it “reasonable” and probably a good excuse?  Sure.  But here’s the deal…he didn’t show up and we’re going to give him shit for it because we love him.  This is exactly what accountabilibuddies are for– and what the tribe as a whole is for. #community

Read on, for Chris Payne’s We Missed You post.

On Friday morning at 6:30am the tribe in Boston got a little bounce at the top of Summit Ave.  You know that spot we meet EVERY. SINGLE. FRIDAY. to run hills together?  That place that couldn’t really be any closer to your house?  You can run there in about 4 minutes.  The tribe was there, CPayne, but where were you?

Were you cozy in your bed with your wife-to-be?  I mean, it makes sense that you were practicing up on being a super cute, cuddly husband who makes sure that Britto doesn’t get disturbed by you getting up early to workout.  We’ve heard that the No. 1 reason for marriage is just to stop working out, so that’s cool.  Oh, but wait, maybe you and Britto WERE awake and the two of you were rearranging the seating chart for the wedding?  Or you were busy picking out the table linens for the wedding?  We know there’s so much to do for that big party in August, but we really thought you’d be able to also come to #PRday on the hills.

It’s also possible you were trying to put together what funny things you were going to say at the workout but Britto had so many good, funny ideas she had to explain to you, it just took too long and you missed the workout.  Damn Britto, if only she wasn’t the real funny one, you’d be a better co-leader.  #sheesh

Oh, wait…maybe you went to bed on Thursday night and fell asleep thinking about the start of the workout.  You remembered all the times we’ve huddled together and moved around and warmed up before we get to the running part.  You were dreaming about the bounce.  And in your dreams/nightmare you realized that you forgot what to say to start the bounce.  You are pretty forgetful sometimes Payne–how many times have you forgotten to post on IG when you said you would or get other shit done–but dude, you didn’t show up because you forgot “Let’s Get A Little Bounce???”  You even tattooed it on your body.  MRW CPayne doesn’t show up because he can’t start the bounce? 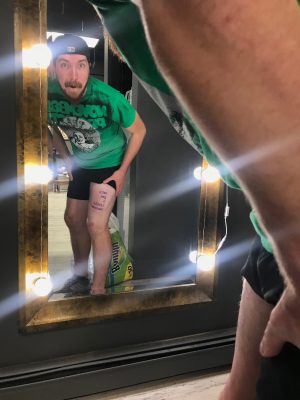 Ok, ok, I got it, I know why you weren’t there on Friday morning buddy. You were hungry and you needed a quick pre-hills burrito.  We get it.  You love the tribe, but all those hugs just don’t add up to the Lovey McLovin’ you feel when you’ve got your mouth around a big carnitas burrito with extra hot sauce dripping out.  Fine.  Be that way Payne, but will Anna’s or NP_HQ really ever love you back the way the tribe does?  I. THINK. NOT. 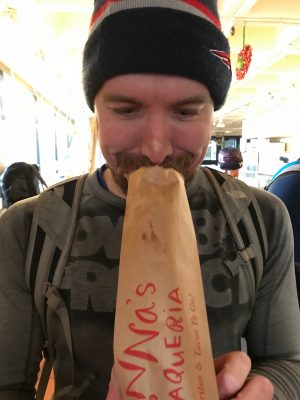 Whatever, we might get over it, but this hurts Payne.  And you didn’t even get a veggie burrito for Capoze and we all know that kid hasn’t eaten all day.

Oh shit…maybe you missed the workout because of Capoze and me.  Was that it?

Were you just afraid?  We know that my butt can be intimidating.  But we thought you were stronger than that. 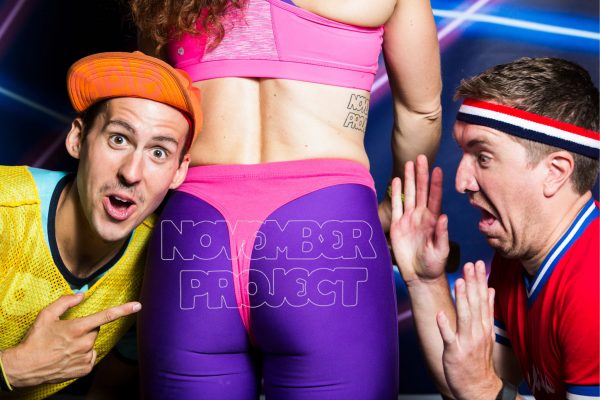 Or maybe you were afraid that Capozzi would oh-so-gently pinch your nipple and you’d like it so much you’d be distracted from getting your PR?? 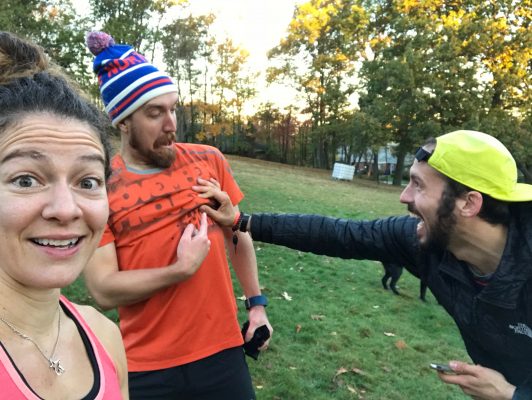 It’s really hard to say why you missed the workout today Payne.  We know that you didn’t sleep in just so you could be all rested up for the Friday night Social, because that would be really uncool.  But based on this photo of your brother Ethan at the NP Social, we can only assume that the true reason we missed you Friday morning was because you just couldn’t bear to show your baby-baby face in public after mistakenly drunk-shaving off your beard.  You definitely look funny, but you still could have come to the workout. 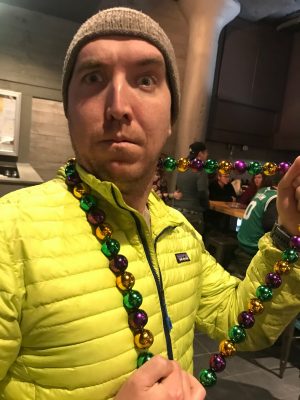 Oh, what’s that you say?  You just somehow didn’t wake up?  You sent a text to Capoze and me at 6:47 and couldn’t even spell FUCK correctly?  Your only explanation was FHCK, SHIT, and BALLS?  Well, we got a huge laugh out of it because you crushed the co-leader game Friday.  Sure, you’re running this city with free fitness, but you can’t do it when you don’t show up.  CPayne, WE MISSED YOU!

We know you feel badly, because you missed our faces and you missed the tribe.  Dude, we missed you too!  But don’t beat yourself up, my friend.  We’ll just make an appointment for our next co-leader tattoo.  It’ll be a check-box with the words “SHOW UP” next to it, and we’ll put it on our quad.  I know you’re in. 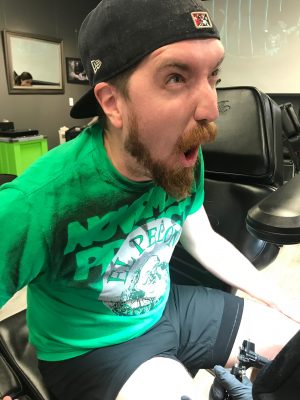 DESTINATION DECK for every Monday of February is on Boston Common.  We’re meeting at the Parkman Bandstand, map location in the tracker.