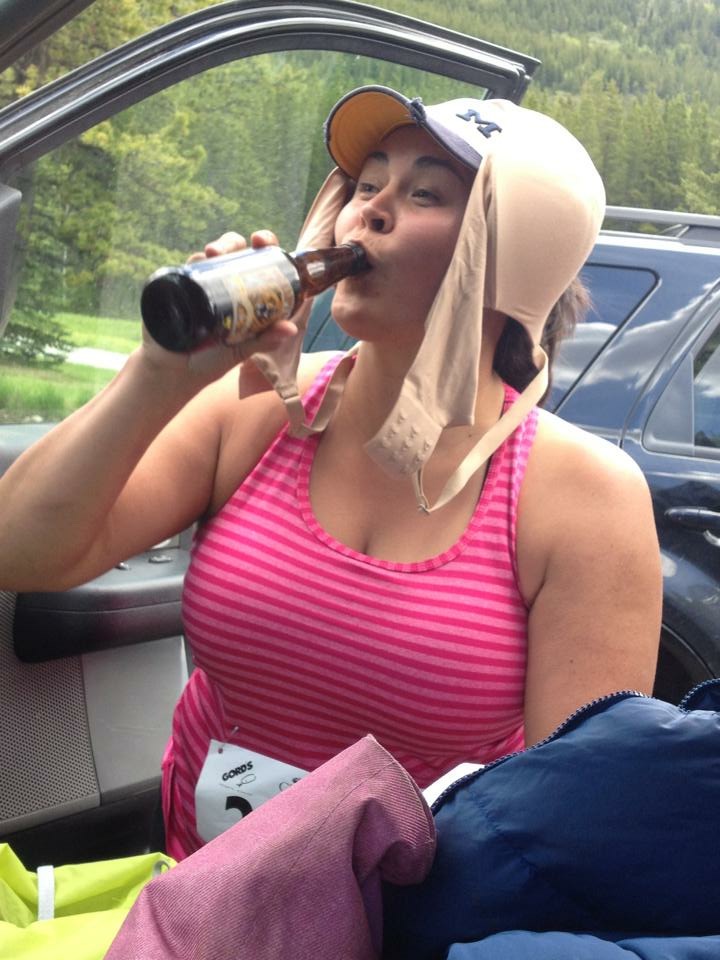 To be honest, I was expecting this write up to be come from the Nonnie’s mother, talking about how she has finally been disappointed in her daughter for the first time in history. The only person who can do a writeup better than someone’s family member, is the family member of William Shakespeare. You heard that correct. Today’s writeup is brought to you by a descendent of Shakespeare himself, Beccy.  (Side Note: Only a descendent of Shakespear spells the name Beccy with two c’s.)

There once was a girl, Nonnie J,
With her smile she could brighten your day,
She is to Tom, an incredible Mom,
And a key NP member you’d say.

She often has beer in her hand,
And there’s some things we don’t understand,
When she sleeps she looks dead, she wears bras on her head,
And *usually* does as she’s planned.

This morning, though, we got a fright,
No sign of her beaming with light,
She could have been dead, but luckily instead,
Was sleeping after partying all night.

But Nonnie, you gave us your word,
“I’ll be there!”, that’s what we heard,
Putting bands before tribes, doesn’t give off good vibes,
And now our friendships are blurred.

You were spotted inside Rexall Place,
Pulling a ridiculous face,
From Mumford and Sons and scoring home runs,
These things you’ve seemed to embrace.

But why, Nonnie, why weren’t you there?
We feel like you don’t really care,
We were ready with hugs, but they turned into shrugs,
And a sour taste’s left in the air.

I guess sad is just how we all felt,
The kid with whom butter wouldn’t melt,
Has broken her verbal, it was all just some burble,
And consequences have to be dealt.

So we hope that in future you’ll think,
Just how well you can handle your drink,
‘Cause we all missed you there, and the tribe just felt bare,
So it’s clear you’re the one missing link.

Will we see you on Friday? Who knows?
But as the old NP phrase goes,
Don’t drop the ‘V’ and then party ’til three,
‘Cause next time we’ll use videos.