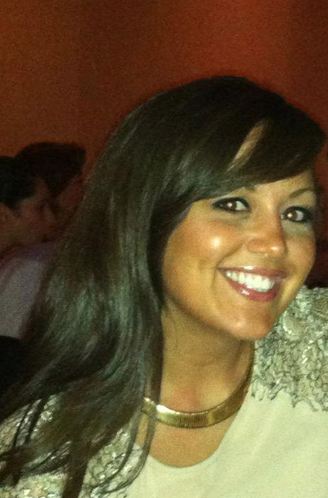 Let me tell you a little story about Nicola. At my previous job I sat across from her for over two years. During that time I’ve been attempting to recruit her and rest of my co-workers to join the tribe. My efforts most of the time were un-fruitful. Out of thirty something people that I saw every day, only three came to the workout, one of them on the day before she left town. One would say that based on my office recruitment track record, I’m a pretty shitty recruiter. I started believing it too, but then I remembered that the numbers outside of participation of my officemates grew like crazy so there had to be something else…

A lot of times I came to work riding my bike. That meant that for the first 30 minutes of my work day I was sweating profusely. Was I the smelly guy in the office that no one wanted to hang out with? Were they all scared of my Serbian accent? I had so many questions but that I never got an answer to and then I left my job. There was no way that I would ever find out.

But then last night, I saw THE TWEET. My friend from across the desk Nicola announced to the world of interwebs that she’ll come to the workout! Finally, after all these years my recruiting efforts paid off. Nicola will come to the workout and she will bring friends! She even capitalized EARLY which meant only two things; she was either uncontrollably yelling towards the end of the sentence (which would be weird) or she was really excited to be up early. Whatever the case was I was jazzed to see my long lost friends. So jazzed that I favored the tweet from two different twitter handles. Yes, I control more than one twitter handle… four in total if you must know.

But this morning Nicola wasn’t there. Other friends came, had fun, hugged some strangers, did a great workout, and went home, but not Nicola. Speculations of what happened are still going on. Some say that she was spotted at a local clubbing establishment until 8am this morning. I mean she is of European descent and them Euros sure know how to throw it down on the school night. But they also know how to get up and at it the following day…

Is it possible that she get lost on her way from Medford to Allston? Is it possible that she stopped to ask for directions but Bostonians couldn’t understand her British pronunciation of Harvard Stadium? Only if she could say Hahvahd properly… Nicola you’re American now, learn how to properly mispronounce words for Kate Middleton’s sake!

Whatever really happened last night/this morning will remain unclear. One thing is for sure – We Missed You This Morning, Nicola!

One Reply to “We Missed You This Morning, Nicola”