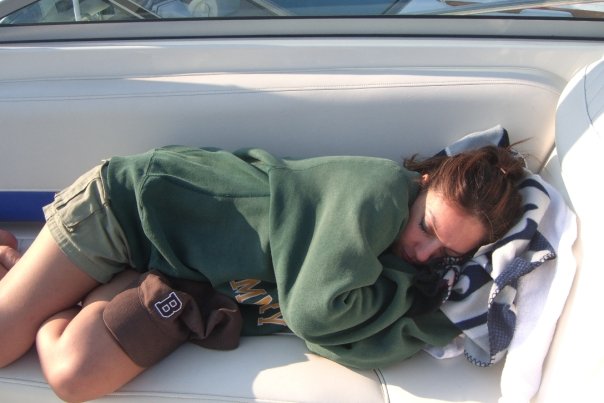 Even though he recently moved to Boston, CanOfSpagetti is a seasoned November Project veteran that learned his craft at NP_DC. During his time at our nation’s capital, he was introduced to a concept called verbal. Today he was on a receiving end of a broken verbal and decided to do something about it!

Oh, Lucy Rivera… We missed you this morning!
Even though you’ve recently started attending November Project workouts, certainly by now you’re familiar with the significance of the #verbal.
So… When one of your fellow NPers gets a message like this from you the night before a Destination Deck…

…then we pretty much expect to see your smiling face at 6am to head to the workout.
6am came and went. No Lucy.
6:05. I worried… What if she caught ebola? It must be something horrible that is keeping her from honoring her #verbal.
Certain that Lucy would not fail me, I waited.
6:10. Still. No. Lucy.
And so I ran. I ran alone.
You missed this glorious sunrise along the Charles, Lucy.

And you missed a killer workout with the Tribe.

Thankfully, I heard from you later.
You do not have a hemorrhagic fever.
It was simply a case of sleeping through the alarm.
Something you SWEAR never-ever-in-the-history-of-ever happens.
So… Since you’re not in quarantine in some Level 4 CDC lab… Safe to say we’ll see you Wednesday?

One Reply to “We Missed You This Morning, Lucy!”