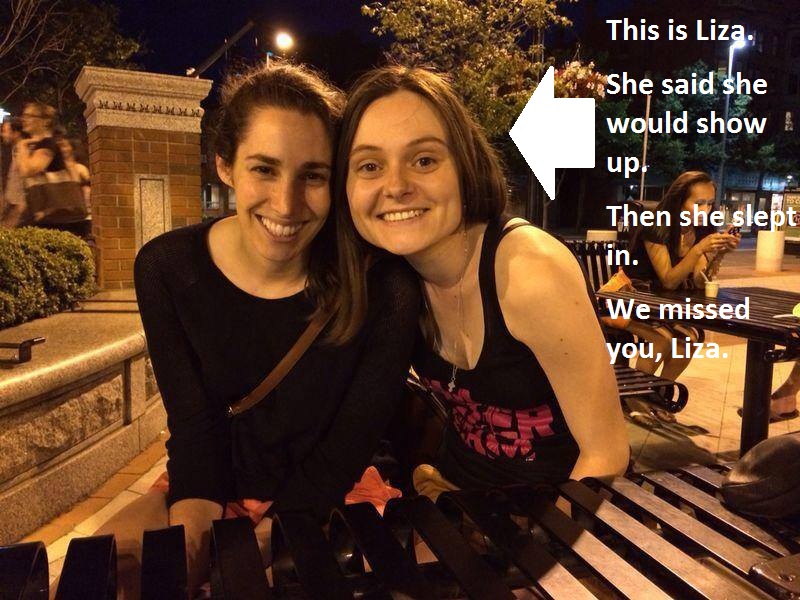 Today’s blast comes from our friend Ari who’s been known to take his verbals very seriously. Yesterday, he was on the receiving end of a broken verbal and as you’ll see he wasn’t too happy about it.

We’ve been roommates for two and a half years. You’re moving out this weekend, and you’ve been talking about coming to November Project for a while. First, you said 6:30 was too early. I told you I wasn’t a morning person, either. None of us are.

So you were going to come. In March, it was too cold. (But we still showed up.) In April, it was too rainy (or snowy; still, we just showed up). Earlier this month, it was too hot. Of course, 600 of us showed up, because we’re #weatherproof. But it’s okay. You were going to come. You promised me. Last night you told me you’d come to the stadium. You said you’d be there; you gave me a #verbal commitment. You even went to get some extra energy at Toscanini’s. Here’s a picture of you in Central Square after eating the ice cream. You needed to make sure to burn it off.

I had two dreams on Tuesday night. In the first one, I woke up, and looked at my phone. It was 6:45. I’d missed November Project. I cursed in my dream and woke up and … it was still dark out. Spaz. I went back to bed. The second dream was the same as the first, except it was 8:45, and I’d not only missed NP but I was late for work. I woke up and it was light out. I frantically checked my phone. It was 5:21. Double spaz. Half an hour to fall back in to bed. The early light messes with my body, almost as much as dropping a verbal and worrying about sleeping through my alarm.

And then I woke up for real. I went to the stadium, but you weren’t there. You said you’d slept in. You were planning a trip; you were up late. You said you were sorry. But my dreams, my hopes, they were shattered. I saw 700 smiling faces this morning. And then just as many straight faces. But yours wasn’t there.

BUT! You’re not moving far away. You’ll still be in Cambridge, perhaps even a bit closer to the Stadium. So I can only hope that one of these mornings, perhaps when it’s even more perfect than it was yesterday, you’ll come to the stadium. You’ll run the stairs. You’ll give hugs and high fives. You’re awesome, and everyone needs to know it. Will it take a cadre of former roommates to get you there? Miles and George (who, to be fair, just crashed on our couch for a month)? They showed up. So will you.

Still, on Wednesday, we missed you, Liza.