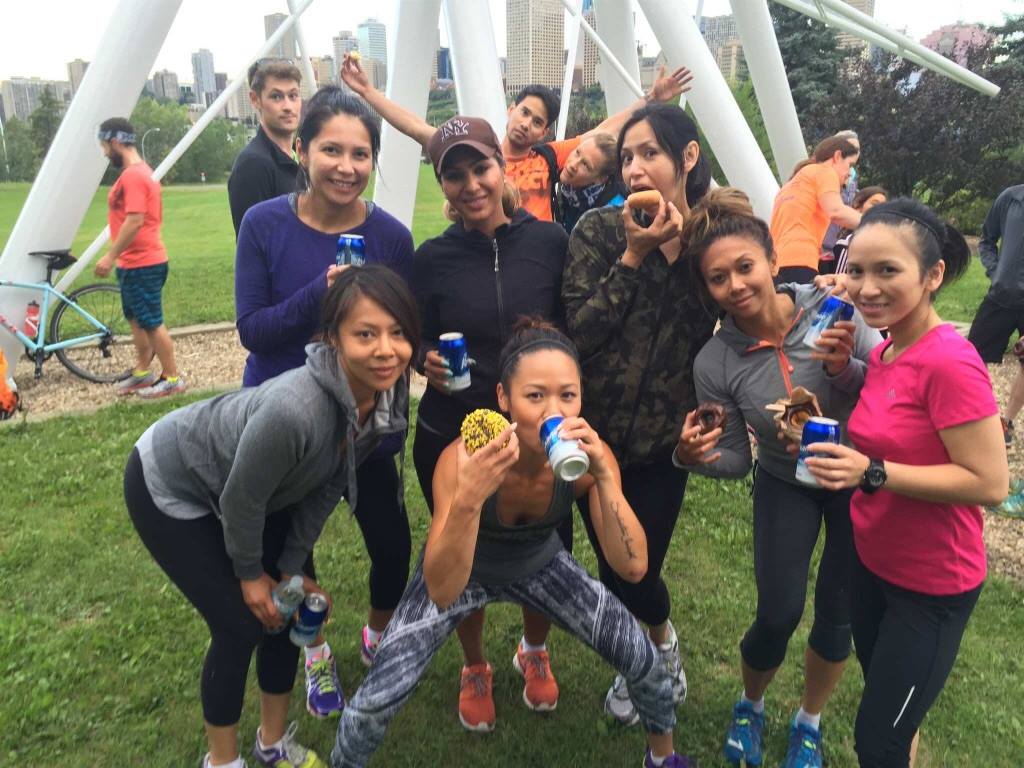 So its been awhile since we’ve had a “we missed you” post in YEG. Some of the new tribe members might not know how seriously we take #verbals and this is a perfect time to make an example of it.

Sometimes I let a broken verbal slide and let it be, like the dozens of #verbals I’ve gotten from my sister that never happened. But this one was different, there was an in-person #verbal and across a couple social media platforms.

For the very few of you that don’t know Dao, since she starting coming to NP, she has probably recruited the most newbies than anyone, especially her PR of 7 in one workout. She maybe small but she packs a ton of power and energy into her frame. That energy must have run a bit low since I got her in-person #verbal on Monday night at The Weeknd concert where I met up with her in her pizza packed private box at Rexall. It could have been the after party that she went to and still feeling the effects two mornings later.

Maybe Dao pulled a muscle at one of the many, many workout classes and training sessions she attends. Stair workouts take a lot of lower body effort, could have happened at the twerk class, I hear things get shook up pretty well.

This morning’s workout was December 2nd, yesterday lots of advent calendars were opened. There are the chocolate ones, tea calendars and one that Dao may have cracked and just happened to finish the whole thing in one day, a beer advent calendar. 24 beers in one sitting is a lot to take in, I would know.

Having beer at the 6am workout hasn’t been a problem for her either, she went full Canadian on her birthday. As I was coming off a stretch of night shifts, these beers were much appreciated.

Thankfully none of these were true, she just slept in. Its almost that time of year where we will be able to see her at all three workouts but until Christmas holidays come, we’ll just have to try for next Wednesday.