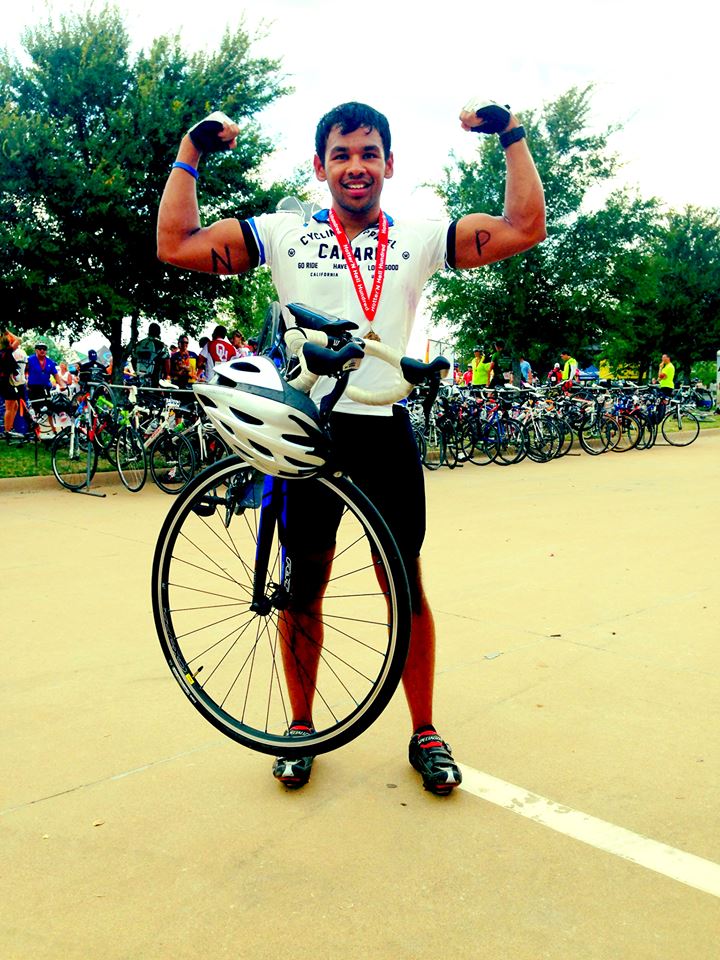 It is with a heavy heart that I bring you today’s We Missed You. You see, this one is a special one and you’ll soon understand why. That’s right Rishabh, I’m looking at you.

If you are from the Boston tribe you may think this face looks familiar- he has a classic mug shot (above)  and even delivered an inspirational guest blog back in his NP_BOS days. If you are from the Denver tribe, you are probably thinking, “Who the heck is that guy?” And that’s okay. You are right, you do not know who he is. Because today, he did not show up.

About a year ago, Rishabh was that creepy guy that came up to me in the Northeastern gym and asked me if I liked to workout in the morning… outside… in the cold. Uhhhhh…? Although I didn’t get it at the time, I know now that he was responsibly doing the homework that BG and BM assigned: Recruit more racers. And I have to say, I respect that. I will forever be thankful to Rishabh for having the balls to open up to a total stranger on the leg press, because it was due to that, that I discovered the November Project.

Fast forward a few months: We both graduated from Northeastern this past Spring and both moved across the country shortly thereafter. Myself to Denver, and he to Dallas. But, thanks to a rotational program in some no name bank, I think its called Wells Fargo, Rishabh is a brand new Denverite. Both of us knew the feeling of what it was like to leave the awesomeness of November Project behind, which is why he was equally as pumped as I was when we got things started here in Denver, knowing he’d be here soon enough. But here’s the thing, I’m not actually convinced yet that he really moved to Denver. You’d think from all of our conversations he’d be soooo stoked to get back into the NP scene that he would have camped out at the Civic Center last tuesday night in anticipation for his first go with the Wednesday crew. But he had some excuse about going to California for a week? I was skeptical, but I let it slide. That excuse persisted for Friday’s workout. Whatever. Then yesterday, a light shone through this dark tunnel of confusion and suspense:

Way to go my man. BUT THEN. This happened:

And it is for all of these cited examples above, that I just really am not sure if Rishabh actually ever moved to Denver, because this is a kid that knows what a verbal means and would never be so careless about throwing them around. Not only did you break you’re own verbal, but you broke the verbal of your sexy spin instructor by association and she hasn’t even had a chance to make an impression on us yet. Doesn’t sound very fair.  So now that I’ve let all of my feelings out, I just wanted to say: Rishabh, We Missed You! And, welcome to Denver!….. that is if you really even  live here..