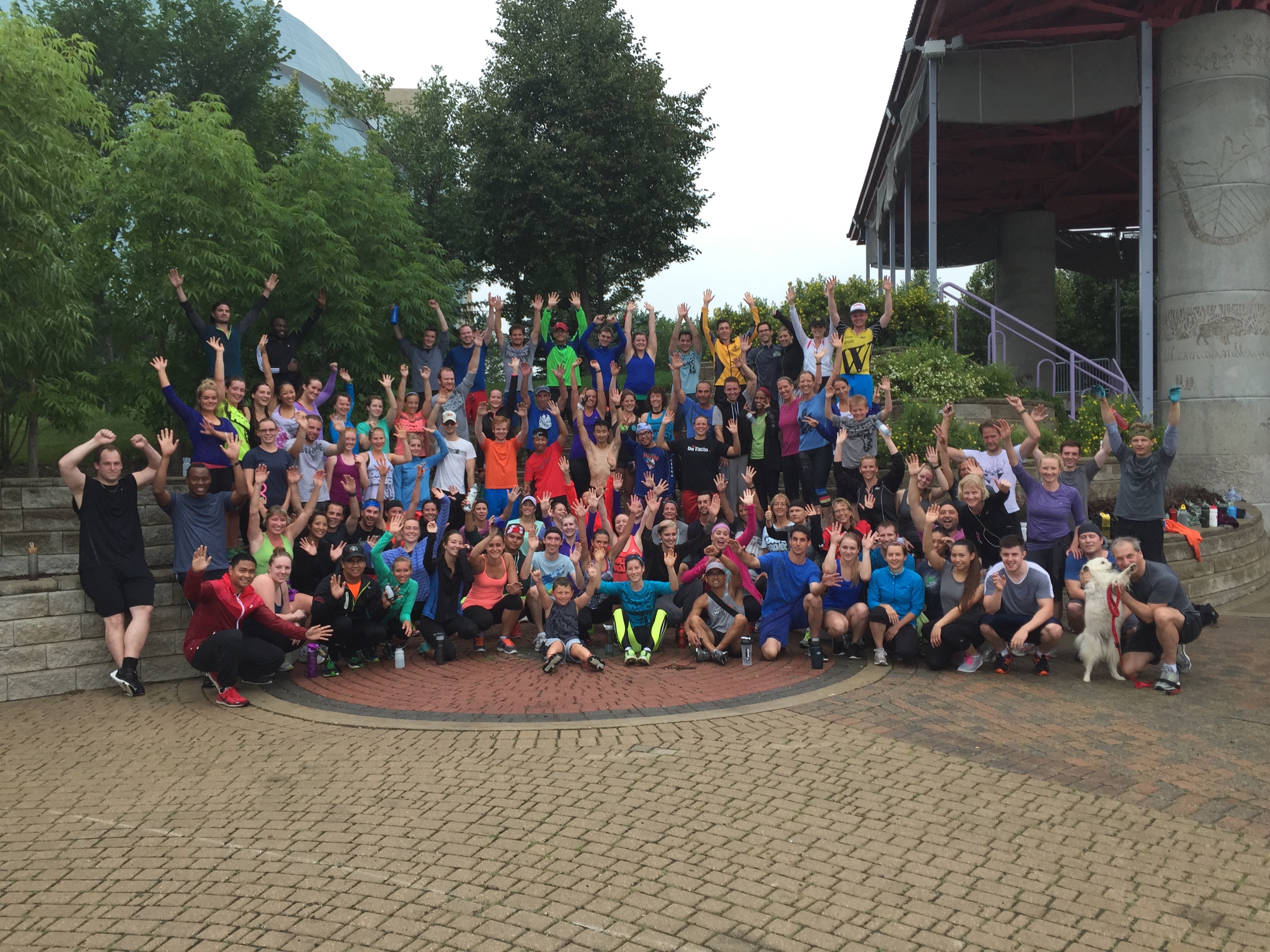 Many of you will recognize Paul’s smiling face as one of our most passionate and energetic tribe members. Many of you may not know that Paul has been a behind the scenes helper in many of the more killer and challenging workouts we throw at you on Wednesdays. Paul did not break a verbal this morning – he would never break a verbal. It was, however, the first workout Paul has missed since he started joining us on Wednesday mornings well before we pledged to this crazy group called November Project. And we missed you, Paul!

Paul has been telling us for a while about his dreams to move to B.C., which is why I was super happy for him when he told us last week that we was finally making the move, and that this Wednesday would be his last workout before making the long drive out to the west coast. You see, knowing he would be leaving at some point I had decided to wait until that day came to grant him the positivity award – an honour he has earned week in week out, consistently crushing our workouts with a big smile and a high five for everyone who runs past. He earned it when he showed up to every single -40 workout we had this winter without a single complaint or waver in his resolve; he’d tasted what this community was about and lived and breathed it to the core.  Imagine my disappointed, then, when I learned at his going away dinner on Sunday that his plans had taken an unavoidable turn and he had to be in B.C. by Wednesday – and therefore wouldn’t make it to the last workout. What could any self respecting NP leader do, other than improvise?  I quickly rushed to the kitchen and found my Gramma’s rolling pin, cleared my throat, and gave the speech I had been planning for Paul’s last workout right there in my grandparents basement. Not quite as good as congratulating Paul along with the whole tribe, but a well deserved moment none-the-less!

Growing up, Paul (my uncle) has always been an inspiration for me; his dedication to fitness, to hard work, to his family, and the always smiling, glass half full attitude are just a few of the examples of how he has been living the ideals of November Project before those were ever thought of. To see how much Paul embraced the tribe right from the start and talked about it with literally everyone he met was a driving force in helping me realize just how powerful and amazing this group of people is, and his help and encouragement have been instrumental in building this tribe up to where we have gotten today.

Getting this message from Paul this week really puts it all in to perspective: “That rolling pin meant a lot to me last night. I can honestly say that one of the hardest parts in leaving is parting from that little community you guys built. It’s a great thing you guys are doing for people”.

As for today’s workout, those six inches-mountain climber sets were out-of-this-world hard. I counted in the picture and approximately four thousand of you PR’d after doing those sets, so thats fucking crazy and i’m blown away by how awesome you are.

No announcements, but I expect to see some fresh #GrassrootsGear on social media this weekend cause that shit is so fly.