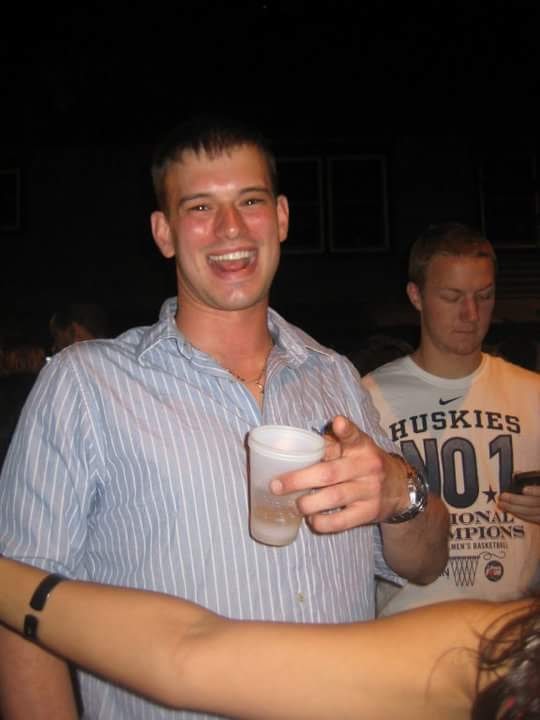 A guest blog by his roommate, Roberto McCombs-

Some of you may know this guy……

Some of you may not. Some may know him as the kid that shows up to drink.

Some of you may still be asking who the hell is this jabroni?

His name is Ian Harvey, and his favorite pastimes include selfies, boisterous laughter, long walks on the beach, pina coladas, getting caught in the rain, and if you ladies keep swiping, you might just match with him, but I digress. Unfortunately another pastime of his is breaking verbals to workout with his friends at 5:30 am on Wednesdays. I have let his habitual verbal-breakage slip (and maybe this is my fault as an enabler), but enough is enough, time to show up or feel the disappointment from your friends when they expect to see you.

What happened Ian? You were able to get up here, why not this morning?

Ian verballed to everyone on the team to show up to the 5:30 workout. He even threatened team members with punches in the face if they didn’t also just show up. I held my tongue, thinking maybe this time he would hold true to his word – he did seem pretty adamant about it, however we were all sorely disappointed when Ian decided to swipe left on this morning’s workout, when EVERYONE ELSE on the team decided to swipe right.

I get it, we all make poor choices when we are drinking, but I can no longer stand idly by while you abuse verbal useage so casually. He was dropping workout verbals, trivia verbals, etc. etc. and now I just don’t know which I can believe. We aren’t mad at you, just a little disappointed.

I know I’m supposed to keep you on track, but even after I knocked on his door, I heard in a very faint, defeated “Just go man.” And that was it, another verbal bites the dust. As everyone expressed concern about their missing friend, did he get lost? Did he run away to New Jersey? I was sadly tasked with telling them, No, was he was still in bed.  Again.

I’ve tried to help, but its time I stop enabling you. Ian, we missed you dearly, we just wanted to spend some time with your awesome-selfie taking self this morning.

We Missed you Ian! And needed to throw theses in here for good measure. Nice hair, bro.