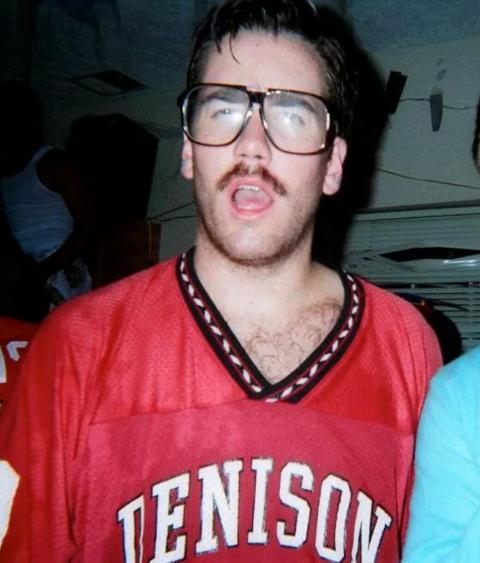 From day one, Chris ‘Topher Grace, Pick a Color’ Black began training. His parents raised him well in the beautiful town of Whoknowswhere, New Jersey (I think the name is Native American). At the ripe age of three, he began his formal ribbon twirling training and almost made it to the Olympics. In his prime, they removed the event from competition and since that day there’s been a deep hole in his heart. His look of disbelief and shock is shown below

Tears were shed and after a long bender involving raves to get over his loss, his fortune brought him to the wonderful world of November Project. Unfortunately for Chris, his friends are very willing to throw him under the bus when he (upon further review) fails to set his alarm.

We thought for sure that all those years on the ribbon twirling team would teach him lessons like ‘there’s no I in TEAM’ and that without one team member, the entire routine falls apart (he specialized in synchronized ribbon twirling). Sadly, he did not learn these things due to his failed attempt at attending the workout this morning. We almost decided to just leave and not workout when he didn’t show up. We hope that after today, his lesson is learned. We’re not sure what he was busy doing last night that rendered him unable to set the alarm. Actually, we’re a bit surprised that he doesn’t just have an alarm set to repeat for every MWF. Good news: he will now.

Last but not least, I want to wish Chris all the best in the amateur ribbon twirling circuit. Don’t give up on your dreams.