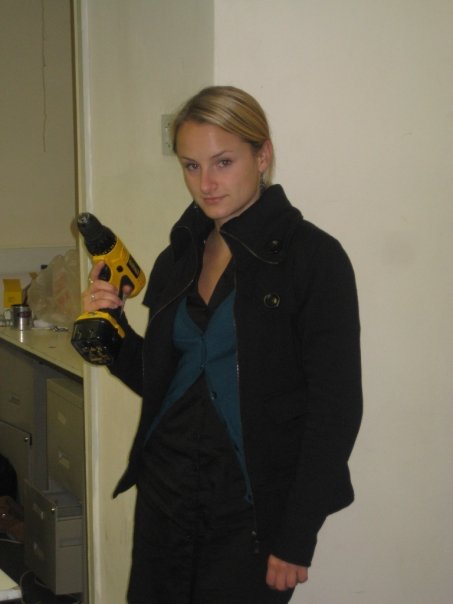 Repeat after me, Nobody Is Safe. You break a verbal at 5:16 AM, you are going to get a blog post. Even if you nickname is ‘The Punisher.’

Before we get into this, let’s go back…way back. AmyThePunisher and I have been running together for over 10 years. She joined the Northeastern track team not to make friends, but to beat bitches up. I didn’t see Amy smile the first 2 years I knew her because the only time I saw her was at practice, and running wasn’t a hobby for Amy, it was straight business. She was a small, compact muscle with a long blonde ponytail and a soccer-playing donk that ate nails for breakfast and hadn’t cried since 1984. It was understood by all that no body fucked with Amy.

Fast forward to 2013, Amy reappears in my life as NPSF takes off in Kezar Stadium. True to form, Amy shows up and challenges Ben Fox to a throw down stadium challenge. Day 1. Week 1. Clearly, not much had changed.

But over the last couple years, we have seen a gentle shift in our dear Amy, as she has been spotted hugging others upon meeting them for the first time, kissing puppies, and actually taking “easy days” to let her legs rest. She has blossomed into a social butterfly, inviting throngs of runners over for post-race brunch, co-hosting Thanksgiving dinner, and even organizing weekend trail “fun runs.” “Fun run” was never in Amy’s vocabulary before. Either was the option of not racing. The tribe began to worry…had the Punisher gone soft?

After officially verbaling online for Friday hills, Amy decides to un-verbal, which is not a real thing. She made that up. In her food/wine coma, Amy thought it would be alright to roll over, text her friends, and say they won’t be racing the Punisher up the hills that morning. Because, well, she has gone soft.

Consider this an intervention, Amy Leedham. I want to see you at the next workout standing on the side, not talking to anyone, doing an intense plyometric warm up with your headphones on. Then I want to see you make the boys cry. Because that is who you are and we mustn’t, WE MUSTN’T, let the Punisher slip away.