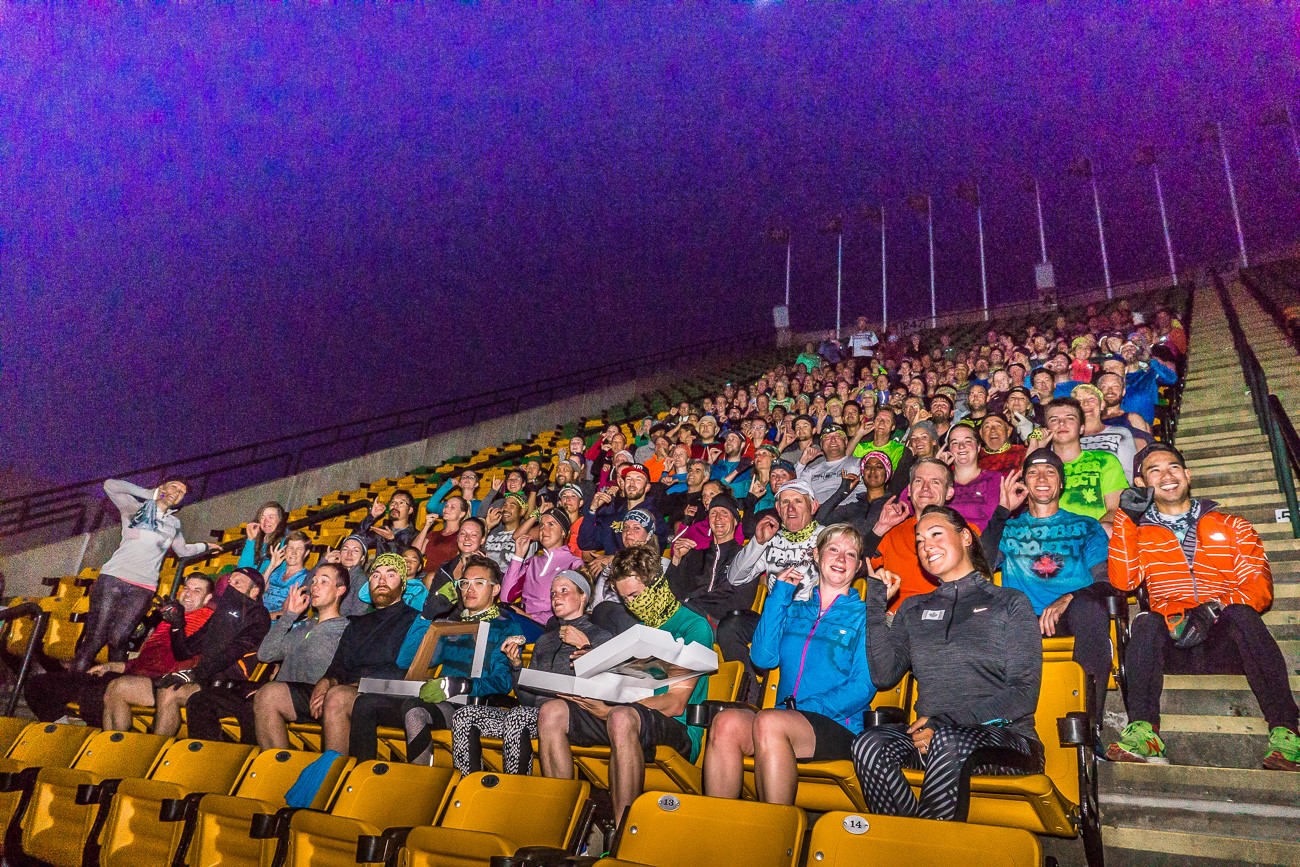 We’ve been debating over the last few weeks which Wednesday would actually be our last Wednesday at Commonwealth. You see, its pretty dark now at 6AM and staying pretty dark right through the workout…this would usually indicate that the “dark season” has arrived. We have been so lucky to have some lighting available to us at the stadium and it has allowed us to push the limits on the “light season.” Sometimes even the moon shines down on us to help our performance. With the help of moonshine and the extra energy gained/consumed this morning, it has been strongly hinted that we should take one more stab at extending the light season and so, the statistically very low chance of “one more week” may be coming to fruition…(read on…I know you want to!)

I am usually a pretty smart cookie (doughnut?) so I know that a group fueled by doughnuts and on a sugar-high is not the crowd to argue with so let’s do this…ONE MORE WEEK!! But as with any negotiation (I’m calling it a negotiation instead of bullying because I like you all too much to consider you bullies) you need to promise that between now and next Wednesday, I will see you all a minimum of more two times…I suggest Friday and Monday 6AM 😉

Thank you again to our blog sponsor Moonshine Doughnuts for the performance enhancing culinary masterpieces this morning. DELICIOUSNESS!!