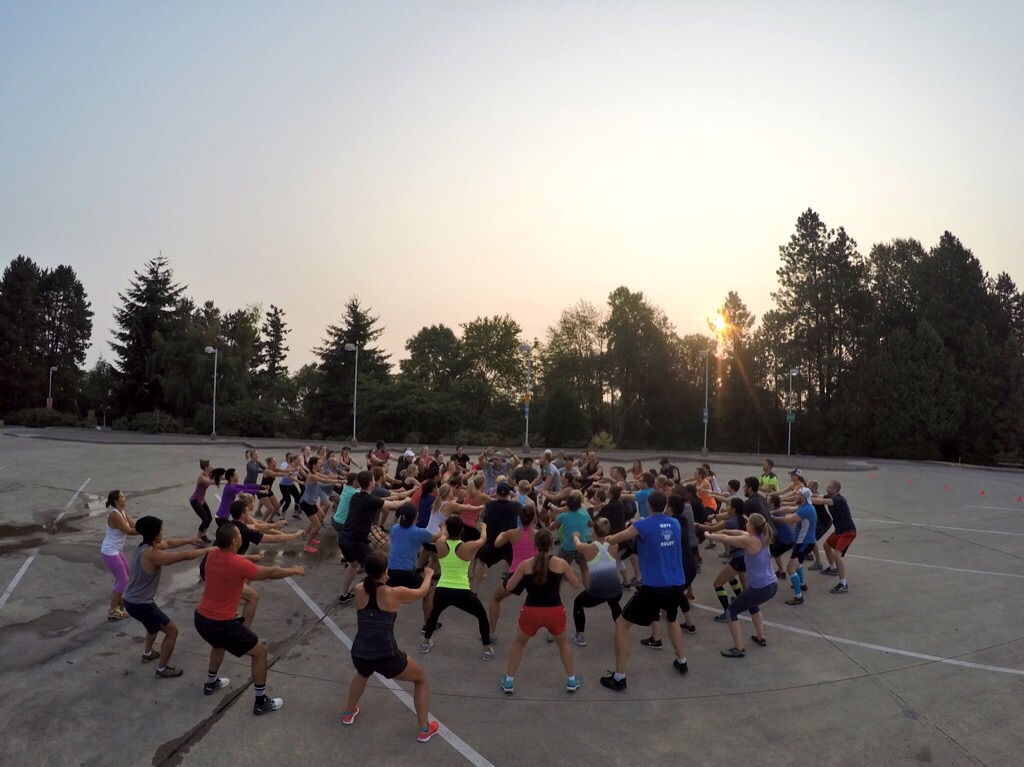 Southwestern United States. The land of forever heat, freeways, backyard pools, cactus bigger than your uncle Todd (you know you have an uncle Todd, just admit it), scary snakes, and an open minded people who live in the desert.

What these two areas have in common is that they’re both proud new zones of North America which now host the newest kids on the block: NOVEMBER PROJECT PHOENIX and NOVEMBER PROJECT VANCOUVER have officially landed after pledging for the better part of the past 2 months. That’s right folks, the two newest tribes have brought this movement to 21 tribes total and we couldn’t be more proud.

This morning in Vancouver, proud Co-Leaders Richard Hortness and Graham Snowden took their fresh stencils and recently carved Positivity Award and hit the ground running. Rich, a casual two-time Olympian for the Canadian Men’s Swimming program along side Graham, a whacky multi-day trail warrior/racer, have teamed up to build something special in this already hyperACTIVE city.

Last week, Phoenix celebrated their first official day with a session of dusty amphitheater stair run. The scorching heat that hit 90+ degrees Fahrenheit at 6:00 AM didn’t prevent co-leaders Jackie Knoll and Trevor Warren to rock the beats under the paper mache saguaro.

If the previous two paragraphs didn’t make any sense, don’t worry, they did not suppose to even though they’re both true. All you need to know that Phoenix (20th) and Vancouver (21th) tribe, brought the good old News Channel 19 to rest. For kicks, search #NewsCh19 to see all that we’ve done since adding VB, Calgary, and Winnipeg earlier this year. The News Channel 19 is an important piece of our history and will always represent the first section of the movement in 2015.

But what about 21? It’s the drinking age in the U.S., but that means nothing to our mature drinkers up north. 21 Jump Street was an 80’s hit and a recent remake that was pretty lame/awesome. So with hours of airport texting back and forth, we’ve landed on this: Our powerful, news making, NP group will now be known as 21 Hump Beat, or #21HumpBeat. The beat, the rhythm, the music, the pounding of footsteps, heartbeats, alarm clocks! The beat is real. The hump of the week, the one day each week that we all rise & shine as one, Wednesday, is a “hump day,” a day that we take charge of 21 cities make us whole (for now). So there it is folks! #21HumpBeat – The first tribe that gets this in real media ink or to come out of the mouth of a media professional on television, will be awarded 10,000 beers or yoga classes, or veggie burgers. Or just 10,000 of whatever you want. Clove cigarettes? 10,000 of them! Harley Davidson Choppers? Great, drop by Bojan’s house and pick up 10,000 individual keys for you and your tribe to divvy up. Gold bricks? Fucking Mission Bars? Rolls of quilted TP? Done. 10,000. My lucky number and now the number of units of whatever you want if you’re the tribe that gets #21HumpBeat onto the “real news.” *

Like everything else we do, let’s race this, get competitive, and have fun with it.

* Editors (Bojan’s) note: This statement was crafted during the state of extreme excitement of the one they call BG, and it should not be taken seriously. But having #RealMedia say #21HumpBeat on live news WOULD be hilarious!

One Reply to “VANCOUVER AND PHOENIX JOIN THE FAMILY, NOW KNOWN AS “#21HumpBeat””