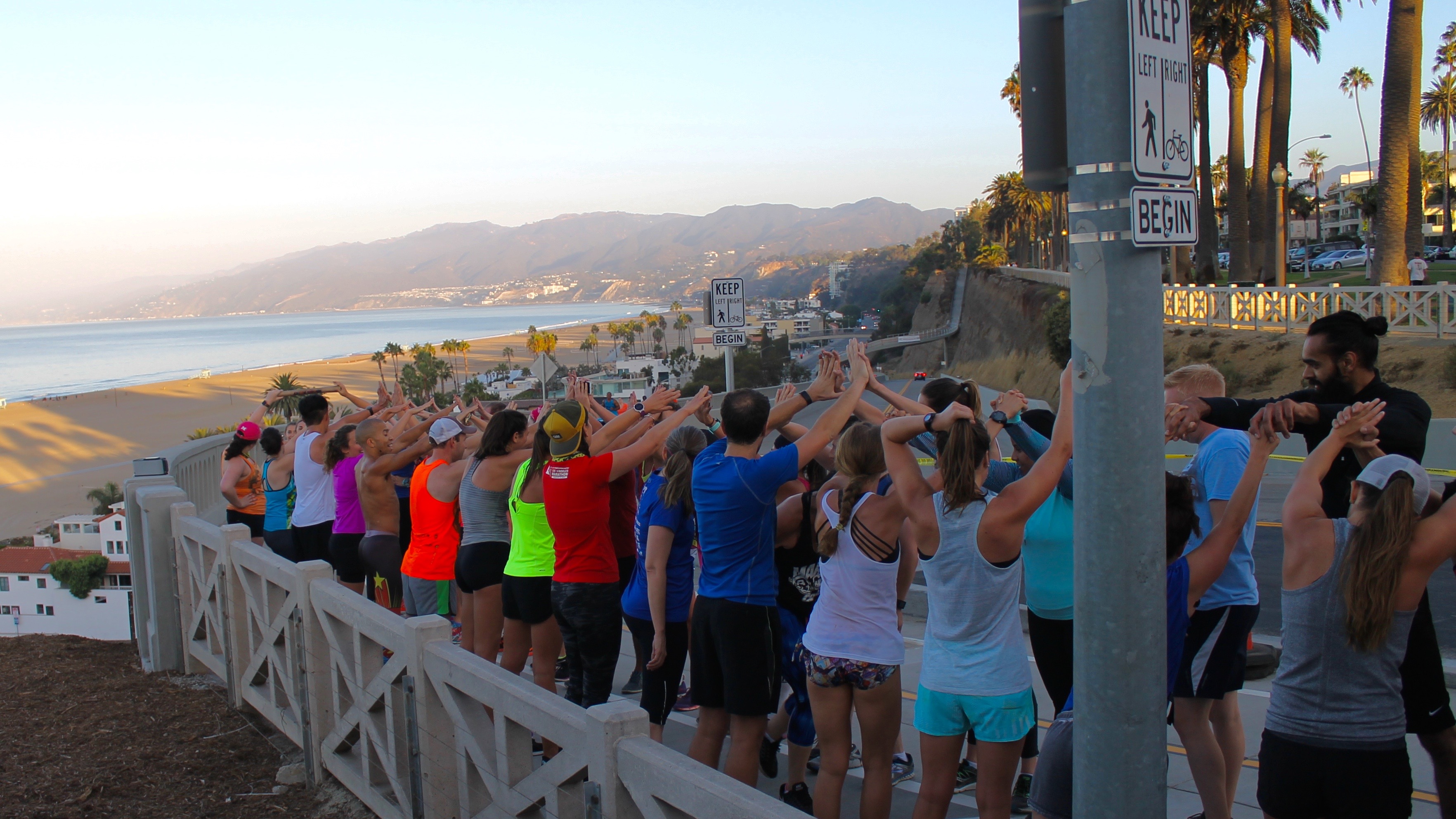 This city has the three steepest paved roads in California (unverified statistic) and is the only major city in the world that is bisected by a mountain range (more confident in that one). Places like The Hollywood Hills, Beverly Hills, Highland Park and Pacific Palisades are clear indicators that this place, although flat in places (what-up valley!), ain’t no pancake.

I have written before about Friday’s being fun because of the exploration but it’s also fun to tackle some really badass hills and see some really beautiful views. Today’s hill was a doozie, a revision of a man-made wonder that scales down the side of a cliff. We’re all excited to see that the world is catching up with itself enough to realize that bike-paths and pedestrian walks are the future and the future is now. I think we did our part in initiating that path, we’re probably the biggest group that’s been on it yet.

But ultimately, today was about the high-fives. They were everywhere. People who weren’t even with us were sucked into our contagious positivity and there were multiple times when I saw our tribe high-five a smile right onto a strangers face. Who knows what that person was going through in that moment, who knows what the day before held for them, who knows where they were headed today. That simple action can be the catalyst for a chain reaction of love and goodness in a person. It’s proof that what we do isn’t just for us, it’s for the city we live in. We’re changing the chemistry of this crazy place we live in and it’s good.

Thanks for doing your homework you guys. Keep it up. For those of you that are new faces, we’re glad you came and we hope we’ll see you again on the reg. We’re gonna be around for a LOOOOOOOOONG time.