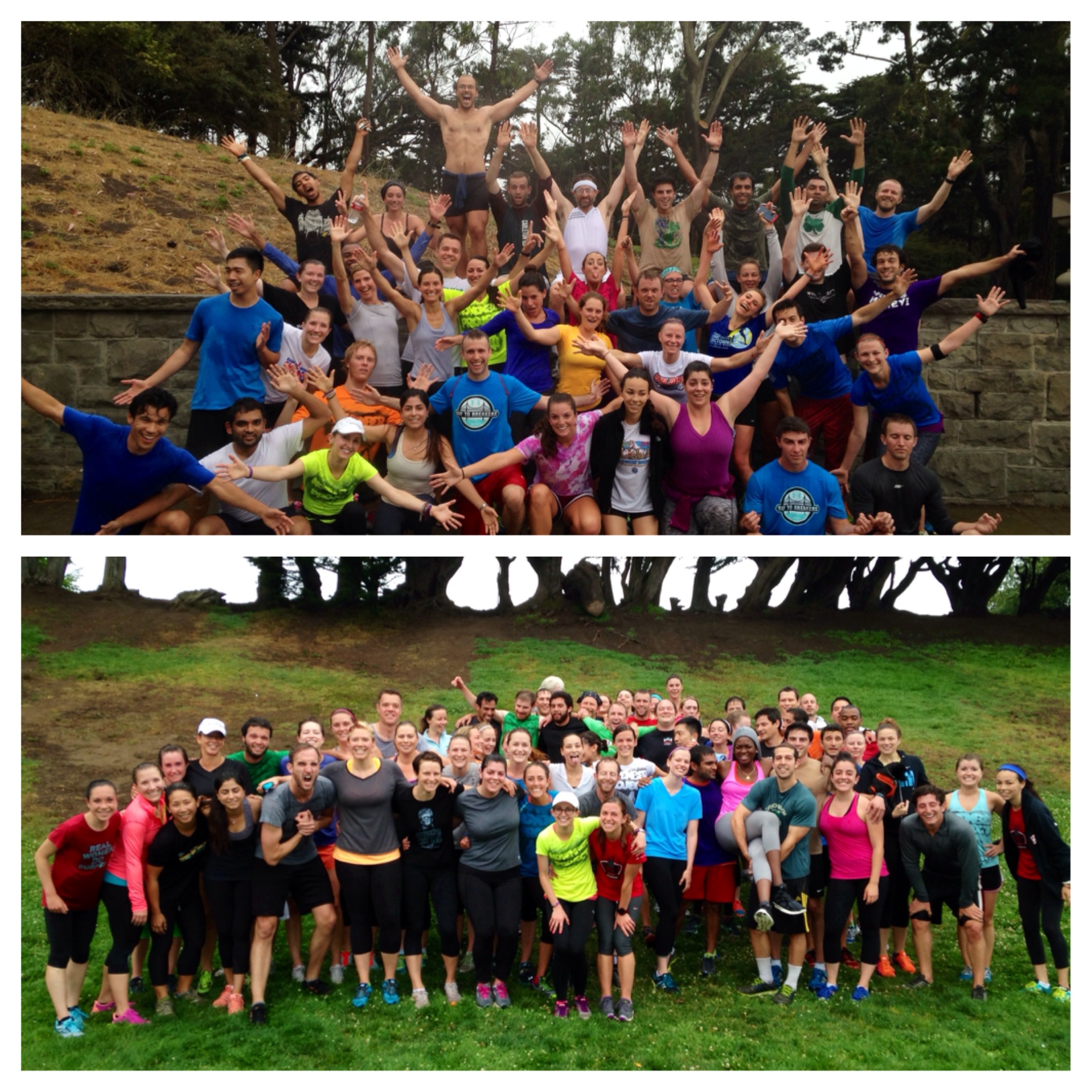 Well NPSF, your fortnight of Just Clayton has come to a close, and in classic Clayton fashion, he just started writing the blog post at 4:51pm on Friday. You might be saying, meh, not so bad, he probably had a busy day. Thank you, you’re right, I DID have a busy day. It’s nice to know you care. 🙂 <3 xoxo. But here is the catch; this is the blog post from Friday AND Wednesday. Yep… sorry guys, I am clearly spread too thin.

WEDNESDAY was a great day. Strong numbers at Alta Plaza and general great vibes. There were lots of newbies, INCLUDING Dr. James E. Clayton Jr., DMD. That’s right folks, we got downright dental on Wednesday with…

Papa Clayton came out and diagnosed 3 cavities and a case of gingivitis from 30 paces. But lets be honest, ANYBODY could have made that gingivitis call. He also ran to and from, AND completed the entire workout. Not too shabby.

If you’re wondering why I wasn’t name James E. Clayton the third, it’s because my parents were worried that the cruelty of youth would label me James E. Clayton the turd. What’s that? No one would call me that, you say? Well… funny story, I went to summer camp once and thought it was stupid that the counselors made me wear name a name tag… you know, because I was 12 and I thought everything was stupid. So instead of writing my real name I decided to write Turd Ferguson. Heh heh, funny name! And I guess I got what I asked for, because all month long my fellow campers called me Turd. They even called my brother little Turd. The collateral damage was unspeakable. So when it came time to pick me up and all the other campers were like “Bye Turd! See you next summer!” My parents almost had a heart attack. Try and try as they did, they just couldn’t keep their middle child from being called a Turd. What’re you gonna do, amirite!?

So then there was FRIDAY, and Friday rocked real hard. We took down Lyon St. steps and loudly proclaimed our free-ness in close proximity to several other PAID fitness groups. Andy “Hologram” Cochrane, Josh Zipin and Andrew Hutchinson decided to show up at god knows what time and run the stairs 800 times before we even got there. Standard. All in all it was a great week. We are looking forward to the second coming of Padraig the great, who returns on Monday.