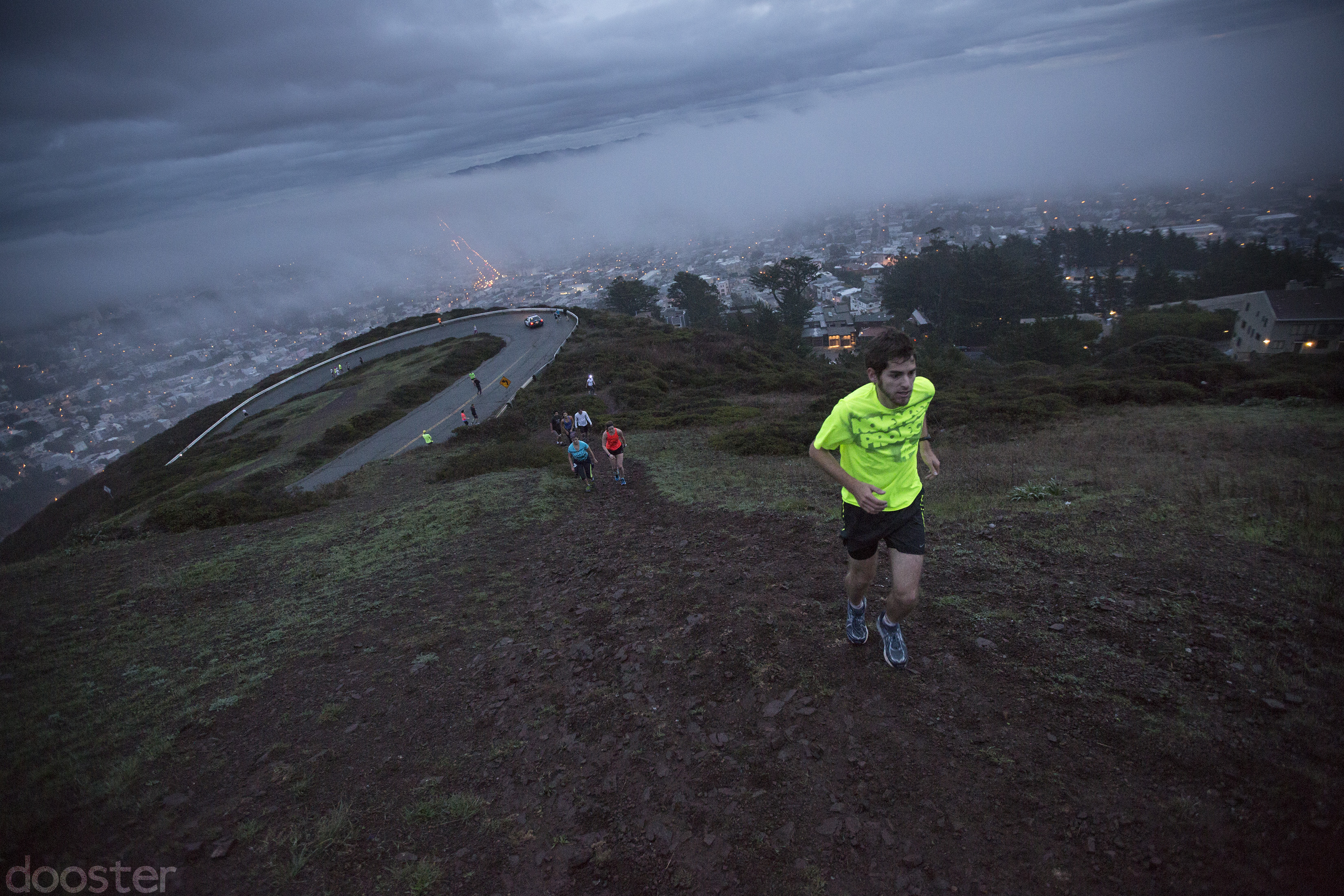 We barely have words for this morning. 100+ people turned out to Twin Peaks to crush hills the day before the big race. We had reps from Boston, SD, LA, Madison, Milwaukee, Denver, New York, and potentially more. We don’t know, it was too hard to keep track. The fog socked it in pretty thick when we kicked things off this morning, but luckily it dispersed in time for the finisher tunnel and the tribe at large got a grand view of the city from one of it’s most scenic points. Dooster did a fine job.

The Tribe headed en masse to Reverie for #breakfastclub with a record attendance, and a hell of a waiting job by Denver co-leader, Dan Turboletti. The man runs a tight ship!

Co-leaders biked across the Golden Gate, did a single rep of Hawk Hill, got some pics, swung down to Sausalito, ate some pizza, drank some beers, played some bocce, rode some ferries, did some stadium repeats, swam in the bay, and serenaded some sealions. All in a standard days co-leading!

Now the night before the big race, the Tribe carb-loads, the Tribe socialises, the Tribe plans strategy, the Tribe is ready to toe the line! Let’s get ready to race, people! Tomorrow morning, November Project take over the #ECSCA!

What time is it!?