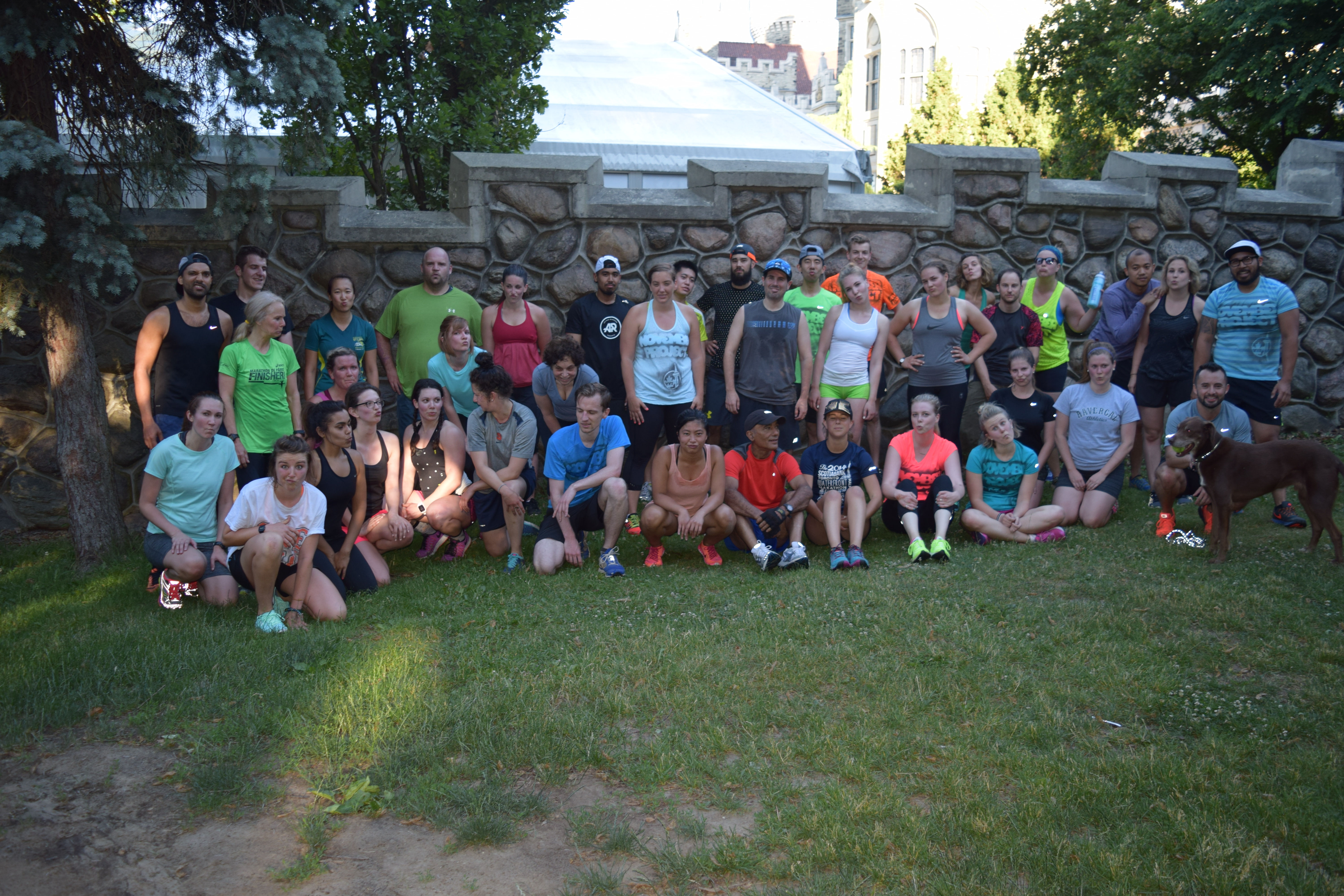 I’m going to start with a little shouting. BIGGEST TURNOUT YET. We hit 40 people plus a dog at today’s workout! Michelle and I are secretly (now not so secretly) aiming for at least 50 people at workouts by the time we have our one year anniversary on August 24th, so this is a big step in that direction. In the meantime, please carry on the strong recruiting work! You make this what it is, so the more people you share it with, the better it gets! #recruiteveryone

I don’t know if it’s the weather or what, but you guys are getting keen! I’m usually one of the first to arrive at the Steps, but when I got there this morning there were already a dozen of you hooligans out there. That’s fucking awesome. And so many new faces too!  That was a tough workout: if you can handle that, you can handle anything else that we (or life) throws at you. November Project: training for life. You heard it here first.

So I’ve done the obligatory British thing of starting a conversation by talking about the weather. Even after almost three years here I’ve still not been able to break that habit. Shout out to Amy from Leeds for doubling the number of British people at this morning’s workout! I’ve stated that you’re hooligans, dropped an f-bomb, reflected on how you crushed a super tough workout (as per usual) and made some absurd claims about November Project and it’s general impact on peoples lives. I’m doing well here.

The only other box that I really need to tick (or check, as you North Americans would say) is racing. Race season is once again upon us and I couldn’t be more excited! Any excuse to get out there, race my heart out, yell myself hoarse and then complain about my legs being sore is good with me! Good luck to everyone racing this weekend, and congratulations to everyone who battled through the heat last weekend.

And that obviously brings us on to Summit. THE event of the summer. THE best opportunity to get out there, race everything, yell yourself hoarse and then either complain about sore legs or just have a beer or two. In case you’ve somehow still not seen it, here is the video from last year. It’s going to be SO MUCH FUN! If you haven’t signed up and still want to, use the code NPON25 to take 25% off the registration… but hurry before the event becomes too full. If you need help finding teammates, let us know! All the details are here. Except the details about NP Olympics – they are here.

And with that, I will bring an end to the rambling. A massive thank you to Karl for taking the Yearbook Photos – we’ll release them as soon as we can. If anyone wants to run some hills, join us for an unofficial workout next Monday morning at Riverdale East Park – just before 6:30am.