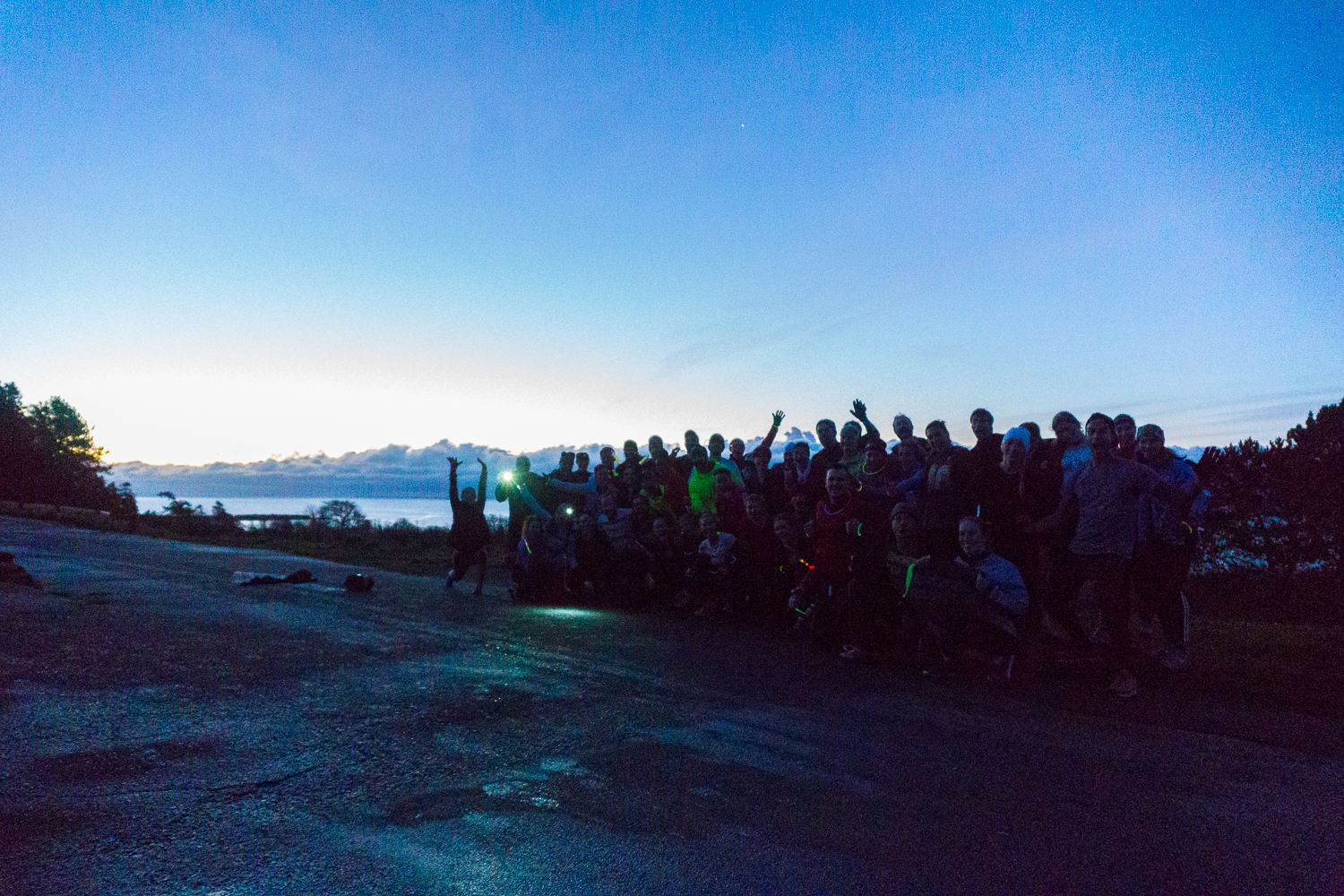 I’m not a man of faith, but I do know enough to be able to cite Ecclesiastes’ “…there is nothing new under the sun.” On the other hand, I am a man who believes deeply in the point of view of artist Austin Kleon, who advises – in a vein similar to the scriptures, perhaps – in his book Steal Like an Artist: “Start copying what you love. Copy copy copy copy. At the end of the copy you will find your self.”

But what I mostly know is those preceding lines are really just a flowery attempt at justifying the fact that for this morning’s workout, held on the darkest Wednesday of the year, we totally ripped off Seattle’s plan to #lightitup. (Thanks gang.)

So this morning we met under dark dark skies, met by Shannon and her 200 glow sticks and Jason and his plan for how to incorporate them into a workout, and got down to business.

And after copy copy copying Seattle’s theme, we found our own today: TEAM.

After warm-up we broke into 5 teams of 10-12 people each and together ate up one station after another of three body weight exercises per station, running between stations when everyone on the team had completed the exercises. Applying our TEAM definition of VICtory, Jason’s direction was that if any athlete finished their exercises before others, they could – and should – support their TEAMmates by taking on some of their remainder. Everyone worked their asses off equally, everyone on the TEAM finished the station as one.

Running from the station exercises towards our beloved Beacon Hill, we passed our tagging TEAM of Peter and David (and later Taylor), each of whom was sick or banged-up, but had nonetheless showed up in the dark to get our new NP community equipped with #grassrootsgear. Appropriately, we told them we loved the hell out of them.

A few sprints up the hill, with more plyos at the top for good measure on each rep, and we were ready for a dead cold pose in front of our drop dead beautiful front yard backdrop. As we wrapped, Peter, David and Taylor topped the hill with our off-gassing gear and handed it out to the tribe. In return, those three, collectively, received our #positivityaward.

Because, as we have quickly come to realize in our rapidly growing tribe, though it’s up to the individual to show up and bring their badass every Wednesday morning, it’s this TEAM and all that it brings, together – throughout workout in support of one another, in support of our workout like our tagging team today, or in support of building our family in the days, hours and minutes in between – that really has and will continue to make NP_Vic VICtorious.