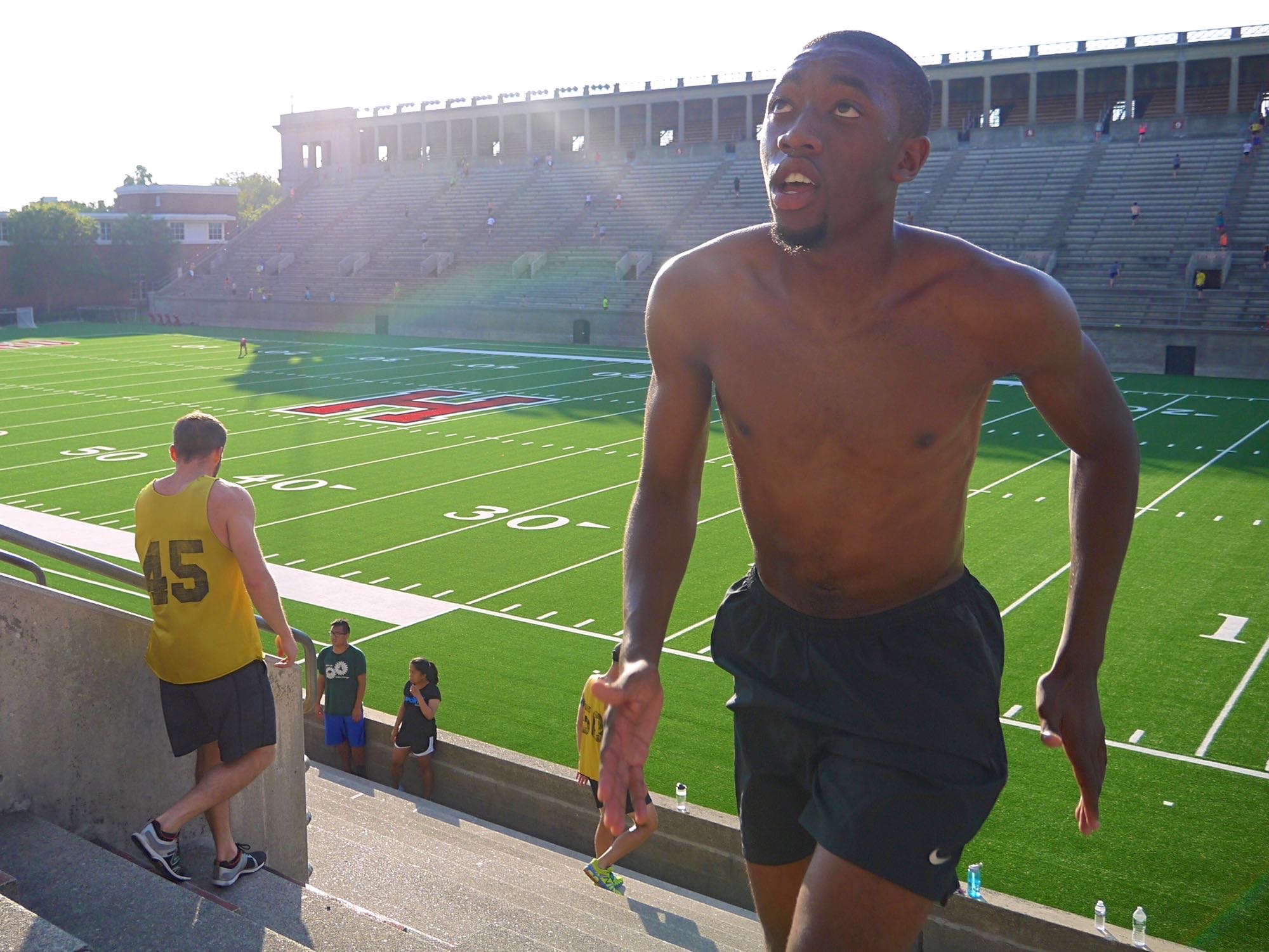 What do your voices say to you?

We all have those little voices that say shit to us about who we are, what we’re doing, and whether we’re doing it well enough.  I don’t mean the kind of voices with the intensity that go along with a diagnosis of Schizophrenia (most of us don’t have those), but we all have an internal dialogue that comments on most everything we do.

But when you’re new(er), you might not yet realize how deep that goes.

When you’re new(er), you might think that someone is only cheering for you because you’re so slow, unfit, unmotivated, uninspiring, blah blah blah…those asshole voices in your head tell you that fast people get cheered for because they’re fast.  The voices remind you that beautiful people get cheered for because they look amazing even when they’re 34 sections into the stadium, sweating like it’s their job, but it still looks sexy not gross, and their hair still looks good.  The damn voices say that other people get cheered for because, because, because…all the reasons that somehow say they deserve it. But I don’t deserve it, I’m only hearing people’s pity, their sympathy, or some other reason that isn’t about me deserving it.  That’s what our new(er) friend said after the workout–“they only cheered for me because I’m so slow and I looked like I was dying.”

Well, here’s the newsflash for the day.  Everybody gets cheered for because you DO deserve it.  The fight to be fast, fit, competitive, or better than I was last week (month/year) is the same damn fight for everyone.  The fight to be attractive, noticed, accomplished, impressive, or motivational is the exact same fight for everyone.  Just because Grady has a body that most people envy, doesn’t mean he lacks the ability to doubt himself.  Just because Ildi can crack the record for Frogman1 for the second straight time (way to go girl!), doesn’t mean that she never worries if she’s good enough.  And just because Roger McCarthy or Evan’s mom are old enough to be a lot of the tribe’s parents, doesn’t mean they must feel insecure or doubt how fucking badass they are.

The voices in your head can tell you exactly what you want to hear.  So if they tell you that the cheers you hear are for some reason other than you are awesome, valuable, and deserve to be celebrated, then tell them otherwise.

My friends, let the voices of the tribe become the voices in your head.

Track your time/sections for the workout today.  Let your voice tell all of us how awesome you are.

Challenge for Wednesdays in August: Frogust. This is a chance to do Frogman1 (50 sections) every single Wednesday of the month until the last one.  You will have trained so darn hard, and grown yourself from little tadpole to giant frog, by the time we get to the Last Wednesday of the Month (aka PR day.  aka RACE DAY), 37 sections will feel like a relaxing day off.  Ok, not exactly, but you get the point.  Normal varied workouts will be offered each week, but Frogust means that some of you will choose to do Frogman1 every damn week.  Good luck.

Challenge for Aug 10 – 16 in Boston: Free Fitness Community Building Week. This is a chance to learn about and try out any and all of the other free fitness opportunities in Boston, while still coming to NP all week.  Wear your #grassrootsgear.  Hug, be kind human beings like we are at NP and spread the love.  And then invite your new friends to check out NP too.  Let’s really build community.  Read more details about Community Building Week here.

Teaser: Friday is going to be fucking awesome.  Come to the hills and bring the people who always say they’ll come but don’t.  Seriously, don’t miss it. #VERBAL

One Reply to “The Voices in Your Head”