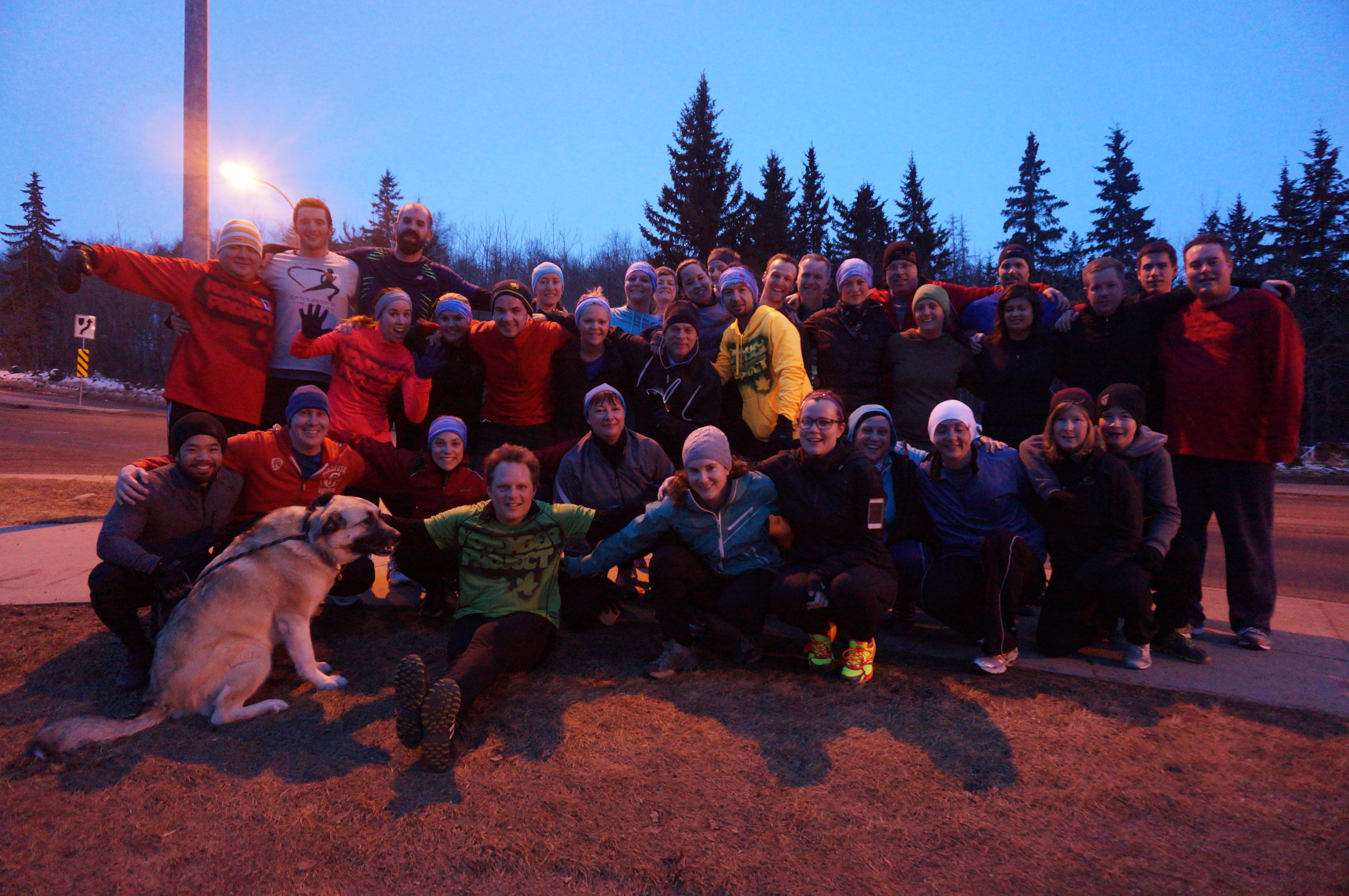 Something strange happened to me this morning. As I was making my way to the hill, I missed the turn off. Then, once I scrambled to figure out the next best route, I went the wrong way. As I kept making wrong turns, I ended up further and further away from the hill, magically, I still made it in time, but my mind was in a complete mess until I arrived at Emily Murphy Park. Actually, it is proably still in a complete mess, but let’s just say I was in less of a mess when I got there. The weather was fairly decent considering what we’ve been through the past 7 months. And once we ate each and every one of those hills, I got more and more excited because we would get to run through the Tunnel of Love and High Fives. I felt like I was in the starting lineup for Game 7 of the NBA finals, and about to lineup next to Michael Jordan as Owen took the tip off for us. (I know the facts. I’m too short to take a tip off and I’m ok with it.) And then, to top it off, instead of having flashing lights, we had the sun starting to come up.

One more thing: We are all human. We all have unique stories in our past.  It doesn’t matter who you are or what you have done in the past. At November Project, there is no judgement. We are all equal. We train to make us better people, and to help others become better people. We train for LIFE. Make sure you check out this story from November Project co-founder, Brogan Graham, as he shares how he is always training for life.

April 25th – 7-9pm – We will be at MEC for another night where we run around the store and cause chaos. I hope they don’t read this. We will head over to The Pint Downtown at 9pm to tell tales and drink plent of coloured water.