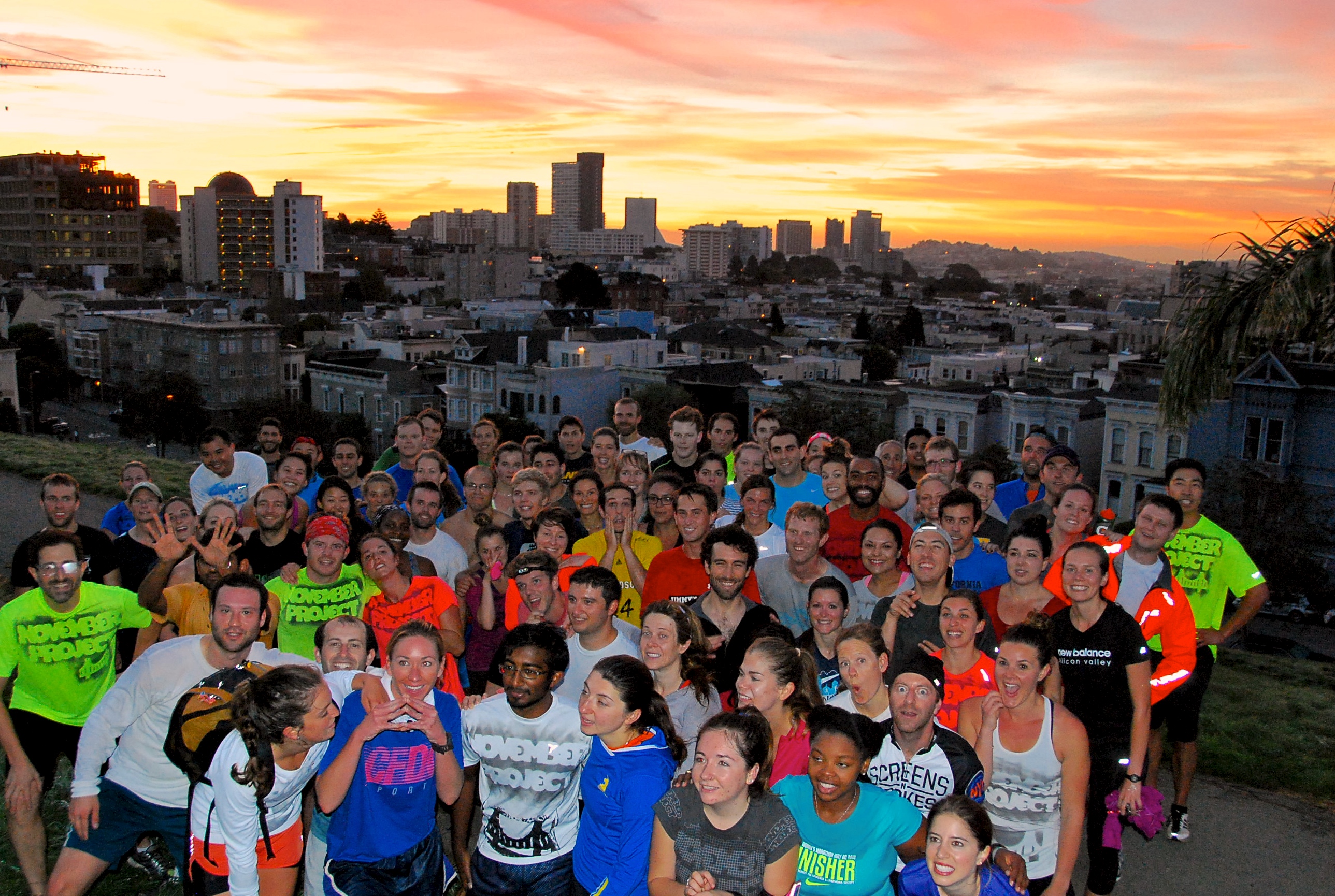 November Project is a community, not just a workout group. To some of you, we have beat this concept into the ground.

“I get it Laura, you guys like to hug, compliment each other, and actually show genuine interest in what I am saying. I get it.”

But instead of talking more about this topic, I am going to SHOW you. Because some people out there are visual learners, and I don’t discriminate amongst my learners.

This past weekend, a few events took place led by members of the NPSF tribe which were an open invite to the entire tribe.

There were non-profit fundraisers full of jubilation, giveaways, and smiles:

There were performances led by Beyonce’s idol and mentor, with throngs of NPSF fans storming the stage:

There were racers electrified by the energy of the NP cheer section at the NWHM on the longest and steepest hill of the race:

Speaking of the half marathon this weekend….

Nike hooked us up with some new shirts, and 3 pairs of sneakers to give away. Our original contest of a hill climbing contest fell through quickly as we realized A) There was no room to run B) The drum line was so fucking loud I couldn’t give instructions  C) We were having way too much fun cheering to stop and run hills. To those who were looking forward to that contest, I really apologize. It was a logistical fail. We had discussions with many of you at the race to determine who gets the shoes and these are the results (and I hope you all can see why):

Tantek is awarded Nike shoes for “Best Poster”. He held it for the ENTIRE 4 HOURS. The poster was such a hit that women were running back dooooown the hill to get a photo of it before their continued with their race. Now that’s a fucking good poster.

Huh? But didn’t Lindsay Bolt run the race? That she did, folks. On an injured ankle, yet still hit her goal time. This is all fantastic, but it was the fact that she walked/ran the 3 miles  BACK to the cheer section after she finished to show her support for the racers that blew us away. Lindsay is the girl that gives everything and expects absolutely nothing in return, especially attention for being such an integral member of this tribe. This was an obvious choice.

Sunish almost missed the bus. Lucky for us, and all the runners on the course, he did not. Sunish finished the final 3 miles of the race with Lindsay to keep her motivated and spirits high. After he returned to the cheer section, he ran up and down the top of that hill with every runner who looked like they needed a morale boost. He also broke it down with Sukant with his always-enthusiastic dance moves.

You ALL came out Sunday morning and cheered your absolute heart’s out. It was noticed.

These are real things. Rebecca Daniels did not photoshop these for me. These are not just “people you work out with”, this is your tribe. I support you and you support me. If you are new to November Project, to truly understand what it is we are doing here you have to fully engulf yourself in the community. Take the plunge and meet some strangers. You won’t regret it.

One Reply to “The Tribe Is Stronger Than Ever Before (SF)”