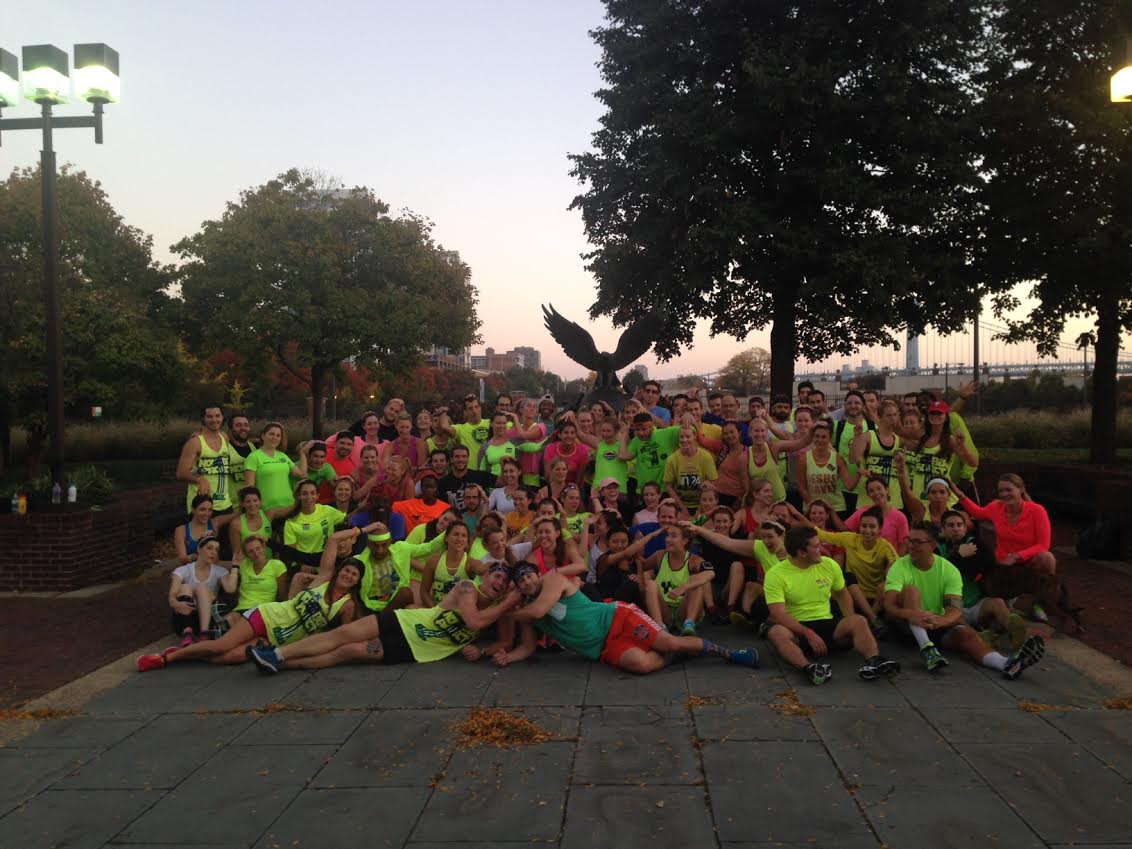 The Tribe never ceases to amaze me — today was a testament to just that.  This morning was planned down to a T.  Tribe Members contributed time, effort and resources to put together what was going to be one of the more epic workouts in NP_PHL history.  Ashleigh V. (NP_SD) and I scouted this nice piece of ground on the banks of the Delaware River last weekend.  We are talking amphitheater, steps, ledges, ramps…the stuff that makes for any great November Project morning.  Not to mention some killer views of the sunrise over the Ben Franklin Bridge.  Zach and DJ Eugenius were super generous and came out to mix it up while we worked out.  Anush had multiple cameras ready to capture the majesty of it all.  The stage was set.

Insert tiny little smart car with two park rangers.  After much discussion regarding permits, liability, blah blah blah, them talking to their supervisor, us talking to their supervisor, it became clear that this “perfect workout” wasn’t going to happen today.  Bummed (and unsure of where our large group was going to move) the Tribe didn’t miss a beat.  We gathered our belongings packed up and ran to the closest park.  We did 8 minutes of burpees and ran sprints.  We celebrated our good friend Pete’s last day as he leaves us for San Francisco.  We ate doughnuts provided by Matt and Paulina.  We wore neon and glow sticks provided by Beth and Sarah. We posed for pictures.

The morning was a hit.  Despite being run off our original site, a site which was primed for an incredible workout, the Tribe’s agility and ingenuity came out.  What could have been a disaster ended up being an awesome gathering of great people.  The collection of humans and athletes that we have can do some pretty cool shit.  The perfect workout may not have happened this morning but whatever happened was pretty damn good… #weekendearned