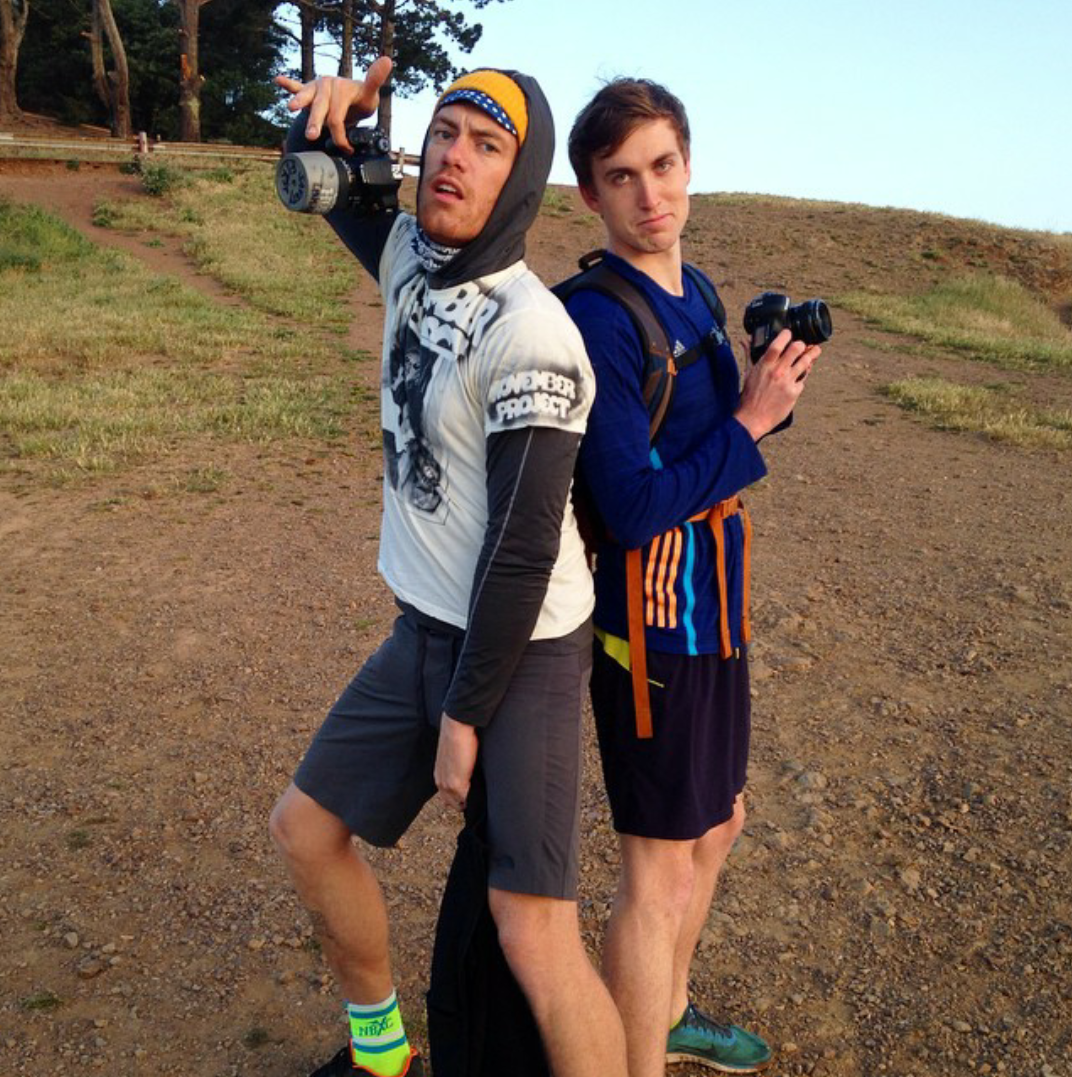 Picture the moment. Two men, one taller than the other. Two cameras with unnecessarily long lenses (compensating for something?). A large group of rowdy Tribe members. One gnarly set of trails. One unbelievable sunrise.

For the past few months, aspiring photographers across the #NewsCh19 have been trying out a third spot with the shutterbug aficionados, Dooster Film. McCloskey made some big plays at Corona Heights and Alta Plaza as of late. JustClayton didn’t quite make the cut with his #earlygang selfles, though at least the long fella doesn’t need a selfie stick. Paddy… well he rarely remembers to put the memory card into the camera.

But one man has come to the fore in this American Idol-esque battle of the lens caps. The big guy. BG. Ryan Scura of Dooster fame decided the best way to judge the NKOTB was a straight-up camera showdown against him. We also placed some secret judges throughout the Tribe this morning to help Ryan make his decision. Here’s what they had to say.

“At first I was a little starstruck. I mean Brogan Graham? That guy practically invented NP. How could I not vote for him. He’s almost as good with a camera as he is with Golden Grahams or whatever he eats for breakfast. But I show up to both workouts every Wednesday and Friday not to make other people feel bad about sleeping in, but to make sure I’m in the pictures that make people feel bad about sleeping in. And for those photos, I don’t see stardom or fame. I just see the bleary eyed faces of my competition.”

“Always good to see a young jedi try to challenge Yoda. In the end the young jedi showed great promise but fell short of his master. That little green guy can really move!”

“Was it my birthday today? Better believe it. I strutted my stuff on the catwalk today I can tell you that. If I had to pick someone that captured me the best, I’d have to say the new guy. Don’t know his name. He was pretty big with like 4 hats on. He yelled encouragement to me and everything. That’s how you start a birthday!”

“In between working on the matrix, the drought, and world hunger, I’ve always been passionate about sharing my glorious body with as many gentle souls as possible. The best way to do that is to become a chippendale. I use NP as a training ground. You’re training for a marathon? That’s nice. Why don’t you try outdancing Sukhant for hours on end. That’s what I thought. If I’ve said it once, I’ve said it a thousand times. Dooster can make you big time if you show up shirtless on the right day. Oh, wait can this gonna go in my tinder bio?”

There you go, people. The #Dooster_Pledge continues. Back to the drawing board for BG, and back to the search for Dooster Film’s third member.

P.S. Happy Birthday Mitch and Naomi. Hilary, we’ll miss you so much. Vivi, please don’t pee in public. And to Orrin, our LAX visitor. Great to have you tear up hills with us again, lad. People of NPSF, make sure you make a trip down to Orrin, Coach Steve and their slightly inferior hills in LA. They’ll run you ragged and you’ll have a blast!