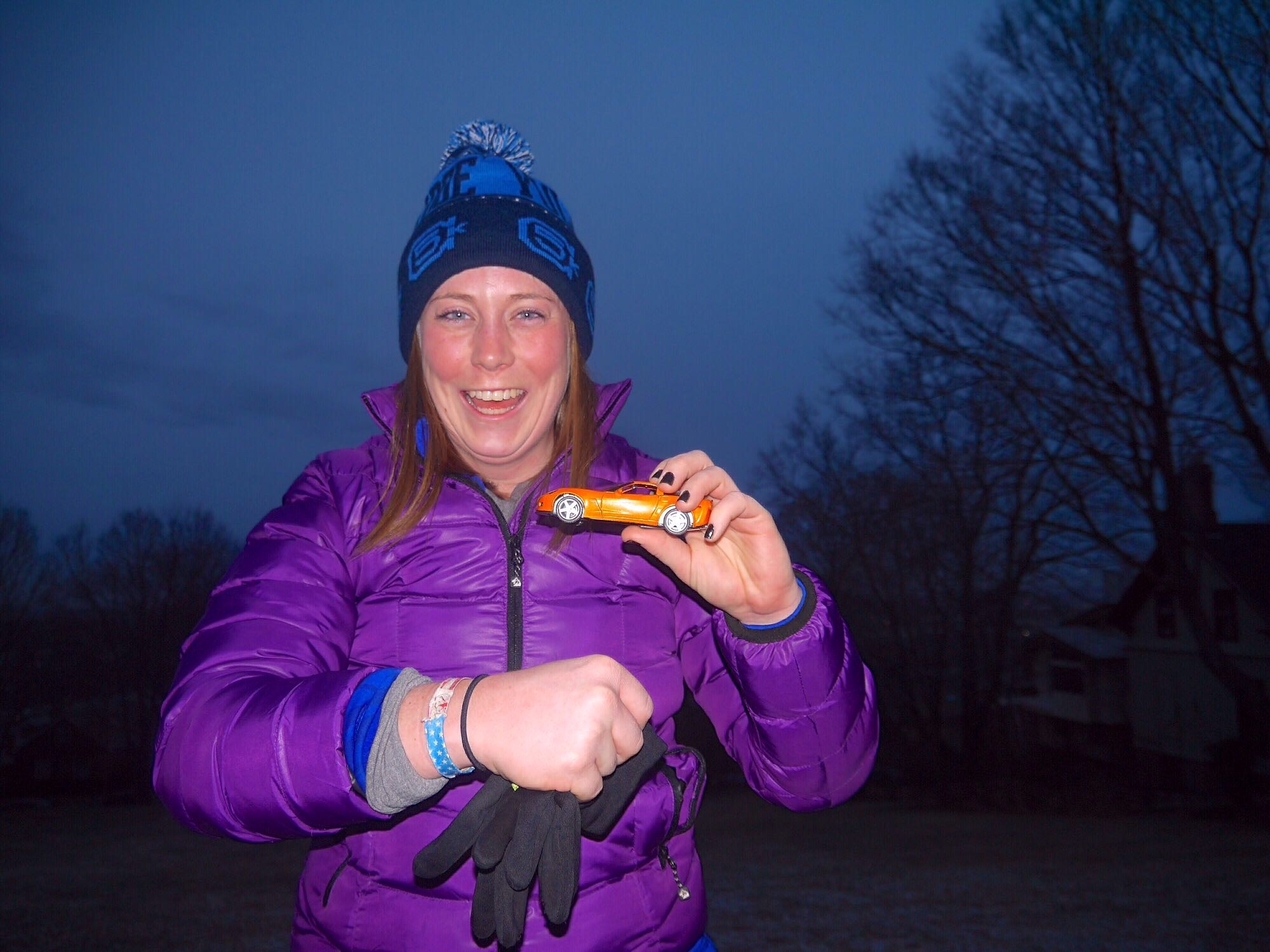 Once upon a time there was a free fitness movement called November Project.  All the members of the tribe would meet together three times each week to run, climb stairs, and do weird and fun fitness stuff that made them fit and feel like badass people.  It was a happy tribe, a supportive tribe, and a very weird (sometimes) tribe.  One day (The 4th of July 2014), one of the tribe Giants thought up something silly.  It wasn’t even a real idea. Not really. It was just an idea of an idea, and he let it escape from his mind before it was a whole idea.   He tended to do things like that from time to time, and the other tribe Giant would go along with it, not because he loved the idea, but because weird is usually also fun, fun is usually good, and good is, well, good. And because sometimes you just don’t know what else to do but go along with it.  The idea was to have all the tribe members put on little bracelets with an American Flag design.  Why? Well, that is another tale, for another time.

In order to create excitement and more weird fun, the tribe Giant told tall tales of the riches and rewards that one special tribe member would receive if he or she could outlast the test of time.  Whoever could wear the bracelet the longest would be the ultimate winner.  And November Project valued racing and outlasting lesser competitors very highly.  Not only that, but if anyone could achieve such outstanding bracelet wearing until the new year, they would win a car.  The Giant often spoke of magical things, as he tended to let not-quite-ideas out of his mind, but this was particularly imaginative and special.

Summer eventually waned and the leaves began to turn as Fall approached.  Mourning wails were heard through the social media networks as bracelet after bracelet fell off.  The true race of endurance was beginning.  Fall got colder and the warriors in the race became fewer and fewer, with only a handful of competitors still holding out.  They would honor the challenge with pictures and announcements that they were still carrying on–like a tribe within a tribe of proud believers that this was all for something.

And then, winter became very cold.  The calendar turned.  And it was finally clear that 2015 was upon the tribe and the race may have come to an end.  One lone, triumphant tribe member stood tall, having overcome all others who dared to try.  Emily Palmer still wore her old, tattered, foul-smelling and vaguely-patriotic 4th of July bracelet from the Giant.  Like a knight slaying the dragon and earning the hand of the Princess of the kingdom, Emily received her car from the tribe.  Did she drive her Corvette home, to work, around Boston with her friends?  The legend says that she does, leaving November Project tickets behind her and spreading positivity and weird, fun kindness wherever she goes.

The moral of the story: wear weird shit when Giants tell you to. You might just have a good time. And #WorldTakeover.

The real Fairy Tale is that we ran some hills this morning.  For free.  Full hills with no special sauce, spice, or gimmicks.  We ran until our cold bodies were warm and we ran as many hills as we could.  Track your score, you know, so you can keep track of your score.  Duh.

The moral of that story: You showed up. #WeekendEarned

The final Fairy Tale is that once upon a time there was a free fitness movement called November Project.  All the members of the tribe met together on Monday morning for the next Destination Deck, in Cambridge.  All the members gave a verbal to show up and then they just showed up.  And they found out where the location was on a map by using the November Project Tracker.

The moral of that story: Show up on Monday.  Monday’s are cool and fun.  You will win something awesome if you do.  Or you might not.  But you won’t know unless you show. And do your .

One Reply to “The NP Fairy Tale”