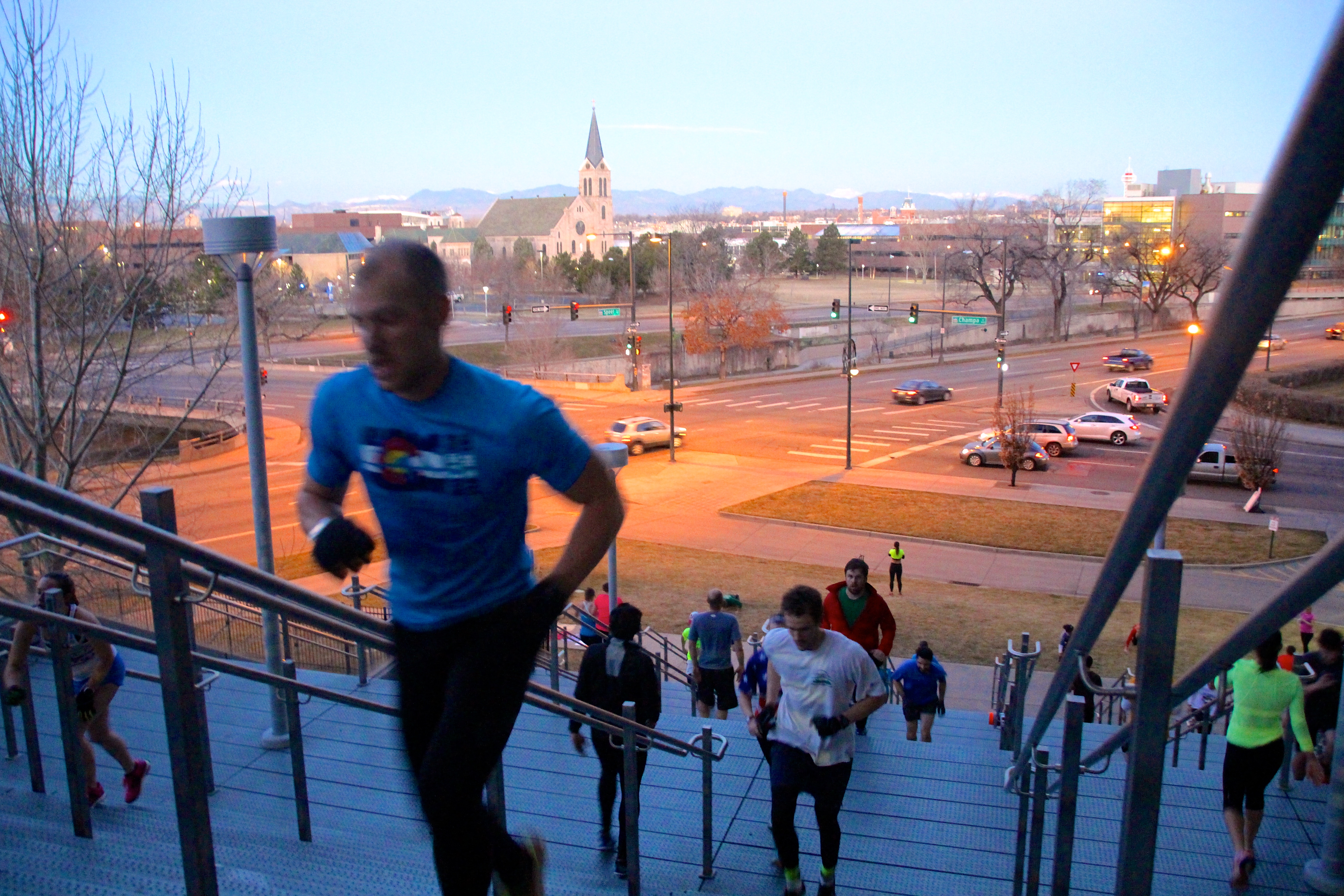 I’m sitting on the floor of my hotel room looking out the window into a cluster of downtown city buildings. The sun is out. The mountains are peeking through between the apartments and the office windows and whatever else these medium sized skyscrapers are used for each week. My time in Denver has been amazing to say the least. I laugh when I think about all of the smiles and work that has gone down since I landed here on Tuesday afternoon. I laugh when I think of Molly (one of Denver’s Co-Leaders) and I getting beers on my first night here – She’s so tiny that it looks like my daughter and I are out to talk about how things are going in the dorms in her first semester at college. I laugh when I think of how fucking fast Dan’s girlfriend was on the trail last night during our sunset run (Dan is the other Co-Leader out here). But most of all, I laugh when I think about the main question that both Molly and Dan asked me when they first knew I was in town, “What are you doing here?”

Bojan and I are now on the road. He’s holding down the East Coast and I’m now working from my home base in the West (NP San Diego’s tribe to be exact – member, not leader). November Project is what we do. We travel to connect with the tribes that are the current community in this movement. We talk the talk about a 16 city story but really need to understand what makes each city different and each tribe similar to the next. Knowing where we stand in each of these parts of North America is key in moving forward and considering new cities to add. With our Summit in September, with new cities currently pledging, and with an ever-growing population of members traveling from tribe to tribe, Bojan and I need to know what each tribe is doing right and which tribes are doing things really right. Getting the vibe via Facebook, Google Hangout, Twitter, and Instagram just doesn’t cut it. So, What am I doing in Denver? I’m here to see what NP Denver is all about.

“We’d better get a bounce on, its 5:30 and we don’t usually get our bounce on, but I’m pretty sure we’re being audited so just go with it,” Dan addresses the group in the dark on Wednesday morning. Both Molly and Dan were there well before the group began to form. They were shuffling cards and signs and creating some kind of magic. They are friendly and short with one another like they’re brother and sister. This last minute hustle took me immediately back to Bojan and I on Summit Ave, above section 37, or just steps away from the tribe at our new weekly location as the clock crept closer and closer to 6:30AM and we were still working out our plan – This time I wasn’t in the hot seat and it felt great and lame at the same time.

The workout was clear and fun: In the giant field at Civic Center Park, we had to flip a card in the mess of cards in the center of the main lawn. That card directed us to one of twelve locations on the giant clock that they’d build around the edges of the grass. As you went to that card’s location you’d read the cardboard sign on the ground and do whatever that sign said. Hoisties, 1-Legged Burpies (harder than you think), dips on a bench, let’s just say that the creativity and details were the kind that my dude Dan Clayton, Co-Leader of NP San Francisco, would have loved. The vibe was amazing, the sun was slow to come up, and the 6:15 gathering was starting to build. Like any city that November Project owns, the main event was the second group. The bounce. The hugs. The chill. The laughs. The piles of clothing from overheating racers who’re tossing their gear on the go. Denver’s tribe is everything that I miss about Boston. The leadership in this tribe came from Boston. They were core members. They know how to push the group and fuck around at the same time. They know their shit. They know their people. They’re both friends with and leaders of the mob. They’re connected to the City of Denver as adults in a large part because of November Project. Like Bojan and I, both Dan & Molly have mornings where they have a hard time getting out of bed. But the do. They get up, they get out and the build this thing. I can go on and on, and will if you ever ask me in person about NP Denver. Amazing.

Last night I went with Dan and his lady friend Julia to run Green Mountain just a dozen or so miles outside of Denver. I got to pretend that we were running in the mountains because we could see mountains, but I knew that we were actually in the foothills and that these two racers didn’t really notice the steep climbs and thin air at all. The sun was setting and I felt like any single snapshot of the three of us, spaced out from one another with a city block between us, could be plastered on the side of a bus or at the entrance at Outdoor Retailer or something. Scenic would be an understatement. Alone, feeling connected with Ma Nature and my breath the sun was going down. Darker. Colder. We just kept moving. Dan was way up in front of my and his frame could be seen passing over each peak (again, I get to call them peaks, they saw hills). Dan, the racer who lead Boston a few years back in almost all of our workouts. They guy I chatted with in the late winter of 2013 before his move about possibly leading an NP and how both Bojan and I would back him if he wanted to go that route. Dan… Dan the man. Again, scenic would be an understatement.

Today. The early group was fierce on the steps of the Convention Center. The same audit joke was made and the same bounce happened. Faces from SF, NYC, and Boston were all in the mix. 35 mins of as many flights as you can do. Between sets of 3, you had to drop and do 10 pushups. Simple. Volume. This is November Project at is most basic and perfect setting. Walk them, run them, sprint them, race them. Race yourself, the girl you showed up with, the dude you don’t yet know but hope to, or the family member who’s always been “the faster one in the family.” Racing happened. Sunrise happened. Encouraging words and high fives were exchanged. Traffic just a few feet away began to pick up as the sun became brighter. The ages, body shapes, level of enthusiasm, and range in athleticism was that of Boston’s tribe. This is a true November Project that is truly for everyone and gives people the chance to be fierce and fun and nice to strangers.

In each of these trips we want to make it clear that we’re not there to lead, we’re just there to take in what each tribe is about. Making an announcement or taking control of the group isn’t what we came to do. But, in true BG form, just after snapping the group photo on my touristy shaped camera I told the group what I thought of them, the current state of the movement, Denver, and how the new athletes in the group just need to show up and try and that the elite athletes in the group can use this training to smile more and be fierce with fun. I got my gear tagged. And later today I’ll get on a flight that will take me back to Souther California to my wife and my homebase to plan my next journey (SF next week).

So what’s Denver like? How is the November Project Denver tribe? I don’t really want to tell you much more. I want you to plan your half-week away from your job and life. I want you to join Dan and Molly and their mob of great people. I want you to see the sunrise and sunset over the giant Rocky Mountains just a few miles down the road and always within sight. I want you to come here and decide for yourself. I think this tribe is stronger than strong but I want you to join them and prove me right.

Thanks for reading this rant.

One Reply to “The November Project Denver Tribe by Brogan Graham”