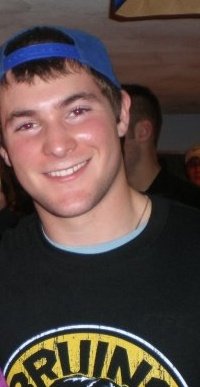 Many people may remember a core tribe member who goes by the name of Alex Boches. Always smiling. Always a great person to greet you on a foggy San Francisco morning. Always down to go for a jog or beer whenever a tribe member was in need. Always down to trail race, run Ragnars, shoot the shit. And he did all of this even though he lived in the outer reaches of South San Francisco, in the suburb of Potrero Hill. In March, everything was looking up for the Colby lacrosse grad. He was moving to North China Hill. He was going to be within a mile of two workout locations. He was selected as the 23rd hottest single person in San Francisco. He had 255 friends on Hinge. He found himself a new lady friend (and was out-kicking his coverage). Holy shit. He had it all.

But then, he disappeared. Seemingly. We didn’t see him at workouts. He missed verbals to early morning hill sessions and late night beer sessions. But oddly enough, his name still kept popping up on result sheets from races the Tribe took over.

So why do people keep popping into photographs with Alex’s bibs, but clearly are not Alex Boches.

Is he scared of the NSA and doesn’t want to be photographed, so is planting body doubles in photos?

Does he think 4 digit race bibs make him look big-boned? Or doesn’t want to work out and lose the man bod (dad bods are in after all).

Or is he giving all his bibs to faster runners to get him to qualify for the Olympics or something? I think people might catch onto that trick, Alex. It’ll be much easier to run it and sneak onto the Muni for part of the race.

NOTE: This is not a “We Missed You” Post. He didn’t miss a verbal for this morning. This kid is well beyond that. We’re at 19 missed verbals and counting. Just an attempted push to get an old core member back on track and out to the workouts. Alex, show the fuck up! The Tribe misses you!

Oh today, we also did a great workout. 25 minutes of partner laps and exercises, followed by a 7 minute burpee session. Great start to the week!

Friday. We take on the continent and defend our title in the #Sunrise6K. Meet at Giants Promenade at 6:05AM. The gun goes off at 6:15AM. Drop your verbals and record your times in the Tracker. More information and shit-talking at the Facebook event page.