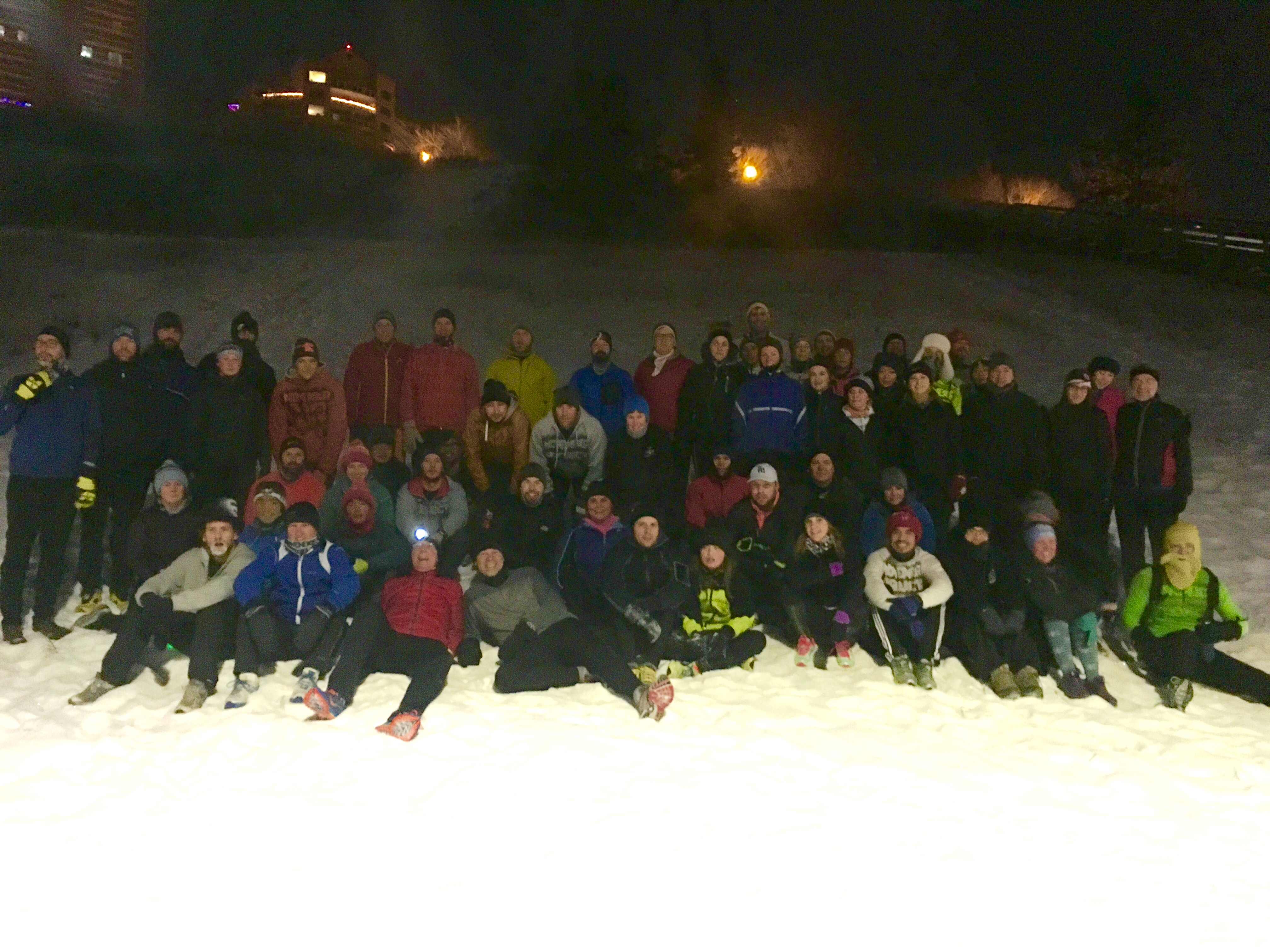 Today was 28:19 day, race day. We raced each other, raced ourselves and pushed to try to beat our previous stair totals. Keith won the hat, he’s been away from us for a bit but returned like a wrecking ball, and Chloe won the shirt, winners of 2015. Today was also our last workout of 2015. Since there are so many year end type things at this time of year, I’ll make a my own little one.

Easily my best November Project moment of the year was September 9 when I was introduced as a co-leader. The last few months, learning from my three other leaders, planning workouts, trying not to screw up too many names and figuring out how to step my social media game up, has brought me to where I never thought I would be when this year started. If I have helped any of you grow just a little bit this year, run just a little bit faster, try to have perfect form on a pushup, overcoming that fear of long haired tattooed guys by getting a huge, sweaty hug from me, then I have done my job.

Back in January I received the Positivity Award and it was huge for me, like I said in another post that I’m not big on medals and things, but the Positivity Award is different than all those, its not rewarding skill or speed (ok, sometimes it does), it rewards character and the effect that it has on other people. I was honoured to have it for the week.

There was this thing in Utah about a summit and a race but I wasn’t there, so moving on.

As much as I love a hard workout on Mondays, even better are the days like playing grab ass, oops, I mean capture the flag at Hawrelak or shooting water guns and tackling people in the city hall pool.

But out of all of this, nothing beats the friends I have made, laughs (and beers) shared at slopitch, soccer, races and backyard BBQs, hugs given and hopefully received and the fuck yeahs. I hope the year was as good for all of you as it has been for me and for next year to be even better.

See you in the New Year, Friday at Walterdale Hill, 6am. Come sweat out those drinks if you’re partaking and skip the hangover, believe me, it works.