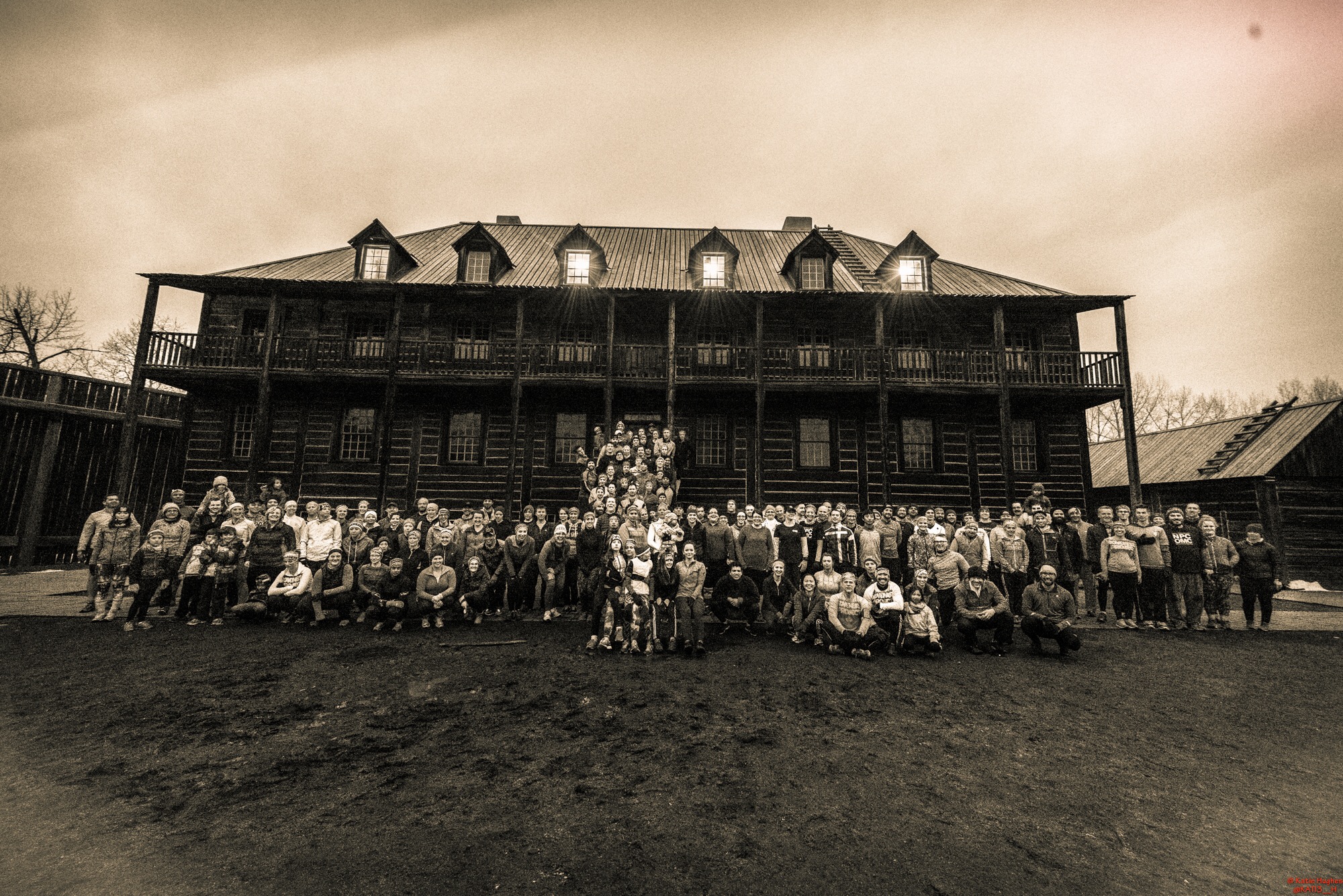 In my head, I had hyped up this workout so big, that I was feeling like it would never live up to what I wanted it to be. I was so excited that I only fell asleep at 1am and got up extra early at 430am. Things that you are this excited about either meet your expectations or are a let down. It is rare that they still take your breath away.
As soon as I turned off Fox Drive and saw the steady stream of cars coming in, I knew today was going to be special. And then, I turned into the parking lot and saw a giant crowd of people hanging by the cars. I can’t even put into words how cool that was to see. The stage was set.

I have some very vivid memories from November Project in the past 2 years but I don’t think that any of them can ever come close to what happened today. It was the perfect mix of energy, kindness, positivity, randomness and weird that defines what November Project is all about. I’m not sure how we ever top this, but I can’t wait to try.

I’m going to try and recap what happened this morning from my eyes, but I know I will never do it justice.

The Run In – We paid off the security guy with hugs and a lifetime membership to November Project and he let us all in.


The GOATs – I’m gonna spend a bit of time on this topic. My first thought was that I thought we said no pets. And who has pet goats? And then, I thought that the zoo workout was 3 months ago. I know we say #justshowup all the time, but goats? How random and amazing is this. And they were VERY interested in the Hoisties and the Oil Drillers. Then I thought it was a surprise until I was informed that they were not even allowed in the Fort area. They’re allowed in the main grounds, but the Fort area is locked by the giant doors and the only way in was through the giant rat hole we all climbed through. That secret entrance was opened for the first person who entered and then closed once we all got in. That means, the two goats followed everyone in, and other people followed the goats in. The goats were probably thinking “Look at all these people! Let’s go see what they’re up to.” I still can’t wrap my head around that. I’m not sure what was more hilarious: Having goats at the workout, or doing a workout while goats wandered around and no one gave a fuck. Once we started acting like monkeys, I knew those goats were scared and we had to get them out. We have never had to stop a workout and herd goats before. Today was a first in the history of November Project and you were all part of that. I hear they escaped the grounds at the end too. They clearly didn’t learn their lesson. Thankfully they were herded back in because it would have been a complete disaster. Did our workout seriously get crashed by two goats? We had to pause our workout… for goats…. Stop and think of how ridiculous that will forever sound.

The Workout – I probably laughed the entire time. It was pure chaos! There was so much happening everywhere. I can’t decide if Save the Beaver was my favourite or if it was the choo choo trains… Or was it I Can Fly…. Or was it the people who were from be future….. Or was it when people would say I love you to the log. I must say, it was really awkward when someone tells you that you are their sunshine, and you are not ready to say those words back. Back to the goats… They were very interested when we were demonstrating the hoisties and oil drillers.

Today was real. All of this happened. It still feels like a dream.

Huge thanks to Katie and Steven for capturing today’s madness.

And an even bigger thanks to Chris for putting up with my ridiculous requests and convincing the security guard to let us know in. His coworkers probably think he’s crazy after al of the things I had him ask them.

The fun is going to continue on Monday for our Easter workout. Go HERE!

Ps. no goats were harmed in the making of today’s workout.